Israel, Apartheid, and why Albo is seriously wrong and seriously right 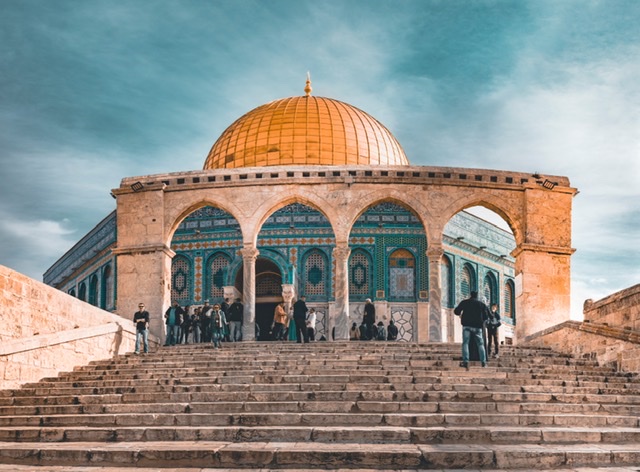 The zoom conducted by Mr Albanese, the leader of the Federal Opposition, with the Executive Council of Australian Jewry has received wide publicity and greatly angered the Palestinian diaspora in Australia. This is sad and ironic, given Mr Albanese has a long history of supporting Palestinian rights and helped found the federal parliamentary friends of Palestine.

So, where does the problem lie?

All cultures and languages use words and phrases from other peoples to convey meaning, particularly when one’s own language does not have an exactly equivalent word.  Many Italian and French words are commonplace in English (Australian) usage as of course are words from more ancient languages such as Greek and Latin.  Apartheid is an Afrikaans word that means apartness or separation.  It described a government enforced system of racial segregation. The word has power both to describe and to shock.  Indeed, Israel has its own word for the same reality – Hafrada – which carries the meaning of both separation and segregation. It is used by the Israeli government to describe their policy.

Apartheid is the predictable outcome when the political theory of Zionism is enforced on a subject people.  (I distinguish between Zionism as a theological or cultural construct and Zionism as an enforced political dogma).  Mr Albanese is quite wrong to dismiss the words of the Nobel Peace Laureate, Archbishop Desmond Tutu, who describes the situation facing Palestinians as directly akin to the situation facing black and coloured South Africans under the apartheid regime.  However, the term is no longer applicable simply in comparison with South Africa.  The Rome statute of the international criminal court states “The crime of apartheid means inhumane acts of a character committed in the context of an institutionalized regime of systematic oppression and domination of one racial group over any other racial group or groups and committed with the intention of maintaining that regime”. While not wishing to apply the word ‘apartheid’ within Israel itself, nevertheless the Nation-State-law of 2018 provides for 65 laws that discriminate against Palestinians, 20% of the population.

He is also wrong to dismiss the recent poll to emerge from the US that indicates a quarter of all American Jews describe Israel’s control and treatment of Palestinians as Apartheid while the figure amongst younger Jews is even higher. While it is true that poll results are determined by the questions asked, it is undeniably true that a significant proportion of the Jewish diaspora is highly critical of Israel and its abuse of human rights and the Jewish members of APAN will attest that ECAJ, and least of all the Zionist Federation of Australia, do not speak for them.

Finally, he is wrong not to take seriously the highly respected Israeli human right organization B’Tselem which uses the word apartheid to describe Israeli policy of systemic human rights abuse in the Palestinian territories.

Apartheid is insidious in its advance.  It starts with annoying rules which apply to one race but not to others.  It proceeds with tools of identification which permit one group freedoms which are denied to others. It climaxes in one race being systematically ‘cleansed’ from homes farms and villages they have occupied for generations to be corralled into smaller and smaller areas of deprivation and poverty, with violence used to keep them in place. Palestinians experience all these phases. Sunday’s news stories from the Israeli paper Haaretz chronicle the story of a Jewish settler on the West Bank shooting at Palestinians while the Israeli military watched on.  Stories of apartheid emerge every day and visitors to the West Bank, East Jerusalem and Gaza will experience them for themselves.  From my own experience I echo the words of an Australian parliamentarian who, following his week in the Palestinian Territories, said “I cannot now unsee what I have seen”.

Apartheid is the most apt word to describe the situation faced by Palestinians and I encourage all who claim to stand for universal human rights, especially politicians, to name the reality, in keeping with the legal meaning of the term in international law.

On the other hand, Mr Albanese is seriously right in his reassurance that a government he leads will recognise Palestine in its first term.

Israeli leadership is of the view that the whole of the West Bank (known in Israel as Judea and Samaria) and East Jerusalem will be part of Israel, but the Palestinians who live in these areas will never be part of Israel.  Numerous senior ministers in the Knesset are on record as saying that not one inch of these lands will ever be ceded to Palestinian control, nor will Palestinians be granted Israeli citizenship. Netanyahu and the current prime minister, Bennett are part of this chorus. It is the charter of the Likud party.

In 2010, Henry Siegman, former director of the American Jewish Congress and the Synagogue Council of America, wrote:

Israel’s relentless drive to establish “facts on the ground” in the occupied West Bank … seems finally to have succeeded in locking in the irreversibility of its colonial project. As a result of that “achievement”, one that successive Israeli governments have long sought in order to preclude the possibility of a two-state solution, Israel has crossed the threshold from “the only democracy in the Middle East” to the only apartheid regime in the Western world.

That is why recognising Palestine, recognising the right of Palestinians to exist, is so important and the foundation of any just and peaceful future that may lie ahead.  Recognising Palestine does not pre-empt a future.  It is however essential to affirm that both halves of the population that almost equally occupy these lands deserve an equal share in that future.

I applaud the courage of Mr Albanese and his colleagues in the Labor Party for making this stand and for staking a claim on the right side of history.

Both Israelis and Palestinians deserve better than their current crop of politicians. They serve neither peoples well.  If they stay on their present trajectory, unhappiness fear and violence will be the common lot of all who live in this unique slice of planet earth for the foreseeable future.   But it need not be this way.  There is every reason why respect and a desire for mutuality will lead to shared flourishing. Walls, armaments and a disgraceful political class will keep both peoples from living the life they both deserve.

Mr Albanese, thanks so much for your long history of speaking up for human rights, but in this case, do not be afraid to name the situation for what it is, for only in naming it, can pressure be brought to change it.