It is critical that the housing bubble is safely deflated 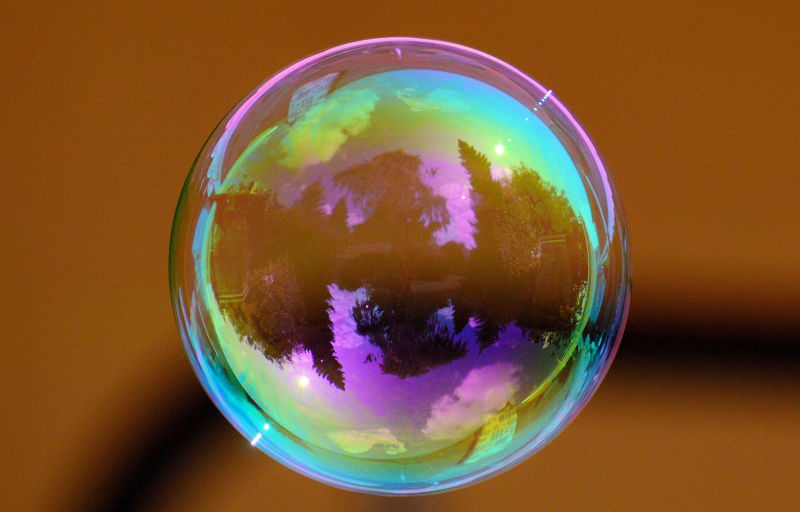 The reason for the housing bubble is commonly attributed to tax breaks on capital gains and negative gearing. Image: PxHere

Stratospheric housing prices are perhaps the most critical domestic issue in Australia. Not only are a collapse of the housing bubble and a recession now threatening, but homelessness and rent stress, unaddressed and exploited, can quickly fester into ugly politics.

The elephant in the room is the excessive money created by under-regulated commercial banks. Housing prices are a prime driver of severe inequality and a serious threat to the stability of the Australian economy. Rises in interest rates threaten to collapse the very high levels of household mortgage debt and bring on a serious recession. The dream of home ownership is disappearing for many.Homelessness and rental stress are rapidly increasing problems. Around 5 in 1000 Australians are now homeless and rental stress affects around a million households. Australia, let us remind ourselves, is still a very prosperous country, per capita. The problem is severe inequality.

The un-affordability of housing has undone most of the gains of the postwar decades. Why should home ownership be more out of reach now than it was in 1960? The cost of building a house can’t be much greater, relative to average income. It is the cost of the land that has inflated. There is a speculative bubble in land prices.

The reason for the housing bubble is commonly attributed to tax breaks on capital gains and negative gearing. It is true these encourage more existing money to be channelled into investment properties, but they are not the biggest factor.

The difference between now and 1960 is that bank loans were directly regulated back then. If the economy was ‘overheating’ there would be a credit squeeze. The rate at which banks could issue loans was restricted. This market intervention was overseen by that wicked old socialist Bob Menzies.

The present practice of using only interest rates to influence bank lending is indirect, only marginally effective and prone to triggering a collapse into recession, as Paul Keating found out in 1990.

Debt levels are now so high that limiting bank loans might also trigger a recession. Our economic managers, led astray by the deregulation ideology, have steered the economy into a precariously unstable state. It is hard to see how to fix the problem without triggering a crash.

Economist Steve Keen has proposed an escape route that would bring prices down while preserving the equity of present home owners. There are two parts. First, a reversion to regulating bank credit, Menzies-style. Second, a monetary reset to deflate the debt bubble.

Part One: regulate bank lending. This could be done by squeezing credit until prices stabilise. Alternatively or as well, Keen proposes that mortgage loans be capped at a multiple of what the property could be rented for, though rents are now also increasing.

Part Two: a monetary reset. The essence of Keen’s proposal is to convert around half of housing equity into bond equity, so house prices could drop by half but present owners would not lose the equity they have. At the same time mortgage holders can pay down their debt to something more manageable.

The government, through the Reserve Bank, creates fiat money to pay into the bank accounts of every adult resident. Anyone who has a mortgage loan must use the money to pay down their debt, so their debt might come down by half or more. Anyone who already owns their home must use the money to buy government bonds; the equity in government bonds will replace the equity their house loses as prices come down (because of Part One). Those who have fiat money left over from paying down their mortgage will use the balance of the money in the same way as home owners, which they now are, i.e. to buy bonds. Renters and others who do not own a house must also buy government bonds: they end up with an asset they did not have before. This would (partly) compensate them for having been effectively shut out of the housing market.

These are delicate operations that would need to be carefully thought through. Keen has done the first pass. Requiring all the fiat money to be used to buy government bonds ensures that none of the extra money ends up circulating in the economy, so inflation will not be triggered. The payment of loans and the conversion of fiat money to bonds could be done automatically by the banks, so most people would not have to do anything. You would be able to sell your bonds if you wanted, but that would require a buyer who already has money, so again no new money would be added to the economy. The private banks would return more to facilitating useful investment, as they used to, instead of facilitating property speculation.

The end result of this scheme is that present home owners would have some of their home equity converted into government bonds and they would be no worse off. Holders of large mortgages would have their debt reduced by half or more. Renters and others would have an asset they did not have before.

Would the latter be a handout? Yes. Is that a problem? Well, big businesses get handouts all the time in the name of managing the economy (tax cuts and billion-dollar gas pipelines anyone?), the wealthy have been benefitting from a highly skewed economy and the poor have been screwed.

Remember, the Rudd Government put money in the accounts of pensioners as part of its successful counter to the GFC in 2008, so Granny and Gramps could go on a shopping spree to help to save the economy. The Morrison Government put rather more money into private accounts to tide (some of) us through (some of) the pandemic disruption.

This scheme seems to be an ingenious way out of the trap we’ve been steered into by ideologically misguided economic management. It certainly needs to be carefully examined and debated, but that debate needs to involve people who properly understand the money system, as well-explained by Stephanie Kelton in The Deficit Myth and by Keen in Debunking Economics and The New Economics: A Manifesto.

Dr. Geoff Davies is a retired scientist, an economics critic and the author of Economy, Society, Nature and The Little Green Economics Book; http://betternaturebooks.net.au.