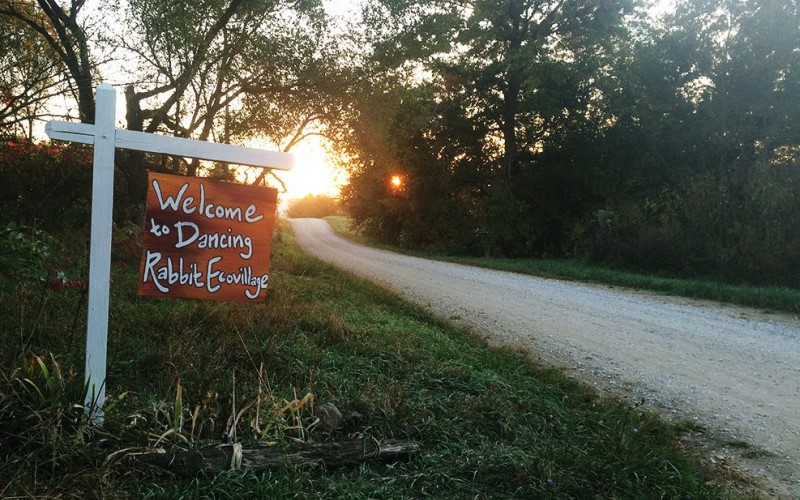 As the climate crisis worsens, some progressives have seized on a way to save capitalism from itself. But that task is impossible.

One of the strongest movements in US politics in the past decade has been the Green New Deal. Its advocates dominate the progressive wing of the Democratic Party, and offer hope to the many Americans who have been worn down by the nation’s drift to the right since the original New Deal that saved the US from the Great Depression in the 1930s.

Advocates have seized on the Green New Deal as a way to solve the big global problems, enabling capitalism to pursue growth and affluence for all while eliminating environmental and other problems. But capitalism cannot do this.

Supporters are for a collection of admirable goals which it is usually taken for granted can be achieved within a capitalist economy and while the pursuit of economic growth continues. Here is an indication of the main reasons why these assumptions are mistaken.

The fundamental assumption underlying these beliefs is that economic growth can be “decoupled” from resource and ecological demands and impacts. That is, it is claimed that rate of production and consumption can continue to increase while the resources needed to do this can be reduced to sustainable levels, along with the environmental damage it causes. This comforting faith is widely held, including by major global institutions.

It is disturbing that this tech-fix faith persists despite the mountain of evidence that it is wrong. Anyone still unaware of this should consult the massive studies by Hickel and Kallis, Parrique et al., and Haberle et al. The second lists over 300 studies and the third lists over 850.

There are some areas in which production is being achieved and/or could be with reduced impacts, and transition to renewable energy is an important instance. But what matters is whether the overall output of an economy can be reduced as its GDP rises, which is “absolute” decoupling. The above reviews conclude emphatically that despite constant effort to increase efficiency and cut costs, absolute decoupling of resource use and environmental impact from GDP growth is not occurring, and that greater recycling effort and transition to “service and information economies” are not at all likely to achieve it. Despite constant effort to improve productivity and efficiency, in general growth of GDP is accompanied by growth in resource use.

The reviews emphasise that there are not good reasons to expect absolute decoupling in future; in fact the trends are getting worse. Diminishing resource sources, falling mineral grades, rising energy costs, rising environmental costs etc. are requiring more effort and resources to maintain output levels.

The demolition of the decoupling faith has been central in the rise of the Degrowth movement. This has emerged from the basic “limits to growth” argument put by Meadows et al. 50 years ago yet largely ignored until recently. There are now a large literature and many agencies and conferences working on the fact that levels of resource use and environmental impact and thus production and consumption are now far beyond sustainable levels, and thus that the only viable solution has to be significant reduction in these levels and in GDP. Capitalism cannot do this.

What very few realise, including most within the Degrowth movement, is the magnitude of the reduction required. My study of the issue concluded that if by 2050 all the expected 10 billion people were to rise to the GDP per capita we in rich countries would have assuming 3 per cent economic growth, then rich world per capita consumption would have to be reduced by more than 90 per cent. That’s a measure of how grossly unsustainable our present ways are. But it’s worse than that because the arithmetic does not take into account the deterioration in resource availability and environmental conditions that will have occurred by 2050.

So how likely is it that tech fixes could cut impacts to around 10 per cent of present levels while GDP rises to about 2.5 times its present level by 2050?

If these kinds of studies and numbers are at all valid then there can be no solution but to dramatically reduce rich world levels of production and consumption and GDP. That would mean astronomical change in our present economic, political social, settlement and cultural systems. It is not possible to imagine social systems that enable satisfactory quality of life on extremely low per capita levels of material consumption unless we accept that most of us must live in communities that are small, highly self-sufficient and self-governing, very collectivist and above all content with very simple materially lifestyles. It is not difficult to design a viable alternative Simpler Way of this kind… but it could not work unless there was general willing acceptance of far simpler systems and lifestyles and thus the abandonment of the pursuit of monetary wealth, property and ever-rising GDP.

This is the general goal that many are working for now, for instance within Degrowth, Ecovillage and Transition Towns movements. The Dancing Rabbit ecovillage in Missouri provides an example project, with people living on 5-10 per cent of average US resource consumption enjoying a quality-of-life index higher than the US average.

Obviously at present it is extremely unlikely that we could get average Australians to listen to any of this, but their problem is to come up with an alternative analysis of the situation and the way out. And let’s see what they think when the limits-to-growth noose tightens and the coming mega depression hits. They might then realise that they had better start building local resilience.

Capitalism cannot do any of this. Growth is one of its defining characteristics. It is about the owners of capital constantly looking for investment outlets for their ever-increasing volumes of capital. They have no choice; it’s grow or die. If a capitalist doesn’t try to take or generate more sales opportunities, then his rivals will do it and drive him bankrupt. Capitalists are trapped in capitalism like the rest of us.

But could capitalists compete within a capped system? Firstly that would not be capitalism; it would be a kind of socialism, and it would soon lead to one firm in a domain killing off the rest. If the state intervened to stop that it would be managing the economy, deciding which firms should have which shares, setting up a cosy mutually beneficial arrangement with a favoured few, more commonly labelled fascism.

Capitalism is about competing in the marketplace. A substantially degrown economy would have to prevent the market from being able to determine any important functions. Markets always allocate scarce resources to the rich, simply because richer people can pay more and capitalists therefore develop the industries that will produce what they want.  Markets never develop the right industries and never distribute according to morality, justice, or the most urgent needs of people, the environmental or society. (However I argue that a good economy could have an unimportant market sector and could leave most activity to small private family firms, farms and co-ops, operating within strict socially set guidelines.)

And hardly anyone realises that a stable economy, let along a shrunken one, can have no place for interest. If at the start of a year money is lent and at the end of it more must be repaid in principle plus interest, then the economy must have growth to enable accumulation of the increased sum. It’s the same with investment. Capital is invested in developing an enterprise only if an owner of capital expects to get more money back from the venture than he invested in it, so if there is more investment than is needed to maintain productive stock then capital will accumulate and its owners will seek further investment outlets for it. In a stable economy capital would only be invested in maintaining productive capacity, or changing its composition. There goes almost all of the finance industry, recently making 40 per cent of US profits.

In an economy that had undergone the required huge level of degrowth there would be very few opportunities for owners of capital to invest, and most of the productive projects to be invested in would be decided by local communities.  There could still be a (minor) place for investment of savings in private ventures, but this would be within an economy that was not capitalist. (I argue at considerable length that it would not be a socialist society; it would be an anarchist society, mostly made up of the small self-governing communities indicated above, and including mostly privately owned and co-operative productive units operating within strict constraints.)

Thus the goals proposed by Green New Deal advocates fall far short of being capable of solving our problems. They are admirable but constitute mere reform proposals for social, economic, political and cultural systems that are committed to continued growth and affluence. That commitment is the basic cause of our accelerating descent to self-destruction. Increasing numbers are recognising this, and working for transition to a simpler post-capitalist way.

Ted Trainer is a retired lecturer from the School of Social Work, University of New South Wales. He has written numerous books and articles on sustainability and is developing Pigface Point, an alternative lifestyle educational site near Sydney.