It’s about opportunity: a lesson on capitalism for the party of capitalism 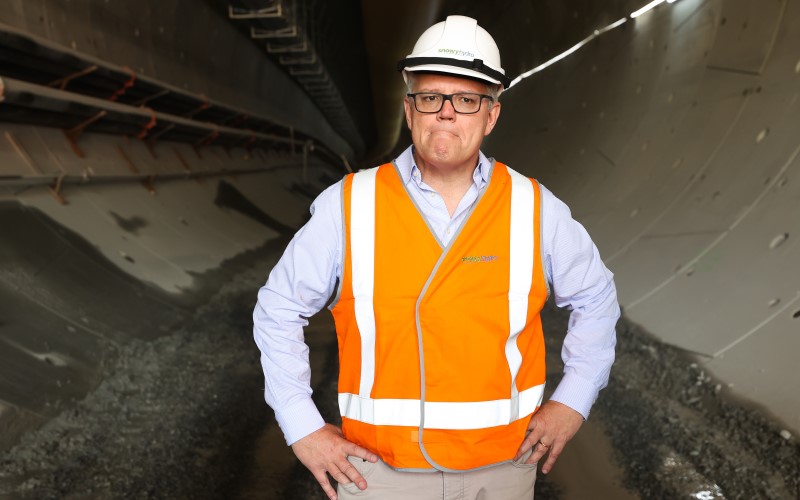 Scott Morrison is signalling that his campaign for the forthcoming election will be built around the theme of ‘‘can-do capitalism’’ in contrast to ‘‘don’t do government’’. According to Morrison: ‘‘We’ve got a bit used to governments telling us what to do over the last couple of years. I think we have to break that habit.’’

No doubt it seems like a good idea to Morrison to diminish the role of government, especially when you are a policy vacuum. His latest slogan provides a convenient excuse for his government which can more accurately be called a do-nothing government or can’t do government.

Unfortunately, what Morrison is really demonstrating is how little he understands how capitalism actually works and equally the role and contribution of government. But none of that matters to Morrison whose his only interest is in being there, and not in what he could accomplish in the most important job in the country.

So, to fill the gap in Morrison’s understanding, this article will discuss the respective roles of capitalism and government in improving our wellbeing.

Capitalism is based on market transactions. The advantage of capitalism is that when those markets are fully competitive and working well, then capitalism is most responsive to individual demands and shifts in those demands.

But for capitalism to be responsive in that way it requires market signals in the form of prices. It is changing prices which tell businesses if demand is shifting and where they need to adjust their production.

However, Morrison’s understanding of the capitalism that he preaches too often ignores the role played by price adjustments.

For example, instead of following the capitalist principle of adjusting the price of carbon to reduce emissions, he says he prefers to rely on technology. But that trite slogan ignores what is required to prompt businesses to change their investment and production to take up the new technology.

Morrison’s solution to this conundrum has nothing to do with capitalism. Instead of allowing markets to determine and incentivise the new technologies, Morrison proposes that governments pick the winners in the new technology possibilities.

In simple terms, the government’s policies to reduce carbon emissions are to substitute the most extreme forms of government intervention rather than rely on capitalist markets. Furthermore, the Morrison government is making an especially bad job of picking those winners, with massive subsidies for the uneconomic transport of fossil fuels, which effectively slows down the market-based transition to the policy objective of net zero emissions.

Of course, in his castigation of ‘‘don’t do government’’, Morrison is seeking to capitalise on his sense of the community frustration prompted by successive lockdowns to limit the spread of the Covid virus. But most citizens supported these lockdowns as necessary to preserve our health.

Furthermore, there has never been any trade-off between our health and the economy. Economists are almost unanimous that the lockdowns limited the economic damage that we would have experienced if hospitals were overwhelmed, many people were dying, and huge numbers were therefore unable to work.

As the Morrison government is at pains to remind us, the Australian economy has survived the pandemic in remarkably good shape, but that in turn is largely due to the enormous amount of budgetary support offered by governments. The outcomes if we had relied upon capitalism alone would have been far worse.

And looking to the future, the productive potential of the economy depends not only upon businesses and their capital equipment. Human capital is as important or more important, and governments play the major role in maintaining and developing human capital.

People cannot realise their potential if they feel insecure. Governments therefore need to intervene to ensure that people have enough income to support themselves and have adequate access to shelter and good health services as well. Without government support for these basic human rights, our economy will perform less well, and even more important, so will our society.

Individual choice and the freedom to choose are important, but if you have not got enough to support yourself, or have poor health, then realistically there is no choice.

The strength of our economy and our society depends upon a proper recognition that both businesses and governments have their respective and important roles to play.

Following its defeat at the last election it seems that Labor has been reluctant to release its policies early and to go into any detail. Too often Labor seems to be afraid of being wedged if it is significantly different from the government.

But in the past week Labor has started to release policies that tackle the key problems of climate change and the development of human capital through education and training. These provide a springboard for Labor to develop an alternative narrative that will debunk Morrison’s pathetic attempt to hide behind simplistic slogans that eulogise capitalism and castigate government.

There is a better alternative philosophy, which recognises the critical role that governments necessarily play in helping people to realise their potential and promoting equality of opportunity. Without that both our economic wellbeing and our society will suffer.

Furthermore, the evidence shows that in its attempts to keep taxes low while not actually withdrawing basic services, the Morrison government has consistently underfunded them. The result is that services have deteriorated, and this government is not meeting its essential obligations.

In fact, compared to most of other comparable democracies, Australia is a low-tax country. And the evidence is that Australians are prepared to pay the taxes necessary to finance government services, provided that they can be confident that there is no waste and corruption.

In sum, if Labor builds an alternative narrative around the role of government in helping people to realise their potential and equality of opportunity then Labor will be in tune with what Australians have always wanted.