It’s time for an ICAC 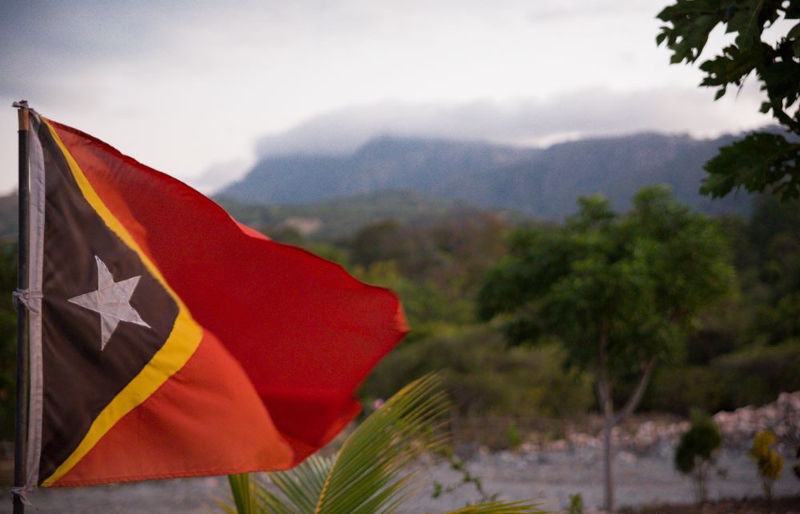 There’s a three-way relationship between Australia, China and Timor-Leste. How will the next government manage it?

Numerous instances of the government’s corrupt behaviour, particularly regarding financial matters, have been analysed in a range of publications. The prime minister and others brush evidence of corruption and incompetence aside as if proven facts are unimportant, leading to further collapse of public trust. Facing an election, the current leader of the nation continues to belittle the idea of an effective anti-corruption commission and presenting an alternative widely seen as weak.

It is disturbing that the people responsible for these abuses are also making decisions about foreign policy. People make mistakes, of course, and politicians are not immune from human weaknesses. However, the magnitude of poor decisions in recent years signals deep failure. Lack of probity in a number of areas warns of untrustworthiness elsewhere.

This reality has implications for the current Australian relationship with China, which is an enormous challenge to even the best diplomatic and political minds. The South China Sea, the plight of the Uighurs, the crushing of Hong Kong, and the Solomon Islands’ initiative have presented Australian decision-makers with a juggling act that requires high expertise. It is clear that the Chinese government is avid for sweeping global influence. Do Australian politicians and bureaucrats have the insight and intellect to manage successfully?

In 1982 George Munster and Richard Walsh published Secrets of State: A Detailed Assessment of the Book They Banned. It included the introduction to the book they had produced two years’ previously: Documents on Australian Defence and Foreign Policy 1968-1975. That book was banned by the government even while the newspaper presses were rolling out the first of three instalments. In relation to occupied East Timor, Munster and Walsh commented that some advice given to government resulted from “widespread pretensions to official expertise” and referred to “misleading analysis” connected to “misdirected action”.[1] It is clear today that the analysis and action undertaken for decades by Australia in relation to East Timor was corrupt and incompetent.

The espionage against Timor-Leste in 2004 and the ensuing prosecutions of those courageous Australians who blew the whistle signals that nothing much has changed. In view of China’s world-view and Timor-Leste’s proximity, Australians need a thorough grasp of Timorese history, its demands and its influence. The Timorese gave exceptional support to our soldiers in World War II, a record of courage and loyalty that cost them tens of thousands of lives. Australia’s abject complicity with Indonesia in the invasion and occupation of East Timor mocks every claim to honour. Unfortunately, general ignorance of these realities spawns a lack of Australian insight regarding East Timor, and thus contributes to blindness as to the importance of Timor’s strategic position in relation to China.

It is noteworthy that there has been a Chinese presence in Timor for almost twice as long as white settlement in Australia and that at the Indonesian invasion in 1975 most of the businesses in Timor were run by Chinese Timorese. After independence in 2002 major government structures and roads were re-built by the Chinese government. China built office buildings for the Timorese Ministry of Foreign Affairs, Ministry of Defence, and for the Defence Force, as well as the Presidential Palace. Hundreds of Timorese civil servants have visited China for training, while thousands of Chinese have provided advice and training for Timorese.

Then in 2004 Australia spied on the new and impoverished Timorese government for financial gain. That act is common knowledge no matter how desperately the government calls on “national security” for concealment and scapegoats Bernard Collaery to evade responsibility.

The espionage was a political blunder of the first order. Who decided that such an act had merit? Did anyone think of possible repercussions in the event of detection? Who was involved in the logistics – the fitting of the ship in Dili harbour to receive the signal from the bugged building and the transportation of the tapes down the road to the Australian Embassy? To what extent was AusAid involved, seeing that the spies were impersonating Australian humanitarian workers? How much did all this cost the Australian tax-payer? Most significantly, was the idea approved by the National Security Committee of Cabinet? If it was, who are the people responsible for the decision? And if it wasn’t, can someone explain why not?

More astute Australians twenty years ago may have thought twice about swindling Timor-Leste. Currently, serious diplomatic minds should be calculating the rise of China’s expansionism, its ties to Timor, and Australia’s neocolonial abuse of the Timorese people. Timor owes China nothing, but it owes no debt to Australia either. In the global game of exerting influence and in view of regional geography, Australia would do well to ponder with singular care its historical relationship with the Timorese people, and to make decisions accordingly.

Commentators can rail as they will against “misleading analysis and action” in the past. Both public trust and future security would be best served by legislation establishing a body with retrospective powers that can investigate government advice, policy and practice, peopled by those with proven expertise, a thorough sense of history, and significant moral character.