It’s time for Labor to capitalise on Morrison’s inadequacies 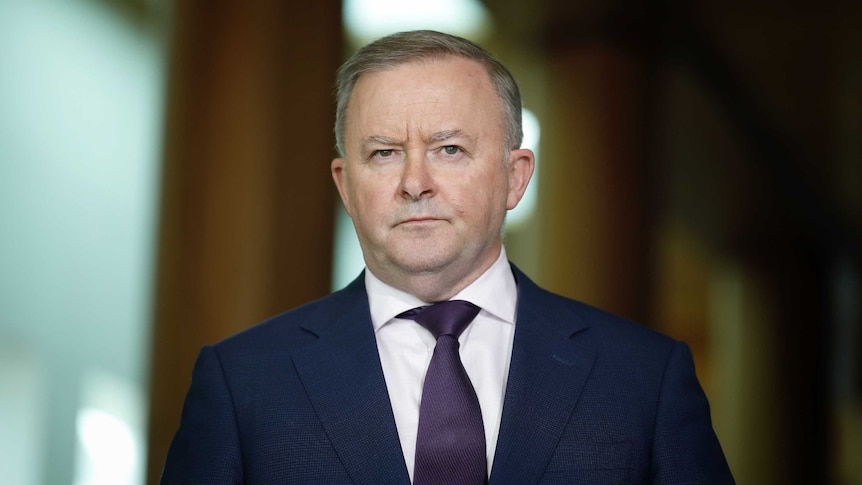 We are not yet in election mode and can assume that both parties are reserving their campaign strategies and tactics for the end. But at the moment, Morrison and the coalition will have defeated themselves.

Found wanting in the biggest political challenge of their lives, one which was, however, the greatest political opportunity since World War II. But equally found wanting as a party of general government. Shown to be complacent and corrupted, dishonest in the way it used public funds for political purposes; compulsive liars, secretive, untrustworthy and resistant to the rule of law.

The public has been patient with, even affectionate about a white-bread Morrison, but they have seen through him, become cynical about the perennial gap between his announcements and what transpires, and his unwillingness to take responsibility for outcomes.

Others have seen his petty meanness and grudge carrying, his lack of kindness or empathy, his incomprehension of the equality of women, and the chasm between his religion and his unchristian impulses. Some character deficiencies can be endearing – as Bob Hawke, Kevin Rudd and John Howard discovered to their benefit; the weaknesses of some others can only repel.

If Morrison were a stronger and more imaginative leader, one would not see him staring at the abyss. His present crisis comes from the fact that there is a temporary shortage of the Pfizer vaccine – a shortage which could be over within a month. There is no longer a shortage of Astra-Zeneca, and there ought to be enough on hand to vaccinate most of the most vulnerable groups, if only the powers-that-be, including the Defence Force, could concentrate properly on those who are most vulnerable.

But it’s not really about shortages. It’s about how over-marketing has collapsed confidence. How lies and overstatements have exposed the vacuum within, as well as the hypocrisy of ministers, with opportunist (but now deliciously unfortunate) comparisons about the treatment of Victoria and NSW. Misstatements about “gold standards”.

Collective resentment by the citizens of states and territories about criticism of border closures – closures that proved very popular with residents and which saw the virtual annihilation of the Liberals in Western Australia. Indulgence towards friends, spite towards enemies. A statesman would have been beyond the petty partisanship, and would have restrained others – Josh Frydenberg in particular, and perhaps his very loyal and partisan cheer squad in News.com and Nine – from black and white presentations that mostly alienated voters, if not constituencies.

A government which has pretended to be guided only by medical advice has shown how much it commanded the advice it wanted to hear, and how the more they did it, the more they were proven to be wrong.

After umpteen stumbles, an increasingly politicised Defence Force and civilian administrators may be developing a plan for resolving most of the self-inflicted logistical nightmares, even if no one will relax before most of the population has ready access to the vaccines best suited for them.

Once a high proportion of the adult population has been vaccinated, Morrison hopes, there will be an end to lockdowns, and government can plan a reopening of international borders and the economy. It could just be a matter of patience, resolve and steadfastness for the politicians in the main game. The greatest enemy could be panic and signs of disunity. And perhaps after a suitable time – before March or April next year – the public will forget the stuff-ups, the false hopes and the poor administration.

But if vaccine supply is at the centre of the political gloom, it has only a passing relationship with Morrison’s real problems. The public understands that there is a short-term shortage, even if they are still reluctant to forgive or forget how and why it arose. They remember Morrison’s declaration that Australia was “at the front of the queue” for vaccines, his declaration that “it is not a race”. Most members of the public do not forget, at least as readily as Morrison, the confident declarations of timetables for reaching milestones, or the failures to deal with priority cases.

A good many have seen how mates and cronies of ministers were given millions to organise the rollout. The public, and doctors, are well aware that the chancers, as much as Morrison and his ministers, have not been called to account. Indeed, it does not appear that a single bureaucrat or politician has lost place, position or money from what a former prime minister, Malcolm Turnbull, with malicious unhelpfulness, has described as the greatest administrative disaster in Australian history.

I have argued before that the next election will be won by the party with the most realistic and attractive vision of the future, not by a prolonged inquest into the management of the pandemic or of the recession it caused. Or by bitterness about lockdowns.

One might think that the coalition can boast, as it describes its vision, about its success in keeping down the death rate and the infection rate, and its success in restoring the state of the economy. But it has to show how it can convert that success into a new future for Australians – a task made more difficult for it by the way Morrison has consistently shied away from describing any vision at all.

Labor has every right – perhaps every duty – to remind Australians of Morrison government failures with the pandemic, as well as of general governance. It can argue that these are the prism through which coalition visions, promises and character can be judged, or, as Scott Morrison might say, the fruits by which he should be known.

But one can go only so far with such criticism. It must fashion a declaration that shows how the sacrifices, and the triumphs can be harnessed to make the economy better than it was. To repurpose public expenditure around education, jobs, and public health. And to make the lives of young Australians, indigenous Australia, the disabled population and the elderly better than they were.

So that a prosperous and growing economy has a point rather than mere profits and a more stratified society, presently focused on ruining the environment. And to show voters why and how a driven and planned transition represents a better new deal than the mere restoration of things as they were before, under the control of folk whose power has never been so great.