It’s time to seek the human story of Syria 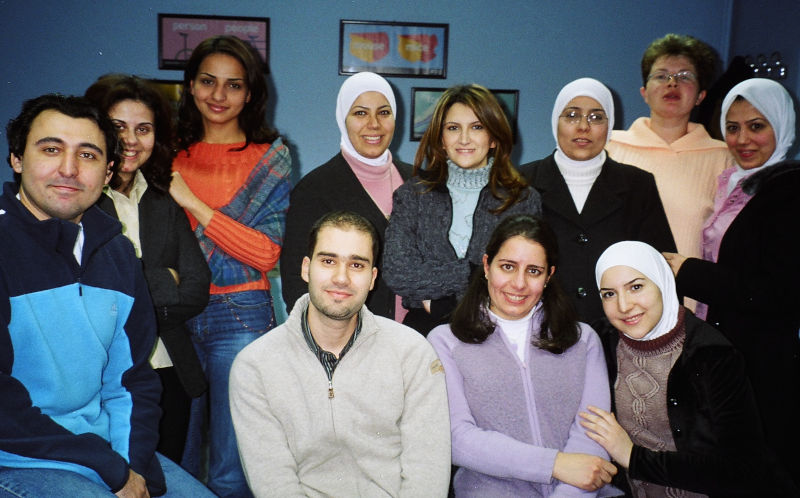 The mainstream media has presented a picture of Syria that is cartoonish, brutal and ugly. Instead of a bohemian woman artist or a women’s choir singing from the Tales of Hoffman (or millions of other potential ‘human stories’), a bloody, exclusivist ‘revolution’ has been exalted by journalists in a way that entrenches patriarchy and ignores the human concerns of Syrians.

In September 2003, I started teaching English at the British Council in Damascus. Over eighty years before that, my grandfather had been in Syria’s capital with Australia’s 8th Light Horse Regiment when the British were claiming victory over Turkish forces.

What took my grandfather to Syria was an oath: I will well and truly serve our sovereign Lord the King. All those years later, I was in Syria to get to know the locals and, quite frankly, to confront underlying prejudices I might have had against the Arab world and against Islam.

I quickly came to embrace Damascus. In 1918, my grandfather might have just seen dust and poverty in Syria, but over time I recognised the country’s extraordinary beauty and experienced the remarkable warmth of its people. I delighted in living in Syria: a Muslim-majority society in which women could dress as they pleased; in which there were monuments dating back to pre-Roman times; and in which church bells and the call to prayer could both be heard in my neighbourhood.

(I was not blind to the corruption that existed in Syria, nor to the complexities and difficulties of its history that had bred hatreds not unlike those that existed in Northern Ireland – or even the Australia of my childhood. In Syria, those hatreds could be incited again for war. That was the fear. But my students seemed united in their love for their country and in their appreciation of its diversity. So I hoped for the best.)

Since the end of my teaching contract with the British Council, I have returned at least half a dozen times to Damascus. In 2008, I was in Syria with a group of La Trobe University students. When I could, I wandered around Damascus, asking women for permission to take their photos, usually explaining my purpose: I wanted to introduce people in Australia to the warmth and humanity of the ‘real’ Syria. For most Australians, Syria was a blank page.

I posted many of those photos on the ABC’s community ‘Pool’ website. With support from Pool’s editors, I started posting audio interviews. On one visit to Damascus, I interviewed my landlady’s daughter – she was a devout Muslim who saw herself as a ‘modern’ woman – something I would not have disputed. Another interview was with a former Fulbright scholar who spoke about the nuances of community and Islam. She told me about the remarkable freedoms Syrian women had been able to achieve up to that point. Then, there was young Ali, who said he wanted to be an army officer so he could defend Syria.

In 2009, when former Age cartoonist Bruce Petty visited Damascus to film interviews with locals, I acted as his producer and introduced him to a range of intellectuals, including university students; a Palestinian film director; a sculptor whose gallery hosted concerts; an Italian Jesuit priest; a nun; and a documentary film maker whose father had been a political prisoner. Rather than being a blank page, for me, Syria is a rich human tapestry to explore.

After the start of the ‘Arab Spring’, I gave attention to the machinations of war. I was aghast to hear on the ABC Jon Faine’s inferred support for the violent overthrow of the Syrian government. I researched the West’s interference in Syria and penned the essay – ‘Anzacs and War – Considering a Syrian Perspective’.

My Pool page inevitably became controversial after I started posting material that challenged the ABC’s slant on Syria; I was reprimanded and Pool’s editors were reprimanded. Unfortunately, Pool no longer exists, but many of my Pool posts have been archived by the National Library, for which I am grateful.

In 2019, I returned to Damascus on a journalist’s visa determined to interview a range of Syrian women. My interviewees included a war correspondent, a Scout leader, a member of parliament, a film maker, a teacher, high school students, and (very controversially) a political adviser to the president.

The war correspondent had been a colleague of the late Yara Abbas, who had sat behind me six years previously at a press conference in Damascus. The conference was for Mairead Maguire, a Nobel Peace Laureate on her first visit to Syria with an international peace group.

Several weeks after that press conference, Yara was shot and killed. Her question to Mairead Maguire had been : “What will change for Syria after the delegation leaves the country?” She was clearly not expecting peace to be achieved by the group’s good intentions.

Madam Kazan, the MP that I interviewed in 2019, recorded a message for Australian women MPs: “Come to Syria. See what we are fighting. Understand how much we want peace.” If only they would take up her invitation.

During Melbourne lockdowns, I commissioned a Syrian film director to make a documentary about Hala al-Faisal, a bohemian artist as comfortable in Paris as she is in Damascus. In New York, she had been arrested for protesting naked against the wars in Iraq and Palestine. The director had previously made a film about a women’s choir which so impressed me that I had paid for its English subtitles.

Without giving attention to the human concerns of Syrians – to the women in particular – the mainstream media has presented a picture of Syria that is cartoonish, brutal and ugly. Instead of a bohemian woman artist or a women’s choir singing from the Tales of Hoffman (or millions of other potential ‘human stories’), a bloody, exclusivist ‘revolution’ has been exalted by Australian journalists – one that entrenches patriarchy.

I have encountered politicians who have seen through the propaganda, but were they to challenge it, their careers might be ruined. This may have led Bob Brown to retire from politics – to take a stand against war today would be a battle even too big for him.

We have been saturated with so many stories from ‘activists’ about horrific massacres allegedly committed by the ‘regime’. While journalists and UN officials on the ground in Syria have acknowledged that the truth was murky, a politician in Australia would not be able to keep up with the information war. While no journalist would be paid to go down that rabbit hole.

Exalting the ‘revolution’ and ignoring the humanity of Syria is the easy, cheap option – it is in line with US foreign policy so does not risk one’s career.

After the particularly horrific Houla massacre in May 2012, US Senator Ron Paul stood up in Congress to call out what he described as ‘bogus evidence’ the Pentagon planned to use to justify an attack on Syria. Our government did not examine the massacre; it simply expelled top Syrian diplomats.

When there was an alleged regime sarin gas attack the following year, Malcolm Fraser publicly urged caution – like Ron Paul, he would have learnt there was reason to be sceptical of claims made by US administrations.

Older Australians remember the lies told to wage previous wars. On Sunday night, ABC TV broadcast Steven Spielberg’s film ‘The Post’, which reminds us of lies told by successive US administrations about the war in Vietnam.

At least historians acknowledge that Anzac troops did not ‘liberate’ Syria. Tragically, ‘liberation’ is not something the British, French or Americans have ever done in Syria. Even today, we are still encouraged to be distracted by a hatred for ‘Assad’ and that distraction means we ignore the people of Syria so foreigners once again can determine their future. But there are still Syrians striving to maintain their country’s diversity and to go forward, despite the odds. We should be reaching out to them. 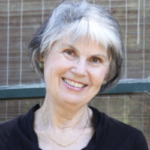 Susan Dirgham is a retired ESL teacher. She taught at the British Council in Damascus from September 2003 to January 2006. She is editor of the magazine ‘Beloved Syria - Considering Syrian Perspectives’. She was the national coordinator of ‘Australians for Reconciliation in Syria’.