Australia still allows children as young as 10 years old to be arrested by Police, sentenced to prison by Courts, and locked in a cell. On 27th July, Governments around Australia will have the opportunity to change that.

Many Australians would no doubt be shocked to learn that our current laws in every State and Territory allow children as young as 10 years old to be arrested by Police and sentenced to prison by Courts. That’s a primary school child, removed from their family, school and everything familiar to them, and locked in a cell. As a parent, it’s when your own child reaches the age of 10 that the horror of this possibility becomes real.

Once you ask the question – why is this child behaving this way? – it’s quickly clear why. The criminal justice system isn’t the right place to respond. Locking up a child won’t speed up their development so that they have the emotional, mental and intellectual maturity to fully understand the impact or consequences of their behaviour. Nor will it provide the supportive and developmentally and culturally appropriate environment and services which may address the underlying problems – problems arising from experiences of trauma, neglect, harm or physical or mental health issues which may be leading the child to those behaviours in the first place. Insufficient access to food and stable housing, quality educational opportunities, secure family and community environments, adequate recreation and transportation infrastructure are crucial factors in how and why many children become involved in the criminal justice system. But you need good community-based social and health-care services to address these issues, not police and prison cells. A child committing crimes has problems that they should receive help with – they should not be seen as the problem and put in prison.

This month has seen the official launch of a campaign by a coalition of legal, medical, health and social justice organisations, including Aboriginal and Torres Strait Islander community controlled organisations and the Public Health Association of Australia, to change these archaic laws. The #RaiseTheAge campaign is calling for all States and Territories to join many other countries globally, and raise the minimum age for criminal responsibility from 10 to 14 years. This would be in line with everything we know about child brain development and United Nations recommendations. It would also bring Australia into line with many countries around the world whose minimum age is at least 14 years. On 27th July 2020, a meeting of the Council of Attorneys-General will have the opportunity to do just that.

The Australian Government is currently in the process of revising the Closing the Gap targets, and proposing for the first time the inclusion of a justice target of reducing the rate of Aboriginal and Torres Strait Islander young people in detention by as much as 30%, according to recent reports. With Aboriginal and Torres Strait Islander young people representing almost two-thirds of 10-13 year olds in the youth justice system in 2018-19, raising the age of criminal responsibility would represent a powerful step in the right direction for meeting these new justice targets. This needs to be combined with a significant investment in the health of Indigenous young people to keep them healthy and supported in their own communities. The Justice Reinvestment approach, which has demonstrated positive outcomes in Australia, puts this into practice through using cost savings from the justice system to invest in community programs to improve social and justice outcomes.

Public health is all about prevention, and the best way to prevent lifelong harms to a child is to recognise and support their needs. Raising the age of criminal responsibility to 14 is a vitally important way to do so.

Dr Ingrid Johnston is a Senior Policy Officer at the Public Health Association of Australia.

Dr Michael Doyle is a Senior Research Fellow in the Faculty of Medicine and Health at the University of Sydney. 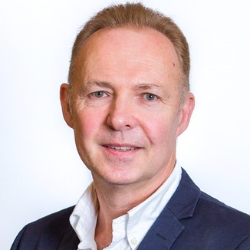 Professor Tony Butler is head of the Justice Health Research Program at the Kirby Institute.