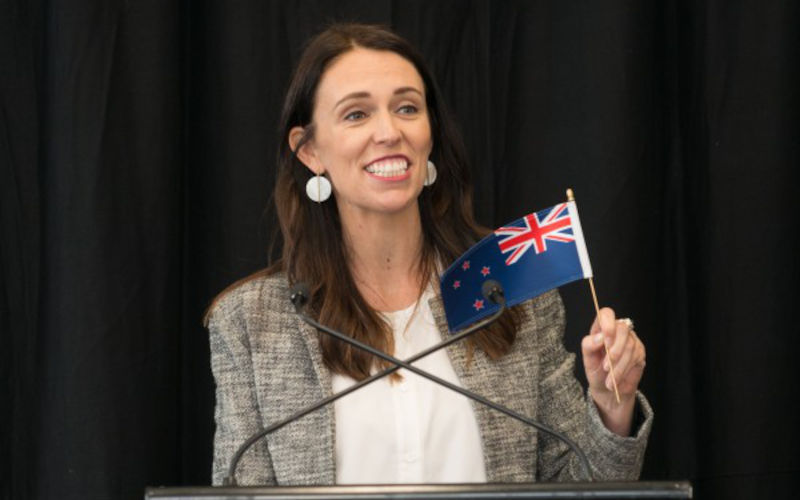 The least well-developed political sense is the feel for when it is time to move on.

Power is very satisfying and rewarding, however much one must profess that they find it onerous and difficult. Even those tempted to walk away at a time of their own choosing and with their ego and dignity intact can rationalise staying on by considering duty to the party they lead and the self-confident belief, often not shared by all their colleagues, that they remain the best hope of their side. Even secure leaders in political trouble must convince their followers, and believe, that there is no position in politics so hopeless that it cannot be retrieved.

Jacinda Ardern has done the right thing by herself, her reputation and her party in deciding that she should pass on the leadership to another, about seven months on from the next New Zealand election. She has been prime minister for more than five years, winning power from opposition. She said this week that she had no more fuel in her tank but was being realistic about the difficulty of the task ahead – primarily an economic one for which she might not have the same zest and enthusiasm as she had demonstrated while steering New Zealand with remarkable success through several international crises. First was the Covid pandemic where she parlayed New Zealand’s isolated position and the capacity that provided for effective quarantine into a health result that saved thousands of lives. As with Australia, a nation that enjoyed similar success, the nature of the disease and the public health challenge has changed, and New Zealand is now facing a more normal mortality. But there can be little doubt that the initial response was the right one for the time, and that its success was in considerable part due to her firmness, her leadership, and, initially at least, the national unity she inspired. In due course, as elsewhere around the world, quarantine, isolation and restrictions on movement became increasingly unpopular – and, just as importantly, more ineffective, and she has had to relax some of the controls. But they were right for the time, and for the circumstances, demonstrated by results that were even better than Australia’s, and without breaks in administrative controls, such as with hotel quarantine, that characterised some of the Australian response.

Compassion and empathy at a time of terror

During the same period, Jacinda Ardern’s response to a terrible terrorism incident in Christchurch affirmed the calm, the decency and the empathy with which she dealt with victims and reassured her own population. It won her, and New Zealand, world notice and admiration. Her response struck a real chord with many appalled by the slaughter. It stood there in high contrast with responses by mostly male politicians, to similar events in other countries, including Australia’s. Few lacked the capacity to seem defiant, determined to bring the perpetrator or perpetrators to justice. Few failed to show sympathy to the victims. But very few seemed to respond on such a human level, to show simple genuine rather than rehearsed compassion, and demonstrate how much she shared the pain. She was firm and serious, and full of resolve, in showing through her policy responses how much she and her nation were repulsed by the culture of violence demonstrated, and how strongly they were determined to repudiate it. She was calm and measured, and not in a panicked frenzy. Was her compassionate response one that demonstrated the virtues of woman in leadership, by contrast with the more aggressive, confrontational and tough-sounding response we have learnt to expect from many men in leadership? Whatever, she’s no wimp. Ardern proved repeatedly, not least in management of her party, that she could be as ruthless and focused on personal survival as any of her colleagues.

One cannot generalise about the capacity of successful women leaders any more than successful men, and in any event, the necessary qualities are reflections of the context and the circumstances. In certain respects, Ardern’s self-effacing and self-deprecating personality made many admirers want her to succeed, while in other places, politicians such as Julia Gillard or Hillary Clinton encountered markedly more hostility and resistance because they were women. And other women – Margaret Thatcher for instance – inspired rancour because of the brutality of their policies. Perhaps it was the combination of her youth in addition to her gender – because Ardern was conspicuously young for a world leader. As a politician, young mother, and a relaxed citizen in the street, she seemed far more in tune with modern concerns than many of her elders, male and female. She was loud on climate change, on human rights, and on the unfair burdens put on refugees, not least by Australia. She repeatedly showed herself to be uncomfortable with the populism, tough talk, jingoism and hostility to aliens and outsiders shown by other leaders, not least Scott Morrison. Hers was a model future leaders – especially young women – should want to emulate.

Authenticity, and decency and natural unaffected grace at the heart of popular respect

What can be said of Jacinda Ardern was that she was the real thing. Her authenticity and sincerity were obvious, as much as her fundamental decency, kindness, feeling for others, sense of purpose and sense of humour. These are all attractive characteristics, but, in politics in many places, what the public sees is often faked. The confected politician, with the market-tested pre-scripted spontaneous answer, rarely fools the public for long. And long before that time is up, many in the public have stopped listening, and stopped caring. It may be true to say that by the end of last year Ardern was wearing out her welcome in the New Zealand household. But that is not because she had been found out for spin, lies, distortions, misrepresentations, faux outrage and public relations stunts. In fact, she was retaining popular respect, and affection. Unlike long-term politicians in Australia and elsewhere, she has not been drawing down on her credibility or her credit, even as she and her party have become less popular. It cannot be said she has been “found out” or that her reputation has collapsed. Indeed, a decade or a half-century hence, she may well continue to be remembered as one of New Zealand, and the world’s great leaders at a time of trial. It is unlikely that many of her Australian, or American counterparts will be as well remembered, or respected.

But increasing numbers of her erstwhile supporters have come to wonder whether her policies and her programs, and her leadership style and focus, are any longer the most appropriate response to the economic problems being faced by New Zealand. These are of the same type as elsewhere in the world – a rising cost of living, higher interest rates, slow growth aggravated by the financial, social and other costs of the long shutdowns, and a still sclerotic economy. The Government has struggled with signature policies, not least over increasing housing stock. Although the New Zealand economy seems always doomed to face greater rises and falls than other nations in tumultuous economic times, the problems it faces are not fundamentally different from those being faced in Britain, Europe and North America. Even now in crisis, the nation’s books (and the health of the general population) are in substantially better order than those of Britain.

The ultimate accolade: condemnation from News.com, exiled from the NZ market

At a time when nations are pretending that we are “post-Covid,” New Zealand’s domestic political focus has become sharply economic. The New Zealand Labor Party has been slipping in the polls, although, given the intricacies of the nation’s proportional representation system, it is far too soon to be writing off the party’s chances. It is quite possible that a successor – the person who that will be is far from clear – will be able to be more flexible in revising policies and moving the party to face its present situation. Maybe Ardern could have girded herself successfully for the task. But it is understandable enough that she has a declining appetite for a struggle that has never engaged her in the same way that social policy and the place of New Zealand in the world has.

It is not without note that the Murdoch media machine has completely condemned Ardern’s leadership, criticising her as the “Queen of woke,” suggesting her to be at best an impractical dreamer, thinking with her heart rather than her head, and at worst as a doctrinaire left-winger dragging the New Zealand economy into bankruptcy by inappropriate interventionist policies. It was much as one would expect from an advocacy organisation limited in its capacity to re-enter the New Zealand market. But it stood in some contrast with the efforts by The Australian in recent weeks to secure the canonisation of Cardinal George Pell and Major General Jim Molan. In the News.com campaigning style, when too much is never enough on a pet obsession, these two, three with Jacinda Ardern, have enjoyed acres of space in recent days — a good deal of it penned by its foreign Editor, Greg Sheridan. Ardern is used as an example of everything that is silly, bad, “woke” and out of touch with reality. George Pell as the steady traditional Catholic leader unwilling to compromise with a modern world given to relativism and moral decline – a martyr to false accusations of child molestation, and the inappropriate scapegoat for the church’s management failures in coping with the abuses of other priests. Jim Molan is the solidly right-wing hero of the massacres of Fallujah, the clear-thinking military intellectual trying to wake Australians to the threat from China, and the divisive politician who dreamed up the policy of returning boat people to the country from which they sailed.

For some reason, perhaps because he was a professional soldier, the most over-used word describing Molan was “patriot” – as if only people of his great capacity to seriously damage Australia’s interests and reputation in the world can be said to love it. We ordinary mortals – particularly those, like me, who have disagreed with almost everything Molan has said or done in the past 20 years – cannot be said to love our country. I occasionally discussed some of these disagreements with him. He had a disconcerting (though not frightening) way of bringing his head to within about 15 centimetres of mine and staring closely at the whites of my eyes. It seemed more Marty Feldman than Clint Eastwood and did little to inspire confidence. Strangely for a man so apparently talented, he ever struggled mightily for pre-selections, ministerial advancement, or promotion into the thinking and political leadership of the armed services.

I expect that Jacinda will be remembered for good things long after all but the historians have forgotten many of the bad things with which George and Jim were associated.