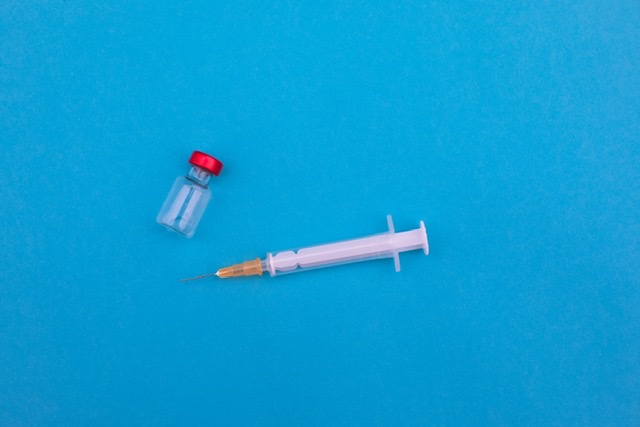 If the mass vaccination of Australians against the severe effects of Covid-19 proves to be a complete political debacle for the government, it seems likely at this moment that it will be more a consequence of its being over-hyped by the prime minister than of serious mismanagement of the program, or even the incompetence which is increasingly tending to accompany programs devised by new anti-public sector methods.

There is already a lot of grumbling about inordinate delays in getting out the vaccines, dark innuendo about the performance of the federal and state health departments, and several bursts of cannon fire directed at Capital Hill after some imprudent commentary by an unwise federal National Party minister — an intervention, which, if provoked, seems to have completely broken the truce whereby health bureaucracies have, over the pandemic at least, been conforming to the dog don’t eat dog rule. Such a truce is usually in both sides’ interest, given that the scale of some of the undertakings involved means that there is always ample scope for stuff-up and finger-pointing. Even, at least if one gets Peta Credlin involved, allegations of murder or manslaughter by recklessness or negligence.

Scott Morrison is  already in trouble and distracted by his homework on the intersection of (what he foolishly believes to be) the biblically-ordained principle of male headship of the family and the fact that double-crossers have absolutely equal rights, including to safety and security in the civil sphere of life.

But he had begun the year proclaiming that inoculating Australia and making it safe from fresh outbreaks this year was his prime (and primary) objective for the year. Australia was there in front of the queue for access to the best vaccines, he said, making regular announcements of Australian success in ordering large quantities of supplies already being provided in Europe and the Americas. Four million people — including health workers, public safety people, vulnerable aged people, particularly in institutions, and otherwise particularly vulnerable people with chronic health conditions would be inoculated by the end of March. And everybody would be vaccinated by the end of October.

I do not think that Morrison was deliberately engaged in efforts to mislead or distract Australians, even if that sometimes seems to be his default setting even when there is nothing much to hide. He thought he had a good story to sell — and, reasonably enough, that it reflected favourably on his government, and on its general management of the pandemic. Management which, even before the availability of vaccines anywhere, had seen mortality and morbidity rates as low as one per cent of those in most of the rich industrialised nations, such as those in Europe and North America.

He had another reason, moreover, to put himself in the forefront of the hype — even, in a stunt that may prove to have been doubly unwise, to get himself a course of vaccinations right at the front of the queue — even, allegedly, breaking an arrangement with the leader of the opposition, Anthony Albanese, to have both done jointly, so that he could hog the television publicity.

This was because the public needed to know about the vaccination timetable, and they needed to be reassured that it was safe and would provide protection without causing any of the complications that a growing army of international anti-vaxxers suggest. The anti-vaccination movement even in Australia has somehow, over recent years, quintupled in size, now representing perhaps a quarter of the population. It even contains a not insignificant number of members of health care professions and public safety workers — making them a potential threat to the health and safety of other Australians over coming years. For one reason or another, the idea of coercion of the population, or of excluding people (including waiters, bar-staff, shopworkers, teachers, child care and aged care staff) from jobs involving ready contact with the vulnerable, seems to be out of the question, especially right at the moment when we want maximum compliance with minimum fuss.  It’s an issue that will have to be sorted out — sooner rather than later — and with regard to the rights of the community as much as those of the deluded anti-vaxxers.

I am quite prepared to accept that there is no great conspiracy, or even serious stuff-up at ministerial or senior bureaucratic level, which has resulted in considerably fewer vaccines being available, and in seemingly poor organisation of the initial target vaccination programs among health workers. There have, I suspect, been problems of the sort that one might expect. First, supplies which had been ordered — and expected from — from the European Community have been significantly delayed. That has been because third and fourth wave infections in Europe have been far more virulent than expected, leading officials there to decide not to fulfill foreign orders until European demand was met. That might not say much about the sanctity of our contracts for supply, but it does not mean that these contracts were sloppily written, that Australia was in fact (so far as the contracts were concerned) far further behind in the queue than was pretended here, or that our own needs were treated with contempt.

Overriding our orders — and those of many other countries — was a sovereign act of governments in, as they saw it, the interests of their own citizens. One of their statesmen observed that it would seem odd that Europeans should be dying for lack of access to vaccines produced in Europe so that people elsewhere could be safe.