The usual suspects and mates, making a killing from vaccinations 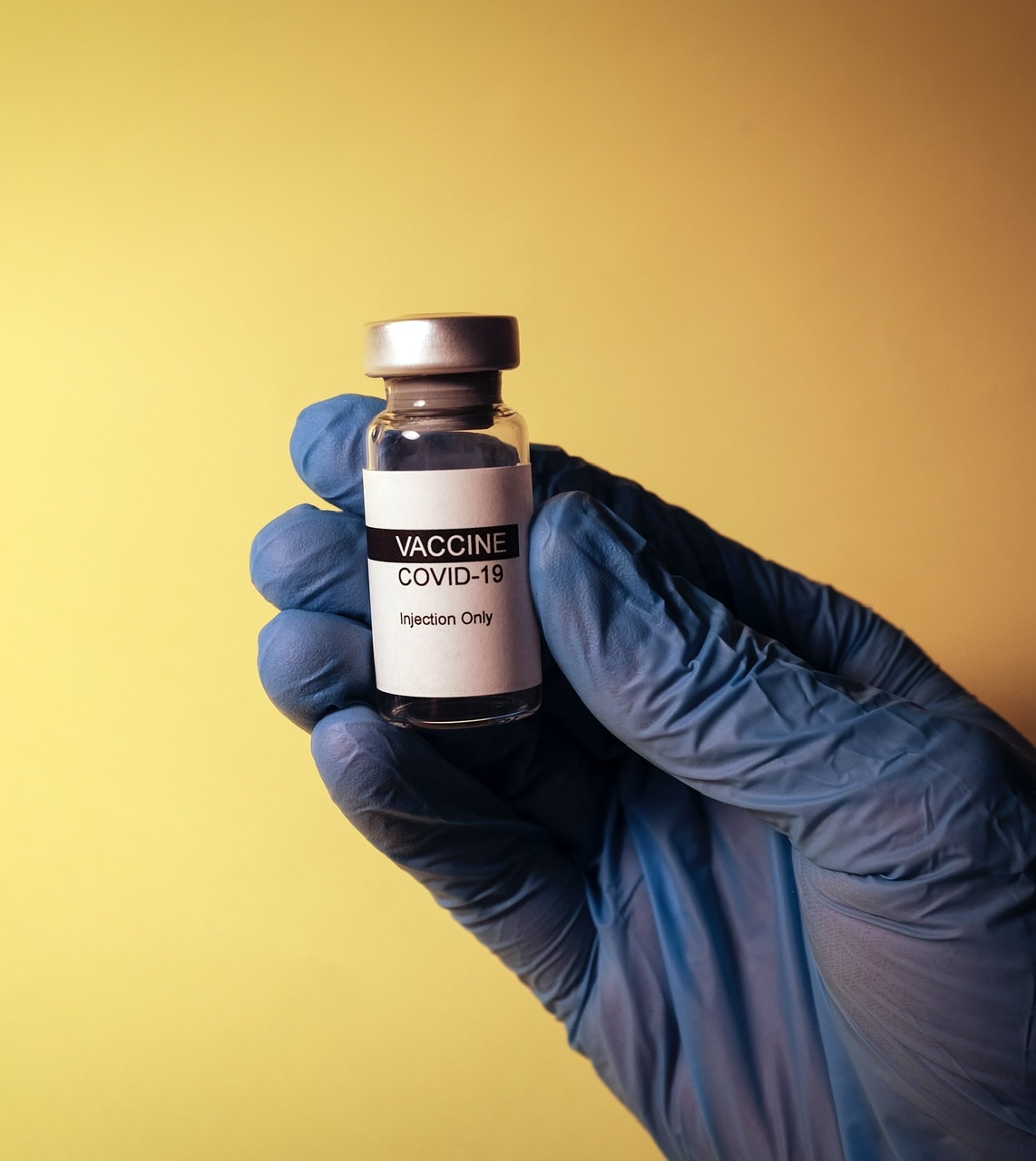 Australia has the right to whinge about Europe’s withholding of solid vaccines orders. We have done that, even as we have accepted the decision with reasonably good grace. We have to, more or less, because there is no immediate hope of reversing the decision through law courts or military invasion, and because our moral, as opposed to our legal right, is not the greatest.

The level of suffering, and vulnerability in Europe is at least 20 to 30 times ours. Australians are paying careful, and at times spiteful attention, to little outbreaks, hot spots and  border closures in one Australian state or another, most recently Queensland and Byron Bay. But compared with many other countries, we have hardly any problem, least of all now with mortality. Other countries need the vaccines more than we do, and we can hold on, if at somewhat greater risk, for a while.

Indeed, as we soon found out, we are not hostage only to the needs of Europe. Our neighbours — Papua New Guinea in particular at the moment — are heading towards a pandemic crisis, and we are diverting some of our supplies to them. (This is not, yet at least, the reason for supply shortages or our slow vaccination rate)

There is a strong Australian constituency — which has, over the past decade received far too much encouragement from figures on the coalition side of government — which resent any sort of aid going to anyone anywhere, indeed which has even been encouraged to bitterly resent the payment of assistance to disadvantaged Australians. Such people might wonder why we are not withholding supplies to PNG for the same reason Europe is withholding them from us — that we don’t yet have enough for our own purposes.

As an older diabetic I am somewhat more vulnerable than most people to a serious respiratory condition if the virus comes to inhabit my body. For myself, I would still happily give vaccine priority, if needed, to someone from PNG, because I have ample means of reducing my risk of infection, means that PNG citizens do not have.

But one does not have to be public spirited about it. A raging Covid pandemic in PNG is a clear and present danger to Australia and Australians. We are doing more than being good neighbours, and to an old external territory, at that. There is a good deal of cross-border exposure of Australians to PNG folk, particularly, but not exclusively, in the Torres Strait. Moreover, Australia and Australians would be directly affected if PNG outbreaks got out of control, or caused significant social, political or economic dislocation. The earlier a partnership exercise in helping PNG to cope with and conquer the problem, the cheaper the outcomes for the country. Even better indeed, if our assistance was accompanied by a long-term increase in aid for other health conditions — such as tuberculosis — that are also becoming endemic in PNG, are proving difficult to control, and which definitely potentiate the Covid pandemic.

Australia is considerably protected by the fact that we are (at least sans Tasmania) an island, with some, but only some capacity to prevent the entry of others. In this sense the threat of a very serious outbreak in PNG, or of one spreading right through that country, is not as great as the threat to the good people of NSW were Queensland to be an independent state, quasi-independently (and badly)  managing the pandemic there. That has been what has been happening in Europe, and in South America. Co-operation rather than competition — even some (gasp) collective effort best serves the national security interest as much as it serves our sense of international citizenship.

It appears that our hopes for ready supplies of the Pfizer vaccine from overseas have been  disappointed, and that the start-up of domestic production of the AstraZeneca vaccines has had teething problems and is yet to reach the volumes that were planned and expected.  This, again, might have been anticipated under Sod’s law. But it is not necessarily a conspiracy against the population by anyone, let alone Scott Morrison, his health minister, Greg Hunt,  or his health department.

It seems to me that Morrison could take the public into his confidence, perhaps even with the humility with which he acknowledged to 52 per cent of the population that he was almost autistic in his understanding of their concerns (still is, judging by his ministerial appointments). The public could appreciate that he had been a bit over-enthusiastic in his forecasts, and might readily agree to new timetables without having to watch him prevaricate about what he actually said or didn’t say, or which of an interminable number of announcements was, if only for current purposes, the operative one.  Or without having to experience, in the whole embarrassing process, little anxiety-making mood snaps, blusters, boasts, snarls at journalists or opposition critics, or state premiers.

Is it simply a matter of his compulsive secretiveness, his flat refusal to engage in any process that is transparent, accountable and honest, or his deep reluctance ever to admit that he made a mistake? Surely he has learnt by now that his parsing, his spin, his blame-shifting and his adherence to false and misleading alibis is now beginning to do him serious political damage, as well as aggravating the idea, ably put about by the opposition that he is a Scottie from marketing, the master of flim flam and bullshit, all announcements and no follow-through?

Has he miscalculated — as he did over the women’s march — by thinking that soon CSL will find its stride in producing AstraZeneca, and that the Commonwealth and the states and the private sector contractors and providers can catch up and save us? No doubt there will be such a catch-up, but it is difficult to see that the active fury of thousands of general practitioners will quickly dissipate, or that the community will quickly forget the anxiety of  others who had expected that the risk to them would now be over.  Many of these are older Australians with a greater propensity than average for  voting conservative; many of these also recall Australian public health campaigns, such as the polio one, that seemed to operate more efficiently.

The lack of frankness conceals a bonanza for consultants, cronies and party donors?

A good many of these “public relations” problems could be alleviated if the public felt it was in on the secrecy, and was being asked for its patience, understanding and sympathy, particularly in a project almost without precedent.

Or do the delays and sharp tempers reflect something else — something of which the public is still largely unaware. That the government went outside, in planning the mass vaccination campaign, made insufficient use of the established expertise and experience of the public health sector, preferring instead that the job be largely managed in the “far more efficient” (if completely untried and inexperienced) private sector. That might explain some of the logistics problems, the bizarre way that some GP practices have received supplies at the expense of other practices, and the inefficient and labour-intensive way in which higher-priority cases were managed, and stocks seemed to be almost randomly distributed. It might add fuel to suggestions that logistics systems have been organised to favour the coalition’s interests in marginal seats.

Bismarck (and Claud Cockburn) once said that one should never believe anything of government until it has been officially denied. That has not happened yet, if only because all of the arrangements, and all of the discussion of them by such public officials making authorised statements, have efficiently concealed the nature and the scale of the transactions with consultants, cronies, and mates. On form, it will all be a done deal before the public — and the watchdogs — get much of a look-in. On form, as well, government and the public sector will resist all efforts to raise the veil, and be entirely indifferent, at least in public, to questions of value for money, the return of unspent sums, or even a proper accounting for the money that has been spent. On form, moreover, this inspired and ideological campaign will probably end up without useful or enduring public health outcomes at local, community and regional level, or lessons that can be integrated into the next pandemic. By then the smarties will have moved on, probably complaining, as Gerry Norman does,  of the no-hopers they had to deal with, and the ordeal they faced putting our money in their pocket.

It’s an ill pandemic and economic collapse that blows no good for the mates. Pity about the victims. And about the exchequer.