The RBA should stick to inflation targeting

The RBA faces an unprecedented challenge in trying to address a global recession with its main policy interest rate at the effective lower bound and the Australian economy now undergoing its first episode of year-on-year deflation in decades.

In anticipation of this existential crisis for monetary policy, there have been renewed calls for the RBA to abandon its inflation targeting framework.

But these calls amount to a desire for the RBA to “fix the plane while it is flying” and could cause a crash in the economy through a debt-deflation spiral such as we saw in the Great Depression.

With the RBA’s policy interest rate at its effective lower bound of 0.25 per cent, the potency of monetary policy in its current form is, to be sure, highly limited. So it is natural to try to think outside of the box to address the economic consequences of the COVID-19 crisis.

However, the best thing the RBA can do right now is keep long-term inflation expectations anchored and use whatever moral suasion it has to convince the government that fiscal stimulus is the main weapon left in the policy arsenal to address a massive shortfall in demand.

If inflation expectations were to fall when interest rates are already low, it would have the impact of increasing the real cost of borrowing. This is what happened in the Great Depression and it resulted in widespread default on debts.

Speaking about the Great Depression, Ben Bernanke famously said to Milton Friedman on his 90th birthday in 2002, “You’re right, we did it… But thanks to you, we won’t do it again”. And Bernanke ultimately delivered on that promise through unconventional monetary policies. These policies didn’t prevent the “Great Recession” or lead to a quick recovery. There are limits to the effectiveness of monetary policy when conventional measures are unavailable.

But Bernanke’s unconventional policies did keep inflation expectations stable and prevented the Federal Reserve making the crisis worse, as it did during the Great Depression.

So what about recent calls for nominal GDP targeting instead? Many economists have argued that such an approach or the related one of price level targeting is better than an inflation target.

The problem is that, even if a nominal GDP target works better in some economic models, it is much harder to communicate in reality.

The head of a major bank in Canada told the media during the global financial crisis that he had not gone for the alphabet soup of toxic assets coming out of the US, which European Banks had eaten up, for a very simple reason. He could not explain how these assets worked to his mother-in-law (who was an academic).

Nominal GDP targeting versus inflation targeting has the same issue. I, for one, cannot explain a nominal GDP target to my mother-in-law, let alone most anyone I meet other than those studying for a degree in economics.

I can, however, explain an inflation target. The RBA will conduct conventional and unconventional policies with goal of getting CPI inflation back to between 2-3 per cent over the medium term. That is a clear objective and the RBA has been successful in delivering on it in the past.

A nominal GDP target works similarly, but it is about nominal GDP growth, not inflation. The communication problem is that I would first have to explain what nominal GDP is, including its difference from real GDP. This is the first lecture in introductory macroeconomics. But it turns out most people didn’t sign up for the course.

Yet, for a monetary policy framework to be effective, a lot of people need to be able to understand it. This is because inflation is something of a self-fulfilling prophecy and its main determinant is what the public expects it to be. An inflation target anchors these expectations.

The recent commentary asks whether an inflation target is still credible in the face of such a severe global recession as we now appear to be facing.

It is true that the RBA has a tough job set out for it. But a nominal GDP target seems even less credible. Shifting the goalposts in the middle of a crisis would only serve to undermine whatever credibility the RBA has.

There is an element of nominal GDP targeting that is useful and should be incorporated within the inflation targeting framework.

A nominal GDP target does not “let bygones be bygones” in terms of past misses on inflation. This can be problematic if inflation had temporarily run high due to, say, a cyclone that drove the price of bananas to $20/kg. It would suggest the RBA should create deflation to offset the past spike in inflation.

But there is an asymmetry in how the RBA should respond to the past. If inflation runs below target, including with the current deflation due to the crisis, it can be useful for the RBA to commit that it would allow an offsetting temporary increase in inflation above the target range in the future.

Such an asymmetric response to past inflation effectively means the RBA’s long-run target is more like 2.75 per cent rather than the 2.50 midpoint of its 2-3 per cent target range. But the offsetting temporary increase in future inflation and a slightly higher long-run target would be good in that they could help lower real borrowing costs now if they shore up inflation expectations.

Sticking to its principles

The RBA will have to be creative in pursuing unconventional policies to achieve its inflation target and do its part to bring the Australian economy back to where it was before the current crisis. It already has taken such measures as “yield curve control” to bring down longer-term interest rates and provide forward guidance about future interest rates.

But the RBA should not include abandoning its inflation target as one such unconventional measure. This would only serve to sink inflation expectations and make the economic fallout of the COVID-19 crisis worse. 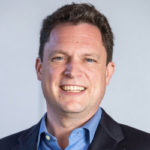 James Morley is Professor of Macroeconomics at the University of Sydney and Co-Director of the "Global Perspectives on Economic Policy" initiative for the Faculty of Arts & Social Sciences. He is a Fellow of the International Association for Applied Econometrics and Co-Editor of The Economic Record. His research is on the empirical analysis of business cycles, stabilization policy, and sources of persistent changes in macroeconomic and financial conditions.