How many refugees will drown at Bhasan Char in Bangladesh? 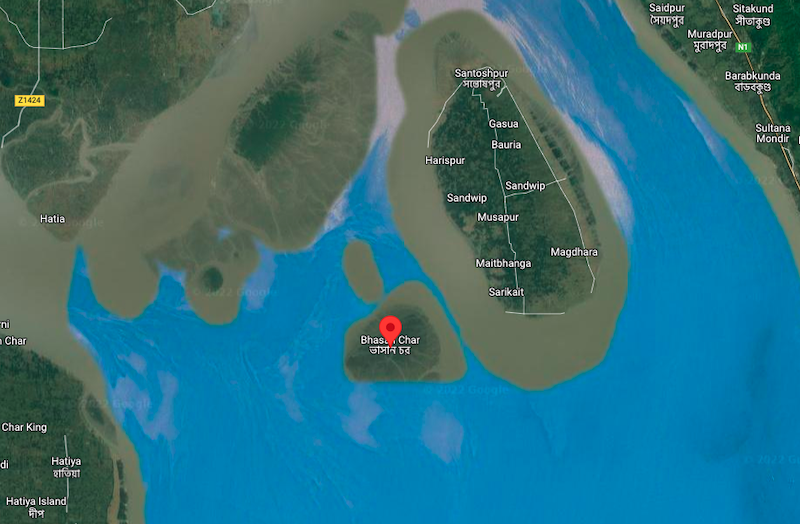 Bhasan Char has grown through natural silt and clay built up from being only a sand bar some 20 years ago or so.  (Image: Google Maps)

Over 20,000 Rohingya refugees have been recently moved to Bhasan Char, and are at risk of drowning.

Bhasan Char is a low silt island in the Bay of Bengal that is at risk of inundation during storms, but although warned the Bangladesh authorities do not seem to care. Some reports indicate that over the next few years, the total number of inhabitants could rise to over 100,000.

Bhasan Char is a silt island about 20 km west of Chittagong in the Bay of Bengal.  It has grown through natural silt and clay built up from being only a sand bar some 20 years ago or so.  Today it houses thousands of refugees in a set of new buildings. The buildings are surrounded by a 3 m high sea-wall built with the intention of protecting the island and its inhabitants against waves and storm surges.  The basic island prior to the recent buildings was about 2.8 m above the normal maximum sea level.

The essential problem is that passage of a strong cyclone during a high tide could easily breach the simple coastal defence walls, due to a combination of the following processes common in many coastal oceans. Spring tides occur every 14.7 days, and result in the maximum range of sea levels occurring twice a day over a period of 2 to 3 days over that two-week period. In the nearby port of Chittagong, the range between high and low tide during spring tides can be as high as 4 m, and tidal modelling in the Bay of Bengal suggest that the tidal heights will be little different at Bhasan Char.

Tropical cyclones are relatively common in the Bay of Bengal, and to date there does not seem to have yet been a cyclone that has caused damage to the Island, although the developed Island has only been in existence for a short time. Even a category 3 cyclone would have winds in excess of 165 km/hour, and associated with the passage of such a tropical cyclone comes wind waves of over 7 to 10 m in height and a storm surge (an additional sea level rise) associated with the storm of perhaps 2 to 3m.

Strong storms also generate strong coastal currents which have the capacity to erode and transport large volumes of sand in a short time. For example, in June 2016 at Narrabeen (NSW Australia), a storm removed over 180 m3 of sand per linear metre of beach. More recent storms have eroded coastal cliffs of many metres height, and houses have been damaged beyond repair!

So under severe conditions, when tides are high and all cyclonic process act together, the Island would be subject to sea levels approaching or exceeding the seawall height, and with additional storm waves of several metres in height the sea wall will be easily overtopped. The wave swash associated with the passage of each wave will erode and suspend sands surrounding and supporting the sea walls, with the sands being then transported away rapidly in the currents. The erosion of the foundations of the sea walls will cause the seawalls to crumble, leaving the island infrastructure and inhabitants fully exposed.

Such storm events occur relatively commonly around the world, and the usual immediate emergency response is to evacuate people who are at risk to higher ground or areas away from the coast. But evacuation will not be possible at Bhasan Char, partly because of the number of residents, and partly because of lack of logistics, since boats will be unable to proceed safely to and from Chittagong in such a storm let alone dock at the Island. The chances of the combination of tides and proximate cyclone passage are perhaps as high as 1 in 100, but as we have experienced, storms with a 1 in 100 year expected return period can happen at any time. The warming of the atmosphere with climate change drives more water vapour into the atmosphere, so that such storms are liable to become not only stronger, but more common in the future.

Bhasan Char is the site of a storm disaster waiting to happen, and when it does many inhabitants will drown. Unfortunately, this human tragedy does not seem to worry the Bangladesh Government, and the potential plight of the inhabitants needs to be highlighted internationally. 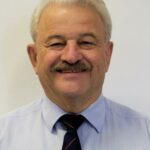 Jason Middleton is an Emeritus Professor at the School of Aviation, UNSW, and has extensively researched coastal ocean processes and erosion.