COVID-19 will bring decreases in employment and labour supply in Australia – at a scale and speed which are unprecedented. This article explains why COVID-19 is having these effects and describes who are the workers being most affected.

The increasing incidence of COVID-19 in Australia has begun in the past week to have major consequences for the labour market. The immediate impact has been on employment; eventually, however, there will also be large effects on the size of the population able to work.

The decrease in employment is due to a big drop-off in spending by Australian households. Declining spending is the inevitable result of government prohibitions on undertaking activities such as attending sporting events or eating out; and people avoiding activities where they believe they are at risk of catching COVID-19. As well, a range of factors – including uncertainty, lower wealth and reduced time available for buying activity – means less spending on semi-durable and durable consumption goods.

A back-of-the-envelope estimate is that spending on the set of goods and services already affected by the pandemic account for about 22 per cent of total weekly spending of an average Australian household (or 28.5 per cent of non-housing spending) (derived from the ABS 2015-16 Household Expenditure Survey). The obliteration of demand for businesses producing these goods and services has meant that they are adjusting by laying off workers – rather than for example cutting workers’ hours or seeking to reduce wage costs.

How many workers might be affected by the layoffs? I have had a rough attempt to identify the industries being most adversely affected at present. Table 1 lists the industries and their employment levels in November 2019 (from the ABS Labour Force Survey). In total, the industries accounted for employment of about 2.9 million workers. Around one-half of these workers were concentrated in just two industries: ‘other store-based retailing (that is, retailing apart from food, fuel and motor vehicles)’ and ‘food and beverage services’.

Looking at the overall number, it is possible to make some rough forecasts of what might happen to the rate of unemployment. If one-third of the workers were to become unemployed (and not taking into account any off-setting increase in employment or change in the labour force), it would mean a rate of unemployment of 12.5 per cent. One-half becoming unemployed would bring the rate to 16.0 per cent.

Who are the workers being laid off? Table 2 provides information on the characteristics of workers in my selected industries from the 2016 ABS Census. The workers are predominantly young with over 50 per cent being under 35 years of age. Just over 80 per cent are employees. Employees in the industries are fairly evenly distributed by sex and by full-time/part-time status.

Some positive effect on employment is happening due to COVID-19 – especially in the retail grocery industry and associated logistic services; and for office supplies needed to work at home. While spending on office supplies for working at home may be a one-off, a higher level of spending at retail grocery outlets seems likely to be a permanent feature of the pandemic – mainly because households will have to substitute from eating out and take-away to home-prepared meals.

In a relatively short period, we would also expect an increase in employment from the greater need to use health care and health services. Other areas where increased labour demand seems likely are for home delivery of goods bought online, cleaning services, services usually undertaken by volunteers and from government agencies dealing with COVID-19.

Effects on the size of population able to work are now beginning to occur as schools and childcare centres close, with some workers needing to withdraw to care for their children (accentuated by parents not wanting to risk having grand-parents look after their children). In the coming weeks, there will be further implications for labour supply. First, illness from COVID-19 will cause workers to need to withdraw from their employment. Second, some workers will need to withdraw to provide care for family members who become ill. Third, other workers may withdraw from employment out of concern for becoming ill or due to being required to undergo a quarantine period.

It is difficult to be precise about the magnitude of withdrawal from the labour market, but the number is potentially large. In the immediate period, most of the impact seems likely to come from withdrawal for caring or to avoid the illness. For example, in 2019 there were 1.21 million families where either both partners work or the sole parent was employed and with children aged from 0-9 years (ABS, Characteristics of Employment Survey); and in 2016 there were 634,500 persons aged 65 to 84 years undertaking voluntary work (ABS Census).

In the coming weeks, COVID-19 may also have a substantial impact on available labour supply. Under a (hopefully pessimistic) scenario that COVID-19 continues its current rate of growth over the next three weeks, with those infected in the previous two weeks then unable to work, this would be about 67,500 persons out of work due to illness at that point in time. (This calculation assumes: i] 75,000 extra cases in the second and third weeks – based on the number of cases quadrupling every week; ii] 90 per cent of those cases being in the population aged 20 to 69 years; and iii] All cases withdrawing from employment for two weeks.)

Many workers who need to have a period out of work due to illness or caregiving will retain their job during that time – for example, being on sick or carer’s leave or unpaid leave. In this case, the official measure of labour force participation remains unchanged, but the amount of labour actually available to work is reduced. Hence, COVID-19 is likely to cause a widening gap between the official labour force participation measure and the amount of labour actually available at a point in time.

There will be other challenges in the labour market for policy-makers. First, the balance between the demand and supply of labour will vary over time. The biggest initial impact has been on employment; but that will change with decisions to close schools being made and once the number of COVID-19 cases increases. As well, movements in employment and supply will occur more quickly and by larger amounts than we are used to observing. Second, assisting labour market adjustment so that jobseekers can be quickly matched to newly created jobs will be a major issue – especially given the critical importance of many of the new jobs to responding effectively to COVID-19 and maintaining key services (such as care for people with disabilities).

COVID-19 has already had a dramatic negative effect on employment – that much is evident from news images of queues at Centrelink. Further decreases seem likely to happen in future weeks – with my rough estimate being that 2.9 million persons are employed in industries that have already been or might be affected. It seems inevitable that the rate of unemployment will rise above 10 per cent – probably as soon as the March Labour Force Survey. Disruption to the labour market is now also coming from workers who are needing to take leave to look after children – and the effect on labour supply will grow as workers become ill or need to care for ill family members. The scale and speed of these changes are making for the most difficult labour market policy challenge in the post-WW2 era.

*I am grateful to Mike Keating for very helpful comments. A longer version of this article is available at: https://drive.google.com/file/d/13VwrsDMruWIYsDvWmctsrklkDmwwI5Wl/view 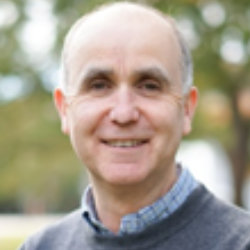