Stalemate at Stormont – elections for the Northern Ireland Assembly 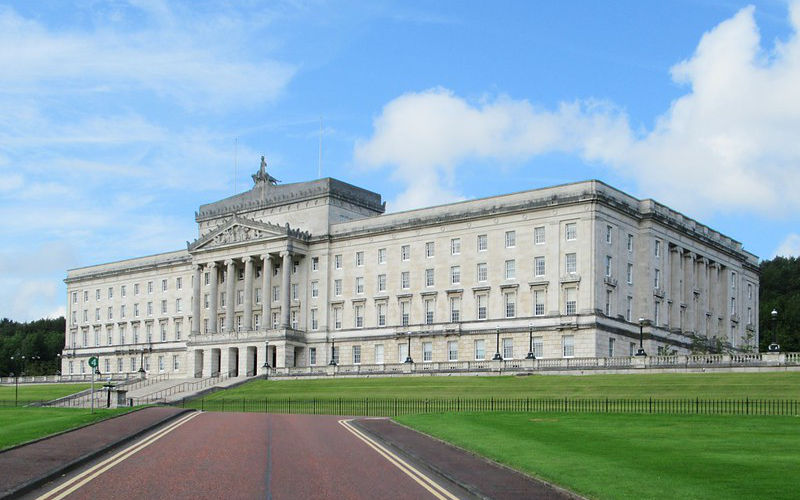 The elections for the Northern Ireland Assembly, scheduled for 5 May 2022, may be the most important in the Assembly’s history. Yet, they will resolve nothing. Instead, they will set the parameters for what will happen next in this troubled land. And the prospects are not encouraging.

I say the elections will resolve nothing because of the nature of NI’s electoral system. The 1998 Good Friday Agreement (GFA) prescribed for NI a consociation model of democracy. This model, used in states that have major internal divisions along ethnic, religious, or linguistic lines, aims is to avoid resort to violence by providing governmental stability through power-sharing.

Unlike Australia’s elections, where one party or a coalition of like-minded parties forms government with a mandate to implement its platform, the NI Executive comprises a mandatory coalition using a formula that distributes ministerial offices to the parties relative to the size of their representation in the Assembly.

The NI Assembly comprises 90 members elected by proportional representation from 18 constituencies, each returning five members for a five-year term. Elected members (apart from the Speaker) must declare their designation: Nationalist, Unionist, or Other. Currently, there are 40 Unionist, 38 Nationalist, and 11 Other MLAs, with the Democratic Unionist Party and Sinn Féin each holding 26 seats.

The Executive includes eight departmental portfolios: the DUP holds three, SF holds two, and the Ulster Unionist Party, the Social Democratic and Labour Party, and the Alliance Party one each.

So, the upcoming elections will determine how many places each party will receive in the new Executive (along with their choice of portfolio) and which parties will have the right to nominate the First Minister and the deputy First Minister, respectively. However, the elections will not provide a mandate to implement a particular platform. Instead, the parties in the Executive, whose platforms are often inconsistent and, in some cases, antagonistic, are expected to collaborate to prepare each year a ‘program for government’.

And this has proved to be one of the weaknesses of the consociation model as applied to NI for it requires the collaboration of antagonists. The last time a program for government was approved as envisaged in the GFA and the NI Act was ten years ago. In the meantime, many government services have descended into crisis, especially the health service. Yet, bread-and-butter issues will not be at the forefront of the campaign, as I will explain below.

The system’s dependence on the collaboration of antagonists has led to another, much graver, problem. In the 22-year history of the NI Assembly there have been six instances where one party or another has withdrawn from the process altogether, thus suspending the institutions of government. In one case the suspension lasted four and a half years and in another three years. In total the Assembly has been suspended for more than a third of its life.

Following the 2017 suspension, which lasted three years, the UK parliament passed legislation aimed at limiting the damage from such events. As well, NI’s parties negotiated New Decade, New Approach, an agreement designed to stabilise power sharing. It was signed on 9 January 2020 and two days later the parties re-entered devolved government.

Nevertheless, on 4 February 2022 the system collapsed again when the DUP’s Paul Givan resigned as First Minister in protest at the lack of progress in negotiations between the British government and the European Union over the Northern Ireland Protocol (NIP). Givan’s resignation meant that the position of deputy First Minister, held by SF’s Michelle O’Neill, was also vacated. Under the new legislation, the Assembly continues to function, but it can deal only with business already in progress, and the departmental ministers remain in post, but with limited powers.

This most recent suspension transcends the traditional fractiousness of NI politics in that the dispute is not between NI’s parties but between the DUP and the British government. Unlike previous suspensions, there is nothing the other parties in the Assembly can do to address the DUP’s grievances.

In a democracy with a majoritarian model of government, an immanent election would provide a pathway out of such an impasse. But in NI’s case, the forthcoming elections provides no such solution. Already, Sir Jeffrey Donaldson MP, leader of the DUP, has declared that it will be ‘difficult’ for his party to join a government after the elections if issues around the NIP are not addressed.

For the DUP, the ‘issues’ are essentially the existence of a virtual border in the Irish Sea, though the party has also identified practical difficulties with the NIP’s implementation. It is the latter which have been the focus of discussions between the British government and the EU. It is unlikely they will address the former in a manner acceptable to the DUP. Now that the war in Ukraine has dictated the need for Britain and Europe to act more cooperatively, it is improbable that Britain will risk damaging relations with the EU to satisfy NI’s unionists.

But that is not the end of the story. Next year the Assembly will vote on whether to continue the NIP’s trading arrangements. If the elections return a majority opposed to the NIP, the Irish Sea border could potentially be eliminated. Polling suggests such a majority is unlikely, but, as I will explain shortly, NI election results are difficult to predict.

So, what can we expect in the runup to the elections? Some commentators have argued that Givan’s resignation and Donaldson’s talk of the NIP’s existential threat to the union were designed to rally unionists to the DUP’s banner. Since the last elections in 2017, the DUP has been losing support on the right to the Traditional Unionist Voice, a unionist party more hardline than the DUP, and on the left to the UUP, which portrays itself as the voice of moderate, progressive unionism, and to the Alliance Party, which is neither unionist nor nationalist but which appeals to a growing number in NI who wish to move on from the sectarian politics of the past.

In the meantime, Sinn Féin is hoping to become the largest party in the new Assembly. While opinion polls point in that direction, the complexity of NI’s electoral system makes it difficult to predict the outcome. As with Australia’s Senate elections, the winner of the final seat in NI’s multi-member constituencies will be determined by a complex flow of preferences that can yield unexpected results. In Australia’s case there are six such constituencies; in NI there are eighteen. So, the number of seats a party could potentially win varies widely, depending on how well it does in harvesting votes in the distribution of preferences.

SF, on the other hand, is walking a fine line, denying the elections are about Irish unity, but working hard to achieve majority status to provide it with a mandate to advance its campaign for a border poll to be held. In the meantime, the UUP, SDLP and Alliance are doing their best to focus the campaign around bread-and-butter issues, but they are being drowned out by their more shrill opponents.

Some commentators have expressed concern that the heightened rhetoric, particularly at anti-NIP rallies, will incite some loyalists to vent their anger violently. Already there has been a UVF bomb hoax, and a noose was placed around the neck of an election poster of UUP leader Doug Beattie, who has refused to join with the DUP and TUV in the anti-NIP campaign.

So, May’s election will not be about which party can best address the people’s bread-and-butter concerns, such as a health system in crisis or the rising cost of living. Instead, issues beyond the control of a NI government, such as repeal of the NIP and the holding of a border poll, are set to dominate the campaign.

After the polls close on 5 May and the votes are counted, the big question will be whether NI will have a devolved government at all or whether the result will once again be stalemate at Stormont.

Dr Jeff Kildea is an Honorary Professor in Irish Studies at the University of New South Wales and an historian of early 20th-century Australia. He is the author of Hugh Mahon: Patriot, Pressman, Politician (Anchor Books Australia, 2020)