New Medicare data, released today, has prompted a statement from Minister for Health, Greg Hunt, claiming that “nearly nine out of 10 Australians visit their GPs without paying a cent” and a media interview where he played down the impact of out-of-pocket costs on consumers, attributing any problems to a small group of specialists explaining that “the overwhelming majority of specialists do the right thing, but there are outliers.”

The Minister sounds convincing yet his presentation of the data conflicts markedly with research from consumer and expert groups which indicates that out-of-pocket health care costs are a widespread and systemic problem within our health system.

So, who is correct?  Have consumers and other experts got things completely wrong? Or does the Minister not understand what the Medicare data means?

Jennifer Doggett draws on work by Dr Lesley Russell to unpack some of the issues involved, below.

If 86 percent of medical services are provided without cost to consumers, how can Australia have such a large problem with out-of-pocket health costs?

Part of the reason for the apparent disconnect between the position of the Minister and that of consumers (and others) is that in presenting the data the Minister has confused ‘services’ with ‘people’.

However, this does not mean that 86 percent of people receiving Medicare services were bulk billed.

Bulk billing is not an entitlement and is available only at the discretion of providers.  As a result, bulk billed services are not evenly distributed across the country or across the population. Some areas have a high number of GPs who bulk bill and some have very few.

As Dr Lesley Russell has noted previously in Croakey, there is considerable variability in the rate of bulk billing between the states and territories, ranging from 69 percent in the Northern Territory to 31 percent in the Australian Capital Territory. Within states there can also be large variations between urban and rural areas and even between suburbs within cities.

Also, patterns of bulk billing vary from doctor to doctor and practice to practice. Some GPs bulk bill everyone, some bulk bill only specific groups of people (such as children or pensioners) and some do not bulk bill at all.

For example, say a GP treats only two patients during a designated period – a child whom she sees nine times (bulk billed) and an adult whom she sees only once (with a co-payment).  It would not be correct to say that 90 percent of this GP’s patients have been bulk billed.

While 90 percent of the services provided by the GP may have been bulk billed, only 50 percent of her patients received care free of charge.

Adding to the complexity is the fact that it is very common for people to receive more than one Medicare-funded service in the same consultation. For example, someone seeing a GP may be referred for x-rays, ultrasounds or blood tests. These services are all part of the same episode of care.

If any one of the services provided to a consumer as part of a visit to a GP or specialist incurs a co-payment then, from the consumer’s perspective, they have had to pay for that episode of care.

When these issues are taken into account, a very different picture emerges from the Medicare data.

Russell’s report on the 2016/17 Medicare figures (when bulk billing rates were only slightly lower than today) shows that around a third of all people accessing GP services incurred a payment.  This is over three times the 10 percent figure claimed by Hunt.

And when specialist (and other) services are taken into account, this figure climbs to 50 percent.  Fifty percent of people being bulk billed looks very different to the “nearly 9 out of 10” claimed by Hunt.

Another important factor not evident in the Medicare data is the size of the co-payment incurred by consumers. Again, Russell’s analysis shows that this can vary significantly.  For example, she found that for the 11 million people who had out-of-pocket costs, the median annual OOP cost was $142.

However, 5.5 million people spent more than that and 1.1 million patients spent $601 or more. The level of the co-payment for GP services was lower, on average, but still varied significantly from a median level of $20 to $42 for those in the 90th percentile. Understanding the size of co-payments and the frequency with which they are incurred is vital in order to understand their impact on consumers.

Of course, as Russell also points out, these figures do not capture many of the costs associated with health care, such as medicines, allied health and dental services, aids and devices, private health insurance and private hospitals.  Non-health service costs incurred as part of accessing care, such as transport or childcare expenses are also important to consider, particularly for people in rural areas or those requiring care over long periods of time.

This problem goes deeper than just political spin. It reflects an overall approach to the health system which is based on the experience of providers and all too often ignores the experiences of consumers.

This is reflected in the committee established by the Minister to develop solutions to problems associated with out-of-pocket costs, which was made up principally of health care providers.  This committee’s only suggestion after almost a year of meetings was a ‘fee disclosure’ website, to be developed at consumers’ expense, which will do little or nothing to relieve the cost burden of health care on consumers.

This should come as no surprise. Out-of-pocket costs are not a problem for doctors. In fact, they stem, at least in part, from the unfettered right of doctors to set their own fees for publicly-subsidised medical services.

Out-of-pocket costs are a consumer problem and therefore can only be solved from a consumer perspective. They are a complex issue but there are ways to minimise their impact on consumers without causing problems elsewhere in the system. Some suggestions on where to start can be found in this paper written by Dr Russell and me.

However, it is impossible for the Minister to solve a problem he cannot see and as long as Greg Hunt and his government misinterpret the Medicare data to minimise the impact of health care costs, the longer too many Australian consumers will face crippling and unaffordable out-of-pocket costs and be denied access to our ‘universal’ system of health care.

This article was published by Croakey on the 5th of July 2019. 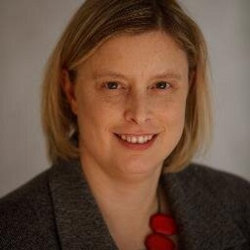 Jennifer Doggett is a health policy analyst and consultant who has worked in a number of different areas of the health system, including the federal health department and the community sector, and as a political advisor on health policy. She currently works with the health provider industry and consumer groups on a range of health issues.