JENNY HOCKING. The palace treats Australia as the colonial child not to be trusted with knowledge of its own history-A REPOST from September 11 2017

Forty-five years after Governor-General John Kerr dismissed Prime Minister Gough Whitlam, records of his communications with the British monarchy in the lead-up to that event are still withheld from us, the Australian people.  The Turnbull government faces some daunting legal challenges in the high court in the coming weeks. Legal experts are doubtful that either the government’s postal survey on same-sex marriage or the eligibility of its members who failed to notice the citizenship requirements of section 44 will survive high court challenge. But these are not the only legal proceedings of interest to the government – and in particular the prime minister – taking place this week. On Wednesday, the “palace letters” case will conclude in the federal court in Sydney. I commenced this action last year, seeking the release of letters between the Queen and the governor general about the dismissal of the Whitlam government, which are held by the National Archives and embargoed by the Queen.

Gough Whitlam said in 1973, “We are a separate country from Britain. We are an entirely independent country.” Two years and a second election victory later, Whitlam was removed from office by the Queen’s representative, the governor general Sir John Kerr. Questions were immediately raised about the possible role of the palace in Kerr’s unprecedented action and to this day those questions remain unanswered. The suspicion that the Queen knew more than has ever been publicly acknowledged has been fuelled in recent years by the growing controversy over the secret “palace letters”.

These letters, between the governor general and the Queen, her private secretary and Prince Charles, in the weeks before the dismissal are held by our National Archives in Canberra – not for access by us, but for protection from us. Unlike commonwealth records which are open after 30 years, the palace letters have been designated “personal” records and on the instructions of the Queen they are embargoed until at least 2027 with her private secretary retaining a veto even after that date. This is a concerning situation for an independent nation, one made even more so by the passage of time. It is now more than 40 years since the dismissal of the Whitlam government and the palace continues to treat us as the recalcitrant colonial child, not to be trusted with such a dangerous thing as knowledge of our own history.

There is no doubt that these letters are of the greatest historical significance. We know this from extracts of six of the palace letters which I identified among Kerr’s papers in the archives, and also from a rare glimpse into Kerr’s communications with the Queen’s private secretary, Sir Martin Charteris, detailed by Kerr in his 1980 journal. Kerr refers there to “Charteris’ advice to me on dismissal” and to his communications with Charteris about his concern that he himself could be dismissed – that Whitlam might recall him should he become aware that Kerr was secretly considering dismissing him as prime minister.

Kerr’s records show that he had also confided to Prince Charles in September 1975, one month before supply was blocked in the Senate, that he was considering dismissing Whitlam and was therefore concerned for his own position. Charles duly relayed this to Charteris, while expressing dismay at the prospect – not of Whitlam’s dismissal, but of Kerr’s possible recall – telling Kerr: “Bur surely Sir John, the Queen should not have to accept advice that you should be recalled … should this happen when you were considering having to dismiss the government.” According to Kerr’s records, Charteris then wrote to Kerr in early October, reassuring him that if “the contingency to which you refer” should arise and if Whitlam moved to recall him as governor general, then the palace would “delay things”.

There is only one way to challenge this powerful designation of “personal”, and that is through a federal court action, which concludes this week. Lead barrister, Antony Whitlam QC, addressed the central question of the nature of “personal” as opposed to “commonwealth” records, arguing that correspondence between the Queen and her representative in Australia could not be considered “personal”. “It cannot seriously be suggested that there was a personal relationship between the Queen and Sir John Kerr.” Whitlam contended that “personal records” would be records that were “unrelated to the performance of Sir John’s official duties” and would not extend to Kerr’s correspondence with the palace prior to his dismissal of the Whitlam government in November 1975.

Thomas Howe QC for the National Archives, however, described the letters as Kerr’s “personal property” for him to dispose of as he wished. The letters were deposited with the archives by Mr David Smith, the governor general’s official secretary, after Kerr left office. However, Howe contended, in doing so Smith was acting as an “agent” of Kerr and on his instructions, “They are the property of Sir John Kerr personally, not the commonwealth or the official establishment.”

It was intrigue upon intrigue as Howe then detailed the secret late-night photocopying by David Smith of a second set of palace letters, a set requested by Kerr to “refresh his memory” while writing his memoirs in France after his resignation as governor general. That Smith undertook this task in secret and late at night, Howe argued, pointed to the private nature of the letters which necessitated therefore that Smith take copies after hours – making use of the Government House photocopier, paper and letterhead when doing so. The very fact that Kerr created these copies and passed them to his heirs for deposit separately in the archives, Howe argued, indicated their “personal” nature.

Adding to the tangle is that David Smith himself was closely involved in writing the palace letters, which highlights a slightly different aspect to their status as “official records” – they reflect the relationship between the governor general and his official secretary in their preparation and the relationship between the Queen and her representative in their communication.

Professor Jenny Hocking is biographer and author of Gough Whitlam: A Moment in History; Gough Whitlam: His Time; and The Dismissal Dossier: Everything You Were Never Meant to Know About November 1975.

This article first appeared in The Guardian on September 6, 2017. 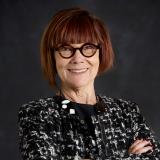