JERRY ROBERTS.  The weirdest by-election of them all

On a day of weird and silly by-elections the weirdest of all was held in Perth. For Sydney-siders who have never heard of the place, that’s a remote capital city on the Indian Ocean side of the continent.

The Perth poll was the only one of the five not caused by the inability of the High Court to remedy a constitutional anomaly that disqualifies millions of Australians from sitting in their own Parliament.

In Perth, Labor’s rising star who won the seat in 2016 could not even sit out his first term and the Liberals, fresh from demolishing Labor in the hills overlooking Perth, did not even stand a candidate. The rumour around the town (popular in the Labor Party) was that the Liberals were skint and could not afford to run a Perth campaign. For the Party of capital to be short of sugar seemed an unlikely story.

Nor did the Liberals on Super Saturday field a candidate in Fremantle, Perth’s harbour city where the Swan River meets the sea. This was more understandable in view of Fremantle’s reputation as the home of left-wing vegetarians whose big decision in life is whether to vote Labor or Greens. Nevertheless, it was another bad move by WA Liberals.

Among the others was the most interesting face on the ballot paper, an excellent candidate by the name of Barry Mason standing for the Citizens Electoral Council on the single issue of breaking up the banks. Barry promoted the banking separation bill introduced in the last week of the parliamentary sitting by Bob Katter and seconded by Andrew Wilkie.

I am spending the parliamentary break writing to all members of the Labor Party’s economics committee urging them to do likewise and support Bob’s bill. There are 34 honourable members on the committee and I have about a dozen to go. I have received responses from Doug Cameron and Jim Chalmers and from the office of Greens Senator Peter Whish-Wilson, whom I included in the correspondence.

Doug said Labor’s position was to await the report of the Royal Commissioner. I hardly think that is good enough for the Party of Curtin and Chifley. The question for the ALP is whether it is prepared to put substance under its motherhood statements of concern for the working and middle classes.

Saturday’s results were a body blow to the evil geniuses who rig opinion polls and to the Murdoch press and Anthony Albanese who had signalled a readiness to crawl to the right by brown-nosing to business and dog-whistling on boats. I didn’t buy the paper but I saw the headline on The Weekend Australian. Labour would have won easily under Albanese’s leadership, screamed the front page. The only point that can be made with certainty is that voters would not know the difference between Anthony Albanese and King Alphonse 11 of Lower Slobovia.

Hatred of the political class by a population which has come to realise it is exploited was a major factor. In the Brexit referendum Remain made the fatal mistake of being fronted by detested politicians – Nick Clegg, Will and Jack Straw, George Osborne, Tony Blair. The chance to kick these people proved irresistible. Similarly, Hillary was the most detested machine candidate the Democrats had available ….

Finally, the key factor that unites all three opinion poll charts – (British) general election, Brexit and Scottish independence referendum – is that opinion swings very fast indeed inside the period of broadcasting restrictions when broadcasters have to give at least a semblance of fair time to the view which the Establishment generally derides.

The day was a fine result for Bill Shorten who appears to be ever so cautiously moving Labor away from the neoliberal precepts of the last 30 years. Bill is an astute judge of the pace and he will not be over-confident, especially in Queensland. 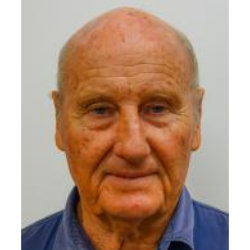