JOCELYN PIXLEY. What is new about Westpac’s robber barons after Hayne’s Royal Commission?

Was it surprising to hear AUSTRAC’s allegations that Westpac breached money-laundering laws 23 million times? When the LNP won government in May 2019, bankers cheered reinstalled Ministers, delighted that the Royal Commission’s February recommendations were unlikely to be fully implemented. Conditions were in place, then, with the unfolding script already tattered. Less discussed was the meaning of “money laundering”.

To summarise as scandals multiply, an International Financial Action Task Force (FATF) was about to review Australia’s compliance to money-laundering standards for preventing global financial crimes. But on November 20, 2019, AUSTRAC dropped its ‘bombshell’. Westpac’s top brass offered ‘sincere apologies’, at first assuming they could negotiate themselves to safety (Knight 2019 SMH). Adele Ferguson suggests (also SMH Nov 27) the ‘fateful mistake’ and ‘tin ears’ of top officials were in trying to ‘ride this scandal out’. They peddled the line ‘they didn’t know’; Westpac CEO said, “Stay calm, this is no Enron”, and “we don’t need to overcook this”. The Board chair, Ferguson recalls, also told shareholders in late 2018 that ‘Hayne’s summation of banks being greedy didn’t apply to Westpac’.

These usual emotions and typical propaganda have a certain stupidity about them. The PM was shocked, just shocked, at Westpac, while on 28 November the Government narrowly lost its “Ensuring Integrity Bill” in the Senate, or union-busting bill to the ALP (demerits to deregistration). Senators compared the Treasurer’s hands-off about Westpac’s integrity, or that of the government. Foolhardy too was Westpac’s CEO citing Enron because top officials were jailed in 2002. That’s an idea.

A few brave souls remain bank supporters, including another SMH journalist who argued the Westpac breaches only provoked “outrage and emotion”. The Westpac board could lose “corporate memory” via any purge from the “intensity of the emotional response”. CEOs could be “judged guilty” through “surrendering to the mob”, Bartholomeusz warned (Nov 28).

However, the Westpac Board’s report on 4 November had mentioned AUSTRAC’s inquiry, and the CBA committed only thousands (53k) of laundering breaches not millions, two years ago. NAB reports that AUSTRAC is also investigating it. Other key facts were that Westpac had avoided the reporting obligations of SWIFT, the global funds transfer system (West 30 Nov The Saturday Paper; Verrender 25 Nov ABC).

Elsewhere, HSBC, Standard Chartered and BNP Paribas paid billions in laundering fines earlier and, as AUSTRAC’s statement of claim makes clear, it will inquire whether other “corresponding” banks and Westpac’s decision to offer services such as ‘LitePay’ and the ‘Australasian Cash Management’ (ACM) platform were designed to bypass SWIFT. It was costly and inefficient for low, large volume payments, said Westpac, costly because the “LitePay” route could avoid compliance, reporting and data collection: a “lite-cost, lite-visibility service” (Lynch, 2019) https://www.michaelwest.com.au/swerving-swift-the-story-behind-westpacs-money-laundering-calamity-aundering-calamity/

Veblen’s bleak view of prospects for improvements to ‘business principles’ in 1904 are not so different today. Whatever can be sold will be sold and gaining profits against rivals (however slight and brief) trumps any concern for staff and clients (my piece ‘Corporate looters’ in Pearls & Irritations 8 Sept). The malaise continues as bankers correctly assume that the LNP will not act by removing bank licences to create money. Law breaking is lucrative, of course, but laundering not only removes filthy traces of many dubious sources of money transactions. There are also dangers the bulk of the (bank) money we all use drops in value and becomes untrustworthy. Business-financiers are too focused on competition to care and assume the government will help.

Only one aspect is somewhat new. Whereas the shareholder value movement rose again 40 years ago to demand profits at all costs, the nature of these institutional funds has changed. Hayne (2019) uncovered many cases of lawbreaking among private, for-profit funds, but little to concern it among industry superannuation funds, despite the government’s desire to attack them https://johnmenadue.com/jocelyn-pixley-the-coalitions-terms-on-haynes-commission/

Industry super have union and employer groups on their boards and, since the RC’s findings, gained many more clients fleeing private funds. The Westpac Board had to visit their main ‘investors’ (the composition of industry to private super funds is uncertain) and the result was not happy for the CEO and two Westpac board members. Labor asked for a Senate committee to interview the top brass; the LNP refused; however, ASIC and APRA are running their own inquiries; the Westpac AGM looms on 12 December, and class actions are also starting.

Across the world, such absurd scripts multiply like the robber barons Veblen described (1904). Cathy Wilcox shows two Westpac workers asking: ‘I forget – when we do something wrong 23 million times is it an “oversight” or a system?’ (SMH Nov 27). Meantime, history unfolds in a gloomy, uncertain time in which the winners are few and remain smug. The Westpac script was only to be expected in such conditions, but nothing is predictable.

Jocelyn Pixley taught sociology for years, and is now an Honorary Professor at Macquarie University 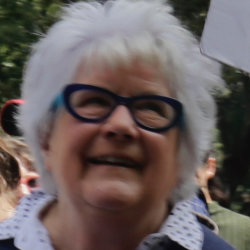 Jocelyn Pixley's research is on Citizenship and Employment (1993); Emotions in Finance (2004;2012), Mobile Capital, and Central Banks (2018), with CUP. She is an Honorary Professor in Sociology at Macquarie.