Joel Fitzgibbon’s resignation from the front bench does not change the policy of the Labor Party. nor its leadership. But it does change the mechanics. 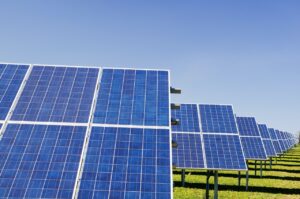 The member for Hunter can no longer be seen just as a rebel, a maverick baying at the fringe of an executive overwhelmingly committed to putting climate change as one of its top priorities.

From his position on the backbench he will be acknowledged as a warlord – a minor one, perhaps, but chief of a formal alliance that will coalesce around discontent over what the critics see as Anthony Albanese’s surrender to the inner city progressives.

And his resignation will force other front benchers to either put up or shut up – to declare their advocacy for the majority decision for a swift transition out of fossil fuels with the aim of zero emissions by 2050, or seriously consider joining Fitzgibbon on the backbench.
It is not clear how many of them there are, but reports vary from four to nine, a reasonably solid core. Some are among the regular diners at the swanky Otis restaurant in Canberra who have been meeting for several months to air their gripes over what they see as the Labor leadership’s move towards the left, away from its working-class base.

In the past they have been tolerated as a harmless supper club, just part of the normal political discourse where like-minded members mull over the loss of the last election and what needs to be done about it. They have been a distraction, but in no sense a threat.

But now they must be recognised as a faction, the party’s right wing seeking to reclaim its former dominance over an era in which the left has held effective power over policy, if not always personnel.

And unlike many of the factional divisions in the past decades, this one will be not about personal loyalties alone – although there will be elements of that – but about ideology. Within the parliamentary party the names left and right will actually mean something in a way they have not really done since the ALP clawed its way out of the great split of the 1950s.

The labels lost their coherence around the time Arthur Calwell and Gough Whitlam faced off some 50 years ago. By any normal measure, Calwell was a conservative. But he was a Victorian, and his home power base was the hardline political machine run by the Melbourne Trades Hall. Thus he was branded forever as a creature of the left. Whitlam. by contrast, was inherently progressive, but his New South Wales support came overwhelmingly from the right.

So within the caucus, the simplistic trademarks stuck, and endured over the years as their successive mentors took control of factions that had little if anything to do with policy but were all about control of the numbers needed to secure patronage and promotion for loyal followers.

This lack of serious ideology untrammelled the warlords and their troops from any bonds of conviction or principle – it was all about winning, whatever it took. It gave rise to comparisons with the mafia – the capo di capi of the right, Graham Richardson, was anointed as the archetypal godfather, a feared despot not to be crossed for pain of losing preselection or possibly sensitive body parts.

Fitzgibbon will never inspire such terror: he is genuinely dedicated to ideas, to dragging the Labor party room to what he sees as the mainstream, to a position from which Labor can win the next election. His ambition may be wrong-headed, but it is not megalomaniac.

However, it may easily turn out to be destructive. Coal may be king in his electorate of Hunter and in parts of regional Queensland. But it is undeniably on the way out just about everywhere else in Australia, and the rest of the beleaguered planet.

Virtually every day brings a new report of plants, corporations, entire nations, moving to divest themselves from what are rapidly becoming stranded assets. Mines are closing, orders curtailed or cancelled altogether. There is no argument that the future is in renewables. The only question is how urgent the switch must be.

Naturally Morrison tried to exploit Labor’s division. Fitzgibbon had been driven out by ideological zealots, he exulted. Presumable he was referring to Mark Butler and Mark Dreyfus, Fitzgibbon’s most voluble critics.

Dreyfus dismissed Fitzgibbon’s complaints: after a major setback in the last election, the member for his coal-mining constituency was just concerned with being re-elected, he said. Well probably – that is, after all, his day job.

But in fact Butler and Dreyfus are much more in tune with popular sentiment than Fitzgibbon and Morrison’s recalcitrant government. Polls have shown regularly and decisively that Australians are worried about climate change and just want the politicians to get on with it.

However Fitzgibbon and his troops are now openly campaigning to have Butler dumped as Albanese’s environment spokesman. Whether they succeed will the first real test of the clout the fight faction can muster.

Meanwhile in the world beyond the bubble, signs of progress continue. New South Wales, led by its energetic Environment Minister Matt Kean, has announced a bold plan to invest $32 billion in infrastructure to supercharge renewables and drive down prices – oh, and provide a lot of jobs for hard-working Australians. This is a real road map, with a real target: four coal power stations to be phased out and replaced with pumped hydro over the next 15 years. Kean is rapidly emerging as the hope of the nation, easily overshadowing the risible federal minister Angus Taylor – or Morrison, for that matter.

And across the Pacific, president-elect Joe Biden prepares to bring America back into the global consensus for urgent action, most importantly a target for zero emissions by 2050.This will not be a clincher: there will be holdouts and fringe dwellers, but they will be seen as still more irrelevant as the rest of the international community ignores their denialism.

And of course, our boy ScoMo will proudly be at the head of the resistance, fog-horning that the little Aussie battler will not be pushed around by a bunch of foreigners, just as soon as he rises from his knees after completing his ritual obeisance to Washington.

This entry was posted in Politics, Top 5 and tagged mw. Bookmark the permalink.