Joel Fitzgibbon and renewable energy in the Hunter.(Renew Economy Nov 17, 2020)

The New South Wales has made a new commitment to transform the now coal-dependent Hunter Region as a hub of new renewable energy and storage projects as part of its broad and ground-breaking plans to transition the state’s grid from coal to renewables. Joel Fitzgibbon is clinging to the past.

News of the new commitment is contained in the details of the Berejiklian government’s legislated list of renewable energy zones, which already includes the Central West, New England and the south-west regions, and which form the plank of its commitment to build 12GW of new wind and solar, and 2GW of storage – over and above business as usual.

The proposed Electricity Infrastructure Investment Bil,, that is designed to implement the Berejiklian government’s push for $32 billion in investment in new wind, solar and storage projects over the next decade – is now before parliament, and appears to have broad support of all parties, with the notable exception of One Nation.

The bill will allow the NSW energy minister Matt Kean to declare parts of the state as designated ‘renewable energy zones’ allowing new investments in wind and solar projects to be coordinated alongside new investments in transmission network infrastructure.

The legislation will also establish an electricity infrastructure investment safeguard, which was flagged as part of a recently unveiled electricity infrastructure strategy, which could see the NSW government provide come degree of price certainty for new projects, including by providing price floors and guarantees to new the wind, solar and storage projects being developed in line with the government’s strategy.

The addition of the new REZ came after amendments proposed by both the independent member for Lake Macquarie, Greg Piper, and the NSW Labor opposition to extend the list of renewable energy zones to include the Hunter region.

Crucially, the Berejiklian government has agreed to move its own amendment, effectively guaranteeing that the Hunter region will be added to the legislated list of renewable energy zones, alongside those in the New England, South-West and Central-West parts of the state.

Kean had previously flagged the potential for additional renewable energy zones to be declared under the proposed legislation, including those that may be developed independently of the NSW government, telling the parliament that the Hunter region had been recognised as a high potential candidate.

“Renewable energy zones are the modern-day equivalent of traditional power stations. They combine generation, transmission, storage and system strength services to ensure a secure, affordable and reliable energy system. They will play a crucial role in delivering affordable energy to help replace the State’s existing power stations as they retire,” Kean told the parliament.

“The Hunter is a prime location to investigate for a future REZ given its strong renewable resources of transmission links. We are happy to work with any community in the State that wants to host a REZ and unlock the Roadmap’s economic benefits.”

It is not currently known what level of new renewable energy development could be supported by a future renewable energy zone centred around the Hunter region, as it was not one of the candidate locations assessed by the Australian Energy Market Operator in the latest iteration of its Integrated System Plan, nor was one included in the NSW government’s original Transmission Infrastructure Strategy.

However, there is clear support for the coal heavy region to feature in the state’s plans to transition its energy system to one predominantly powered by wind and solar, and its inclusion as a renewable energy zone could attract billions in new zero-emissions investment.

The NSW government has already identified three future renewable energy zones, across the Central-West region with the potential for 7,300MW of new projects, the New England region with 5,500MW of potential capacity and a South-West Zone, centred around Hay, with an additional potential of 4,950MW for new wind and solar projects.

As part of the NSW government’s plans, these regions would be paired with substantial investments in new energy storage and transmission infrastructure projects, ensuring the state can transition to a system primarily powered by renewables while maintaining reliable and lower cost supplies of power.

The Hunter region is home to a large proportion of NSW’s coal industry, with almost 9,000MW of coal generation capacity located in the region, including the Eraring, Bayswater, Liddell and Vales Point power stations, but the regions fossil fuel sector faces an uncertain future with all of these coal power stations are expected to close by 2035.

The Hunter region has featured heavily in recent political debate around climate and energy policy, with tensions between a recognised need to support a transition away from coal, while managing the future of workers in the regions coal mining and power generation sectors.

Federal Labor MP Joel Fitzgibbon recently resigned as the shadow resources minister due to a dispute over the party’s climate policies, with Fitzgibbon arguing that Labor had to soften its approach to climate action or risk losing votes in resources heavy regions.

However, it may be the opposite that eventuates if it is ultimately a Liberal state government that embraces strong investment in new renewable energy industries in the Hunter region, leaving coal advocates like Fitzgibbon isolated in their opposition to a proactive transition away from fossil fuels. 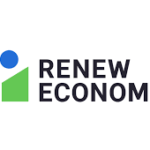