John Austen: Time to call time on Infrastructure Australia? It has failed 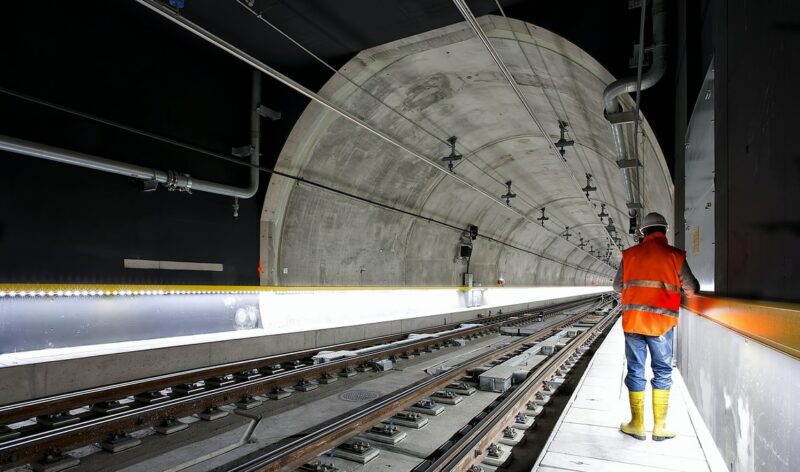 The latest Australian Infrastructure Plan avoids the key issue: Commonwealth (lack of) direction. It seems aimed at bureaucratic empire building and should herald the end of Infrastructure Australia.

Infrastructure Australia was established in 2007 as a statutory body to advise the Commonwealth on nationally significant economic infrastructure.

At the time, it was expected to review big state projects in “need” of federal funding. But governments found it too hard to prove their project proposals were reasonable.

Until 2013, Infrastructure Australia spent much of its time attempting to address this failure. This culminated in a policy-based national infrastructure plan and a rigorous procedure to sort project proposals into four merit-based categories, only one of which was considered suitable for public funding. Very few proposals made the grade.

Also in mid-2014, the High Court upended the central assumption behind Infrastructure Australia. It ruled that “national significance” is not a purpose for Commonwealth government funding. Rather, relevant purposes are limited to the matters identified in the Constitution or uniquely suited to a federal government. Rectifying shortcomings in state infrastructure (budgets) is not such a purpose, even if the Commonwealth Parliament can make (conditional) grants to state projects.

As Commonwealth purposes are a mixture of means and ends, this has implications for policy aims. It should have made Infrastructure Australia’s task clearer and led to a rethink of its advice. It should have resulted in that advice advancing purposes, rather than reacting to lobbying from states, local MPs or “industry”.

If it held a view that the Commonwealth should seek a particular goal, for example productivity or economic development, its advice should have focused on Commonwealth purposes that would contribute to that goal.

For example, for a productivity goal, its advice should call for a policy of interoperable — standardised — transport networks to support interstate and international trade and commerce. That would have called forth projects for access to air and sea ports, rail gauge standardisation and highways for high productivity vehicles, under consistent single-point national regulation.

However, the opposite occurred. The “new” Infrastructure Australia ignored policy. More accurately, it advanced the distorted view that policy is a way to spend more on infrastructure unrelated to Commonwealth purposes.

Its approach to (another) national infrastructure plan in 2016 was to try to identify “gaps” and create worries, for example that traffic congestion would gridlock cities without federal funds.

That plan lacked purpose and supported a falsehood: that the Commonwealth’s primary infrastructure purpose was to give money to projects that states (claimed they) couldn’t afford.

Little wonder, Commonwealth politicians from all sides escalated their infatuation with sports facilities, footpaths, carparks and the like. They backed idiot schemes like Sydney Metro and promoted fantasies like high-speed rail and “congestion busting roads”. With tacit, and sometimes explicit, approval from Infrastructure Australia.

Such behaviour is contrary to the theme – if not the law — laid down by the High Court. Worse, dedication to such (at best) tangents was at the expense of Commonwealth purposes — matters like nationally consistent highway regulation.

That Infrastructure Australia was to re-do its plan every five years gave it an opportunity to correct that mistake and provide guidance to the Commonwealth.

Alas, the latest plan — released in August — did not grasp that opportunity. Worse, it compounds the failure of its predecessor. Instead of providing focus, it further disperses attention into all sorts of non-Commonwealth curios like “place-based planning” and “social infrastructure”.

In so doing, the latest plan virtually invites more promises for whatever politicians like, such as commuter car parks — promises which will contribute to endemic federal corruption.

The remainder of this post considers a few of the plan’s transport comments to illustrate problems.

I found the transport part of the plan riddled with bureaucratese and impenetrable. It refers to causes considered chic by some officials — electric vehicles, digital technology, working from home, etc. It tosses around concepts such as a “30 minute” city, responsive public transport, and equitable pricing and freight without understanding them.

The plan implies the government should forget about subsidiarity, be near omnipotent and become extraordinarily busy “sponsoring” implementation of motherhood recommendations such as this:

“Where required, bring forward the completion of cross-boundary local transport networks that meet users’ short journey needs and prioritise funding support under place-based agreements for partnerships of two or more councils working together.”

The impression is rote recitation rather than understanding.

That impression is reinforced by internal contradictions. One example: the assertion that networks are defined by end-to-end journeys conflicts with them being related to — and projects assessed with reference to — vehicle classes. A door-to-door definition is of little analytic use, as it implies a network can include breaks of gauge which leads away from Commonwealth purposes.

Another: the proposal to treat air and sea ports as (limited) precincts is inconsistent with proposals for networks. The National Ports Strategy, drafted by Infrastructure Australia, asks for ports to be treated as functions rather than places to overcome the key problem facing ports — that is, road, rail and sea channel access to precincts.

For all the talk about covering costs and “reform”, the activity list does not include the “as if road pricing” test for transport projects — would a (road) proposal have merit if there was a policy of road pricing? Yet again, Infrastructure Australia overlooked the single biggest contribution to transport it could make, even if dreaded by the infrastructure club for its potential to expose many demands as a fraud on future generations.

Infrastructure Australia nominates many others, notably the Commonwealth department, for an array of further activities. However, it seldom nominates itself.

That is perhaps the most defensible part of the plan.

The transport section is a mess.

Failure to identify and explain Commonwealth purposes, seven years after guidance from the High Court, and amid turmoil about that issue in associated domains — including infrastructure spending scandals, the pandemic and decay of democratic institutions — is such a deficiency as to cast doubt on whether the organisation should have any future.

The plan’s claim to represent an “industry consensus” makes the situation worse. “Industry”, with powerful lobby groups, is more than capable of representing itself.

Australia does not need a statutory authority to help it. The mistake can be traced to the Abbott government’s perverse idea of the organisation — that “independence” only meant independent of government rather than genuinely independent of all outside influences including lobby groups etc.

If Infrastructure Australia is to have a future it should: