I have come to realize even more sharply over the last 12 months the extraordinary and unappreciated contribution that the working class – those much-maligned trade unionists  and workers make to Australian society.

Through the recent abysmal bushfire and flooding experiences, the greatest contribution towards resolution was made by the fire brigades, the rural fire service, the volunteers; those working on maintaining electric power. The cream of the working class somehow diminished with their courage and application what was an absolute physical and human disaster. Sure, we appreciated them; we cheered them, lauded them, but was that enough?

How many lost their lives saving not just their home, but the homes of their neighbours and those of various people with whom they had no real relationship. The courage, the persistence, the lives they were prepared to risk made us realize the extraordinary value of ordinary working Australians. Ordinary in one sense but remarkable in another.

The cream of the working class…. These are the people whose work ethic, perseverance and love of country have made us the rich society we are. I think sometimes we lose sight of the fact that those in the factories, in the workshops, on the wharves, on the farms, in the mines and in other places of physical endeavour have given us the living standard we enjoy. In recent days we have seen an even more graphic vision of the efforts of these trade unionist, these working-class people with the advent of COVID19.

The nurses on the front line subjecting their lives to jeopardy every day, every shift. The hospital orderlies, the remarkable doctors, the ambulance drivers, the cleaners have all jeopardized their health, their safety with their selfless contribution to the fight which we are slowly in Australia commendably winning. I’ve always had a desire in life to support the underdog.

My father, a wonderful trade unionist taught me to honour the contribution and the dignity of a working man. He showed me that life should be a constant battle to secure a quality of opportunity for all members of society. I don’t think anybody could estimate the extraordinary contribution, the courage, the commitment of these thousands of Australians, not just at the front line of nursing the victims but the others who have kept the country alive.

The transport workers, those working in grocery shops, supermarkets and pharmacies subjecting themselves to the dangers of infection are in my mind Australian heroes. I would like the contribution of all of these workers, these trade unionists to be recognized more clearly and with greater appreciation by all Australians and particularly by the government.

It is a fact that over decades, particularly when conservatives run the government that the contribution to national wealth that comes from the working class is never properly appreciated. Example 1 Every case before the arbitration court over the last decades where workers have been seeking an increase on the working wage has been opposed strongly by every conservative government.

An examination of the Australian economy over the last 20 years shows very clearly the percentage of profit to the employers has greatly exceeded any upward move in the percentage of wages. It is high time that this situation was reversed. Any fair estimation of the economy at the moment even before the extraordinary contribution I have mentioned with bushfires and COVID19 would merit an upward movement in the percentage of wage levels as part of the overall corporate success. Assuming that my estimations are correct that the country has survived the recent social dramas of natural disasters and the pandemic on the back mainly good governments of both political colours and the magnificent contribution of the working class, is it not time to improve the percentage of

National wealth which passes down the line to the working class. I am thoroughly disillusioned that the well-publicised intentions of the Federal Government post-COVID 19 in terms of future legislative moves to assist Australia’s recovery include a ‘revision of industrial relations’.

This term is, of course, a reason for the government’s hate of Trade Unions despite the extraordinary contribution of recent days by these same Unions to save Australia in its days of darkness. The Government again show their abhorrence for the working class. It seems to be implicit in their DNA that the working class will always be at the bottom of the pile and not in any way given due respect for the extraordinary contribution made to Australia’s wealth by Trade Unionists.

Have they not learned a very clear lesson from Howard’s absolute pathetic attempt at WORK CHOICES. It is beyond question that every decent social advantage provided in Australia’s history is a result of pressure from the working class. When was the last social advantage offered to the Australian population by conservatives?

Think old age pension, 40 hour week, workers compensation, industrial relations court, disability pensions, universal superannuation, Medicare, NDIS etc. etc. All of these and many other benefits came about because of pressure from the working class and their trade unions.

How dare Morrison and his unsympathetic government suggest a further weakening of working-class rights as a panacea to the financial difficulties we now experience as a result of the recent bushfires and the COVID 19. 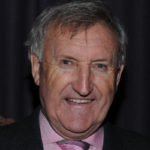