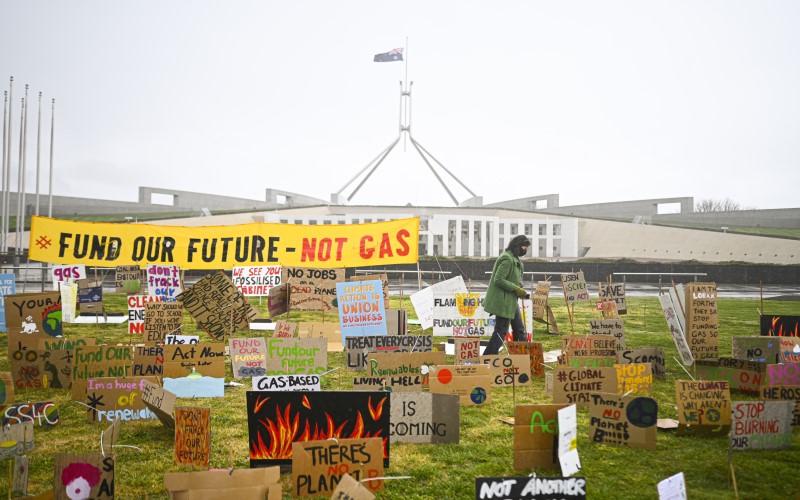 What a pity that beautiful, talented sensitive young Aussies are hamstrung by a government which is condemned around the world for its failure to act on improving the world’s environment.

I noticed with interest recently that Australia’s Rugby Union celebrity David Pocock had organised a bunch of prominent Australians, mostly sportspersons, to participate in a combined attack on Australia’s lack of resolve in fighting for a proper and sophisticated program by the Australian government on a real policy against the curse of environmental disaster.

This started me thinking about how people of my generation and generations before me had combined to destroy the environmental beauty of our planet.

We were responsible for the degradation of the world’s greenery particularly its rainforest. Our irresponsibility has led to the disappearance of the hundreds of species of plants, animals, fish, birds etc. What a terrible legacy we bequeath to these coming generations of humans.

We should hang our heads in shame at the way we have continued to destroy the beauty of this wonderful planet we were given to protect, beautify, enhance and enjoy.

It is refreshing and uplifting to realise how the present population of very young and not so young boys and girls are the conscience of the planet they are inheriting.

That young Swedish activist Greta Thunberg has been able in the last couple of years to galvanise hordes of youngsters mainly school children to rebel against previous generations and actively move to embarrass governments into action to halt the present degradation and govern to tackle head on the scourge of environmental disaster.

In Australia thousands of school kids took a day off school to voice their anger at the failure of most of the governments of the world, particularly the Australian to take seriously the demands of these youngsters to reverse the present destruction of the planet they will inherit.

Australia at this time is at the bottom of any poll conducted around the world of action to improve the world’s environment.

Australia, which in the late ’80s led the world in government leadership of environmental matters, is now the laughing stock of the world. The present prime minister can follow the lead of Boris Johnson and Joe Biden in providing nuclear submarines. Why can’t he follow of both of them in government action to reverse the environmental destruction which now threatens the viability of our planet?

A prime minister whose touchstone is a piece of coal and whose viability is largely in the hands of the fossil fuel industry was one of the loudest critic of children marching in the street. He and most of his colleagues’ comment of “why aren’t these kids in school?” did not go unnoticed.

Give these Australian kids the credit they are due. They have a social conscience and a love and belief that the destruction of our planet can be reversed by the action of sensitive governments around the world.

What a pity that these beautiful, talented sensitive young Aussies are hamstrung by a government which is condemned around the world for its failure to act to reverse Australia’s position at the bottom of every environmental poll.

Gough Whitlam in 1973 reduced the voting age from 21 to 18 in anguish over the hundreds of young Australians aged 18 that we sent to die in that disastrous war in Vietnam, condemned to die before they had the right to vote. I’ll guarantee that if the voting age in Australia were reduced to 16 to cater for the increased intellectual level and sophistication and environmental conscience of our wonderful Australian younger generations that this government of environmental vandals would be thrown out of office.

I have a belief that this wonderful panorama of Australia’s youth, our young sportspersons who provide such pride in us all with their sporting conquests should be let loose on our national conscience.

An assault on our guilt and their hope that the degradation we have let loose on the world could be reversed by this new generation of sensitive, gentle, heroic but resolute Australians. Add to this list of sporting heroes and heroines the thousands of sophisticated, educated young Australians in universities and colleges and in the music and entertainment industry, all of whom on a combined basis could be the conscience of Australia.

I would hope that all the organisations such as the NRL, the AFL, Tennis Australia, the Australian Olympic Committee etc. can galvanise these young Australians as well as all the other groups, universities and music companies to provide a combined voice of protest at the way past generations have left them as their legacy a universe, a world damaged by environmental degradation.

These youngsters are entitled to, and I’m sure would demand from governments all around Australia, a reversal of our present policies of fossil fuel domination and once again restore Australia’s reputation as it was in the ’80s of leading the world in environmental protection.

I feel from the depths of my soul we owe it to these brilliant, sophisticated, educated, achieving young Australians a chance to restore Australia’s reputation.

I can only hope that an attempt will be made by the combined force of all these organisations to allow this sensitive generation an opportunity in a broad and sophisticated sense to voice their views and maybe, just maybe prick our national conscience. 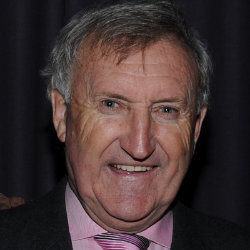