Could ‘corporate clean conversion’ save the economy and the planet?

The recent second wave outbreak of Covid-19 at the Crossroads Hotel in Casula, NSW creates an apt metaphor for the climate crossroads at which nations globally now find themselves.

At issue is every nation’s exit strategy from the global pandemic. Is it going to be ‘business as usual’ or one that is environmentally, economically and socially viable and responsible?

All indications are that, if nations are not to experience politically unacceptable austerity, governments (at least those that are able to) are likely to be borrowing money for many years to come. The speed and quality of the recovery will be particularly critical for the future of school leavers and young workers – time spent unemployed or underemployed is critical at the commencement of a working life. Of course this is the same cohort who will be most affected by the negative impacts of climate change.

The following recent investment market assessment puts a razor sharp focus on the absolute necessity to use wisely every cent borrowed:

· Global energy research group, Wood Mackenzie, has estimated that the global value of the oil and gas industry fell by $AUS 2.25 trillion so far in 2020.

· Despite these results Energy Policy Tracker has shown that, since the start of the Covid-19 pandemic this year, governments globally have supported the fossil fuel industry with 56.4% and the cleantech industry with 33.2% of taxpayers funds (10.4% of these funds went to ‘other’ industries).

Do you see a problem here?

results in the producers of fuel having insufficient incentive to produce the fuel in the first place. This apparently triggers a need to support the industry.

Of course companies using renewable energy have seen no change in their cost of ‘fuel’ – it is still zero dollars!

Economic and societal recovery from the coronavirus is uncertain but the indications are that it is likely that its timing and geographical distribution will be very uneven. What is fixed by extensive scientific investigation is the need for mankind to achieve zero net greenhouse gas emissions by 2050. This target was converted by the Secretary General of the UN António Guterres to an effective reduction of mankind’semissions of 7.6% per annum. It should be remembered that the UN’s Intergovernmental Panel on Climate Change is due to issue its 6th report next year. Early indications are that it will not make pleasant reading as our greenhouse gas emissions continue to rise at a long-term average of 1.65% per annum.

Inevitably there will be increasing pressure on fossil fuel companies to change their business models and this is likely to rapidly resolve itself into: will it be voluntary or enforced by external circumstances? The ‘Replaceable Rules’ of Australia’s Corporations Act affords companys considerable freedom as to what the company actually does – provided it obeys the rules. For example a company doesn’t necessarily even have to have a constitution.

There is therefore an opportunity, if not a necessity for companies to proactively change their business models to better suit the approaching low-emissions reality. I characterise this change as the ‘corporate clean conversion’. Of course, whilst being essential, this will not be simple. Shareholders, directors, management and customers will need to agree to fundamental changes to company operations including possible mergers and takeovers which would transfer capital and assets to an entity better positioned to cope with the forthcoming restructuring of industry. Some employees will have transferable skills and experience, some will not. Those that do not possess these attributes will require retraining and this will need to be funded by the company and taxpayers.

Inevitably some companies will not survive, but those companies would in the medium term not survive even with government subsidies. Some companies will not have appropriate expertise and will become takeover targets to reallocate usable assets and utilise shareholders capital. Some companies may well have assets such as land and buildings that are of use in a low-emissions future. These assets might be used for a solar or wind generation facility or for agricultural experimentation or intensive cultivation. Some, generally larger and diverse companies, will be able to manage the transition better than other companies as they will have the capacity to acquire other organisations and utilise their resources to create a low-carbon future.

Governments that accept the discipline of free markets, albeit regulated to achieve environmental, economic and social objectives, will see ‘corporate clean conversion’ as the path to a steady and solid recovery from the pandemic to a low-carbon future. Governments (and their respective media choruses) who rely on crony capitalism to seize and retain power can be reliably expected to vociferously opine that such an initiative ‘will never work’.

A move to convert old-technology companies to ‘cleantec’ via ‘corporate clean conversion’ will eventually save governments having to prop up both the fossil fuel industry and the renewables industry. Global management consultancy McKinsey stated (27 May 2020) that a million dollars of government spending in the renewable energy sector creates five times the number of jobs than the same sum spent in the fossil fuel sector.

The capital and resources released by such a transition will flow through to low or zero emissions electricity and heat, forestry, agriculture and land use, industry generally and transportation.

What is very clear is that governments will in future simply not be in a position to underwrite assets that cannot be used in a carbon-constrained world.

As with the majority of step-changes it is usually the first movers who capture the greatest value both in the short and long term. In other words, ‘First in, best dressed!’ 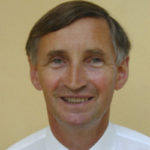 John Bushell is a Sydney based retired value and risk management consultant.

His experience includes facilitating studies in the public and private sectors on a wide variety of projects and product development including road and rail infrastructure and process engineering investments. His focus with clients has been to ensure that project or product 'value' and 'risk' are understood together so that clients do not wind up unwittingly 'buying risk'.