The barbaric nature of the human condition

It was a right hook in the third round that sent the 26 year old boxer to the canvass. The crowd cheered with excitement; after all, this is what they had hoped to see. On the referee’s count of “five” the man struggled to his feet and was directed to the ring side doctor. That professional shook his arms looked at his pupils and asked if the man wanted to continue. “Yes”, he said, upon which he was allowed to return to the slaughter. Twenty-seconds later he was back on the canvass, 24 hours later he was dead. Numerous small blood vessels, torn asunder as his brain bounced back and forward inside its bony cage, bled and bled. All the intensive care staff could do was watch him die.

Boxing is blood sport which can result in sudden tragedy, as above, or more frequently dementia among those that have suffered years of brain damage while fighting. However for 21st century humans, for whom so much entertainment is based around violence and killing (from computer games to movies) there is pressure for fighting to become even more dangerous and exciting for spectators who, just like the crowds in the Roman colosseums, enjoy the thrill of seeing a fellow human subjected to damaging violence.

Enter the UFC, the “Ultimate Fighting Championship”. Here men (and God help us, increasingly women) fight in a wire cage with both punching and kicking allowed and where falling to the floor or bleeding is not a signal for the referee to halt proceedings. Far from it. UFC is hugely popular and you can see in televised fights, huge crowds yelling encouragement as a floored UFC fighter has his head battered time and time again by hands that, instead of boxing gloves, wear a hard rubber strip across the fingers. Oh there are rules for this violent mayhem; “No grabbing the fence, holding an opponent’s shorts, head-butting, biting or spitting at an opponent, hair pulling, fish-hooking, intentionally placing a finger into any orifice, or into any cut or laceration of an opponent, or eye gouging of any kind”. That’s a relief! Recently it was the allure of a big UFC bout at Madison Square Garden in New York that saw Donald Trump use $65,000 tax-payer dollars to attend the event.

I would like to think that a majority of us would find this “entertainment” disturbing to say the least, but I am not at all sure that this is the case. If the silent majority agree with me then the majority needs to become less silent! I find myself being philosophical, wondering, not for the first time, if we humans are born with natures programmed to be violent and selfish that we must subjugate as our intelligence and life experience teach us there is no happiness indeed survival if these attributes dominate. Perhaps we are born pure and delightful but in danger of becoming selfish and anti-social in a world where so many people are both? I inclined to think that the evidence supports the former contention.

All the above was generated by my appreciation of, and concern for, the ever increasing number of us suffering avoidable brain trauma. Since records have been kept, more than 500 fighters have died from explosive brain damage. 23 acute deaths were reported in 1953 alone and this year we have had four professional boxers die in the ring or shortly after a fight. To date 10 fighters have died in major UFC mixed martial arts events, and around 15 in total if all the minor promotions are included. The number seems to average out at around 1 death per year. Hundreds have died in Thai boxing in Thailand, which is a far more violent, dangerous and brutal and hugely popular.There have been periods in which one boxer a month died in Thailand, and even fights in which both boxers died.

The greater risk for boxers however is the development of dementia. The boxing fraternity itself coined the phrase “Punch Drunk” to describe this degeneration while the medical community describes this condition as “dementia pugilistica”! While most boxers escape long term damage, especially if their career is short, a British study of more than 200 professional boxers found a dementia rate of about 30% after which the British Medical Association called for a ban on boxing which, of course, was ignored. The development of Parkinson’s disease as a result of frequent punches to the head is controversial but the majority of neurologists think there is an association. (Muhammad Ali?). While there is evidence that the headgear/padding demanded in some amateur boxing events does prevent skull trauma, it doesn’t do much to prevent brain trauma. Many closed head injuries (like concussion) can be caused by rapid acceleration of the brain’s movement within the skull. There is no evidence that headgear protects one from a “knockout”. If you lose consciousness, you have suffered a traumatic brain injury.

In all forms of sanctioned fighting the aim of the boxer is to inflict serious trauma on an opponent for our pleasure. While the occasional boxer may make a lot of money, most come from socio-economically deprived sections of the community, will make little money and are, in fact, being exploited by promoters who have little concern for their welfare. However incidental and certainly not intended trauma to the brain among football players in all codes is increasingly recognised as a huge challenge to the sport. Concussion among American NFL footballers is so common (about 500 cases reported each season) that The NFL sees the recognition of this fact threatening the viability of the game and has pledged 100 million dollars for research into ways of preventing brain damage to players.

The features of the game that exposes players to traumatic head injuries varies from code to code but concussion is prevalent among League, Union and AFL players. Recent studies show that the “heading” that is such a prominent feature of modern Soccer can cause brain damage. Unlike the “fight game” football authorities are taking the threat to players seriously. Sideline doctors are becoming more common. Interestingly and hopefully, English researchers believe they have come up with a sideline test of a player’s saliva that can in two minutes show if specific molecules released with head trauma, are detectable.

Surely there should be no place in 21st century enlightened communities for entertainments where participants are rewarded for causing brain damage to participants. However we must live with the reality that there is a barbaric element within our humanness that needs to be conquered but obviously lacking is the will that could produce the way. What a pity! 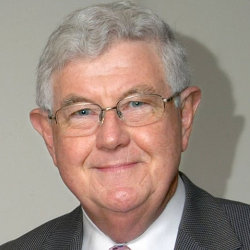