Explaining the AstraZeneca blood clots: what are our risks and how do we proceed? 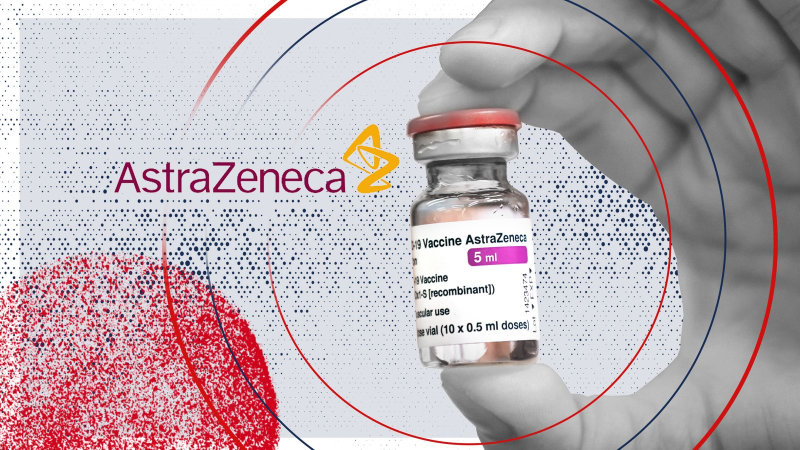 Australian governments are advising people under the age of 50 not to pursue vaccination with the now locally produced AstraZeneca vaccine. Given Australia’s control over community transmission, any risk posed by the AZ vaccine is unacceptable, particularly, for not at-risk populations.

Travelling through our body, in our bloodstream, are cells called ‘platelets’ (or ‘thrombocytes’) that can prevent blood leaking from damaged blood vessels. They do this by activating the formation of ‘clots’ that plug and repair any holes that might develop.

An infrequent, but well-described problem for platelets occurs when our immune system makes a mistake and treats platelets as if they were foreign entities. The body will then produce antibodies to damage these platelets. This condition is known as ‘Immune thrombocytopenic purpura’ (ITP).

ITP can occur spontaneously for reasons unknown, being somewhat more common in people with autoimmune diseases such as Rheumatoid arthritis.

When antibodies attack platelets they activate them and make them more sticky resulting in clots that may block blood vessels (thrombosis). The platelets are eventually destroyed and these clots clear, however, now the body cannot stop bleeding.

We now have evidence that certain Covid vaccines may trigger an ITP like reaction.

However, well before the SARS-2 pandemic started, ITP was known to be a rare but well studied condition with about 50,000 cases a year in the US with a population of 328 million.

If you vaccinated 30 million people you would expect that some of these background ITP cases might present in some who had been vaccinated. How could you differentiate such background cases from ones that might have been triggered by a Covid vaccine?

We do know that a number of well-established vaccines can produce an ITP like illness. In children, fortunately, this is usually mild and self-limiting. The condition has been reported in about 1 to 3 children out of every 100,000 after receiving the MMR vaccine, a rate that is significantly lower than reported after natural infection with these viruses.

VITT is a mouthful but is the descriptive name proposed for the complication that has drastically challenged our global vaccination plans. The condition features both thrombosis and a lack of platelets in the circulation (thrombocytopenia).

As all experts have been emphasising, VITT is a very rare complication. With more than 30 million people receiving their first dose of the AZ vaccine the occurrence of VITT is about 4-6 cases per million vaccinations. Rare indeed.

The irony, of course, stems from the fact that for the vast majority of people on our planet by far the most pressing problem is the lack of any vaccines, compounded by the inequity associated with the distribution of what is available. Africa and India would be delighted if their major Covid worries were about VITT!

Unlike most of the vaccine-associated cases of an ITP like illness which are mild, 25% of people who develop VITT have died. Hence the torturous exercise of determining risk to benefit ratios.

Cases suspected to represent VITT, have developed the complication in the first two weeks following a first injection. More women than men have been affected and most patients are under 50. The most serious effects involve clots that form in the blood vessels draining blood from the brain and intestines.

Why does VITT strike?

We are beginning to unravel the cause of the problem. Two independent scientific teams have found that people with VITT are making antibodies to platelets that are similar to those we see in the rare cases where Heparin causes a VITT like illness. Of course, these patients have not been treated with Heparin.

While it remains a hypothesis, this development may be linked to the adenovirus used in the AZ vaccine which can bind to platelets and in rare individuals could be setting them up as targets for their immune system. Of relevance, VITT is now being reported following the administration of the Johnson and Johnson vaccine which also incorporates this adenovirus.

A few cases of an ITP like illness have occurred in recipients of both the Pfizer and Moderna vaccines but these may well be background cases, and not related to the vaccines themselves. The blood test used to check for platelet antibodies is widely available so new information should be available soon.

Given the current covid situation in Australia, the likelihood that younger Australians would be infected and die from infection with the virus is almost nil. Therefore, in our country where, unlike so many others, we have no spread of the virus within our community, even the tiny risk provided by the AZ vaccination is unacceptable. Most people under 50 who do get infected with covid will have a mild illness.

Obviously for those at risk of serious illness and even death, if infected, the risks associated with vaccination are far less than the risks associated with infection. Of course, the advice suggesting that Australians under 50, rather than some other age, should not pursue vaccination with the AZ vaccine is somewhat arbitrary and many countries are using other age cut-off points.

Predictably the need to issue this advice is a public relations disaster for the AZ vaccine, the only one we can produce here and thus not be dependent on going to the market place where 6.8 billion people are competing for vaccines.

The AZ vaccine does what we need it to do, it is almost 100% efficient at stopping serious infections and deaths from Covid-19. We should continue to improve our distribution methods for the vaccine to Australians over 50, encourage them to be vaccinated and reassure those who’ve had a first injection without side effects that a second injection poses no risk of the VITT complication.

But there are many of us under 50 who should also be encouraged to be vaccinated and scant attention is being paid to telling them that this is so. A significant proportion of younger Australians suffer from chronic illnesses that would put them at serious risk of complications should they be infected. They should be encouraged to discuss their particular risk/benefit ratio with their doctors.

There are 17 million of us under the age of 50 (almost 70%) who are unlikely to be vaccinated before the end of the year. Efforts to achieve ‘herd immunity’ are obviously on hold. Without this, the public health imperatives we live with and our quarantining regimens must stay in place.

Fortunately, we are living a near-normal life here and can continue to do so safely if we remain vigilant. We do not have a strong case for acquiring millions of doses of vaccines before countries with raging epidemics, overflowing hospitals, a terrible mortality rate and conditions which facilitate the development of ever more dangerous variants of the original SARS-2 virus.

We have ordered a total of about 40 million doses of the Pfizer vaccine and 50 million of the European Novovax vaccine that is yet to complete necessary trials and be approved by regulatory authorities. In these circumstances, it would be foolish to pretend we can have any certainty about a delivery date for these orders. We should be supporting so far ignored pleas from countries such as India and Africa for the suspension of intellectual property rights so more countries can make more vaccines.

So let’s take a big breath, accept the reality, proceed to protect our most vulnerable, an achievable goal for 2021, and focus on the global situation and ways we can help with the struggle in our part of the world.