The latest ad hoc response to the current drought cannot be criticised in terms of the politics of the situation we are now in. If it rains in, say, by March, or in the first six months of 2020, then we will be back to the status quo of drought policy. We simply don’t have a National Drought Policy, nor can I see one being agreed between the Commonwealth and the States which will ever be agreed by all parties and commentators, or which may have predictability or flexibility.  The debate about the Murray Darling Basin plan, after30 years of development, is in the same basket. There are so many actors with so many responsibilities  that everyone cannot be satisfied.

If you go back to the Federation Drought through to the current ‘worst one ever’ (and it could be) you will see what the response by governments has been and the inevitability of loan support and State based assistance programs by way of minor subsidies. Water supply for country towns is now of a different dimension from previous droughts and the viability of country towns is a growing social problem, perhaps marginally helped by small infrastructure projects managed by local government. Over the years an element of the social dimensions of drought has been embraced, e.g., Farm Family Income Support.

The issue is will the latest package of measures work?

The latest response has the usual and some new features of a response to drought, once pressure to pour on money could no longer be resisted. The idea of re-allocating some water so that fodder can be grown is innovative involving the possibility of 6,000 farmers utilising an average of 25 mega-litres of water. Is this feasible, will it cut across the business plans of existing suppliers who are currently taking the hindmost?

You need to take a grain of salt with billion dollar claims of assistance, some of which will have been allocated from other programmes. There is supposed to be $5billion for future drought policy; is this where a national policy is going to emerge from? What has happened to the $5billion allocated to Northern Development, how many loans have been taken up by the private sector from it?

It is easy to raise doubt about how many farmers and graziers will take on more debt or how many will simply re-finance existing debt. The figures show that only 211 of our 85,000 farmers have availed themselves of what was already available. The Strong Rural Communities pilot programme in Western Australia in 2012 was supported by 96% of W.A. farmers and has been assessed by consultants. Has the coalition Government taken any decision about the findings? Why are loans of up to $500,000 only available to businesses directly linked to agriculture?

The economics of assistance are well understood, resulting in the capitalisation of land values. Hard headed economic advice is hard for governments to adopt in a crisis, particularly when bush and grass fires are becoming worse in drought stricken areas. None the less the agricultural sector remains lightly assisted, comparatively, internationally, but not when compared to the small business sector in Australia. The justification for drought assistance is that drought is beyond an individual farmer’s control, but perhaps not his or her management strategies to deal with the ever present risk of drought.

What is different this time is that we have a national government that ignores experienced official advice, science, research and ‘elite’ opinion. This is the new politics so complexity and the reality of climate change does not enter into any consideration of a longer term national policy. What if more, longer and hotter droughts are the new normal? It would seem that there are more votes in legislating to stop kids campaigning about their future.

We have the conflicting picture of billions of $ in Farm Management Deposits (a sound scheme), rising farm prices (yet no buyers in some dairying areas), that it pays to transform grazing country into opportunistic cropping country in marginal areas and there is the ever present urge to clear more land even in Queensland, which was 80% drought declared in 2014. Agents for large properties are advertising that Australian farming has long term prospects, and it does. It all depends on how fast more Australian farms become increasingly capitalised.

The National Farmers Federation has an aspiration for Australian farming to be a $100 billion industry and it might be possible. Australia doesn’t have a food security problem, we produce enough to feed 60 million people. It is a hard thing to say, but farm adjustment is a constant factor in the production of food and fibre. It is hard because droughts (and the banks after the drought) do this; the sector survives but many individuals don’t. Currently, our beef cattle production industry is under massive pressure due to the drought and it will take years to re-build the herd. We simply don’t know enough about the current and changing structure of our agriculture. High levels of farm debt aren’t always about distress but investment for the future.

We once had tens of thousands of dairy farmers and through the 1950s and 1960s up to 5-10,000 a year left the industry. Today we only have thousands of dairy farmers who have taken on debt and scaled up and are disadvantaged by those with market power. When I left school there were 30,000 egg produces registered with the NSW Egg Marketing Board. Today there are now between one and two hundred NSW egg farmers, urban expansion was the great adjuster.

Horticulture is scaling up quite rapidly, trying to meet processor needs and retailer pressure. Some new crops are coming into being. Farm adjustment is a hard process for individual farmers and families and the mis-named Rural Adjustment Scheme, Part C, helped at the margin as did the other two parts.

No-0ne has all the answers, but there is no sense in sticking our head in the sand and ignoring reality.

John Kerin was Minister for Primary Industry in the Hawke Government. 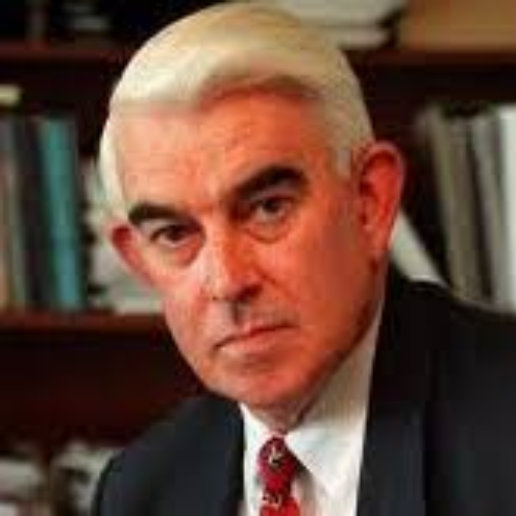 John Kerin AO has been engaged in four working lives and was a politician and Minister in five portfolios in the Hawke and Keating Governments, including over eight years in Primary Industry.