JOHN MENADUE. The facts on boat arrivals that the media won’t face(A repost)

The facts that Peter Hughes and I have set out have not been challenged.  They have not been disputed in any way.  But the mainstream media continues to accept  Coalition spin on boats. The media is too careless or embarrassed to admit its failure.

Perhaps our mainstream media have trouble with tables.  So I decided to make it easier for the Canberra Press Gallery and set out the facts in graph form, below. 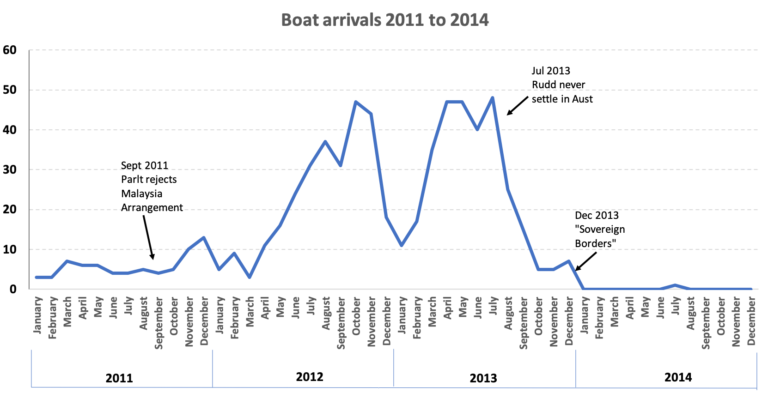 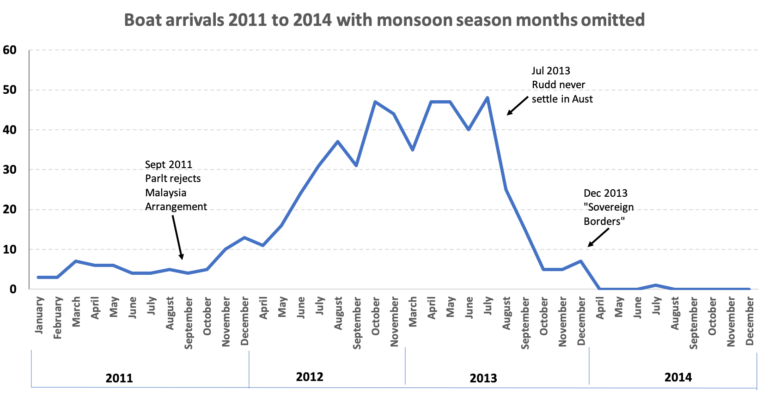