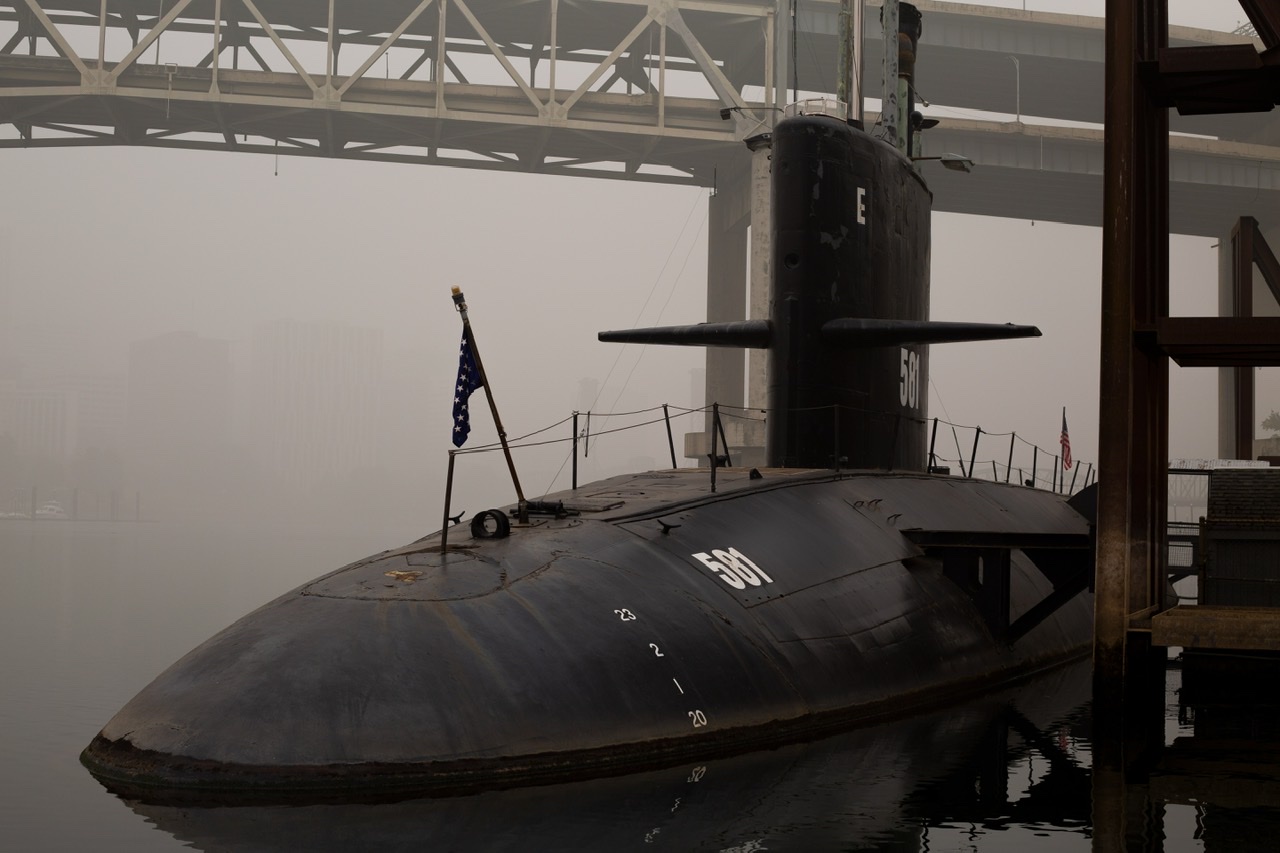 Our corporate media has failed to hold the government to account in its scandalous handling of the $90 billion French submarine purchase. For five years, the media has failed us. It is now rewarded in the new Media Code with 90% of the tax on Google and Facebook to be handed over to the three failing monopoly media companies.

Since July 2016 Pearls and Irritations’ writers Jon Stanford, Michael Keating, Hugh White and I have repeatedly drawn attention to the folly of the submarine purchase by the Turnbull government five years ago. Only two journalists, Brian Toohey and Michael Pascoe, have consistently drawn attention to this public scandal. The so-called defence and military journalists in the corporate media have been missing in action.

The Morrison government has at last announced a review of the boondoggle, tasking two senior naval people, Vice Admiral Jonathan Mead and Commodore Tim Brown, to review the mess.  Significantly, these two naval officers have not been involved in the $90 billion scandal and are removed from the division in the Defence Department that has created the whole sorry story. They are strategic thinkers who will be reporting to the Prime Minister via the Chief of the Defence Staff and the Secretary of Defence, and not through the Chief of Navy.

Hopefully, we can begin to climb out of the worst defence bungle in our history, which has probably cost about $2 billion. Who said the Coalition is good at ensuring our security and good at managing taxpayers’ dollars?

In the five years of the boondoggle, our corporate media has been lost on the high seas.  Embedded in the Navy and Defence to secure ‘exclusive’ media drops, they failed to examine and report on the mess. Just imagine the field day our media and journalists would have had if the ALP had got itself into this sort of a mess.

A brief summary of the five years of incompetence and media failure.

See below, a post by Jon Stanford in Pearls & Irritations on 4 November 2016.  It was one of numerous articles we have posted over the last five years, beginning in July 2016.

The Turnbull government’s decision on the future submarine (FSM) represents bad policy. It is bad for the Navy, bad for the taxpayer and bad for the future defence of Australia. Given the key role the FSM is meant to play in the future of the naval shipbuilding industry, it is also bad news for South Australia.

The Navy’s requirement is for a uniquely large conventional submarine (SSK) that can undertake force projection missions far from home. This in itself raises important strategic questions. Is this an appropriate role for Australia? Does the US want Australian submarines to operate in the South China Sea? In practice, should only nuclear submarines (SSNs) undertake such missions?

But accepting the Defence requirement for what it is, the concerns around the decision to acquire the DCNS Shortfin Barracuda submarine are considerable. They relate as much to the very substantial risks involved as to the excessive cost.

In terms of the acquisition costs budgeted by Defence, $4.6 billion represents an eye-watering price for a SSK. A nuclear-powered Barracuda costs less than half this in France. A very large Virginia class SSN currently costs $3.6 billion in the US. Most SSKs cost less than $1 billion.

The French submarine appears to be easily the most expensive out of the three proposals submitted under the competitive evaluation process (CEP). TKMS, the German contender, offered to build twelve advanced submarines in Adelaide for around $20 billion, the same cost as in Kiel. At about $750 million in Japan, an improved Soryu class submarine would cost more to build in Adelaide, but far less than $4.6 billion.

Turning to risk, there is a fundamental flaw in the process itself. By eliminating all competition before a detailed design has been produced, the Navy faces substantial risks. What if the eventual DCNS design is untenable on technical grounds? What if the price quoted by DCNS, now a monopolist, is unacceptable? Australia could be forced to buy an existing design off the shelf from overseas that may not meet all the Navy’s needs.

This scenario is not impossible because the French proposal involves major technical challenges. Nobody has ever converted a nuclear submarine to a SSK before. Many submarine experts doubt that it can be done. The hull forms are different. The use of pump-jet propulsion in the Barracuda, while a breakthrough technology in SSNs, may be far less efficient at the low speeds associated with a SSK.

Another technical risk with the DCNS proposal is that, unlike the other two contenders, it doesn’t incorporate air-independent propulsion (AIP). AIP allows a SSK to remain submerged for up to three weeks, albeit moving at slow speeds. Because of improved anti-submarine technologies, which allow SSKs to be detected when ‘snorting’ (recharging their batteries close to the surface), AIP is a sine qua non for an advanced SSK in the twenty-first century.

A major risk with the French proposal is the tardy delivery schedule, with the first submarine not entering service until the 2030s. This will necessitate a major upgrade to the Collins submarines to keep them in service until the 2040s. This involves massive risk. Collins cannot be converted to embody AIP. Deep diving will become increasingly dangerous as the platform ages. While the likely cost of the upgrade to Collins is in excess of $15 billion, it may not deliver a credible submarine capability.

Given the ADF’s preference for American weapons and systems, a further risk is that the US will refuse to allow the full transfer of sensitive technology to a French platform. The recent comprehensive leak of DCNS’ top secret submarine data is likely to make the US more wary of providing sensitive technologies to France. This means that an American combat system, as well as US cruise missiles and torpedoes, may be unavailable.

One popular theory suggests that the choice of the Shortfin Barracuda is merely an artifice to allow the nuclear version of the platform to be acquired down the track. Peter Jennings, Executive Director of the Australian Strategic Policy Institute, certainly thinks so: “it’s probably a good bet to say that the reason we’ve gone with the Barracuda is that some of the 12 builds can be nuclear.”

If this is Defence’s cunning plan, it is highly questionable. First, the Germans and Japanese do not produce nuclear submarines and so were participating in the CEP, in good faith, on the basis of a false prospectus. Secondly, it is also a highly risky approach to replacing Collins. Even if we started now, it would take 15 years to develop the hard and soft infrastructure required to operate SSNs. We do not know if this will ever be politically acceptable in Australia. We have not undertaken any process to determine whether a French SSN would be more appropriate to the Navy’s needs than an American or British design. We may well also need to procure SSKs to complement the putative long-range SSNs, and the Shortfin Barracuda is unlikely to be the best available platform for that role.

Overall, the risks involved in the DCNS proposal are so high as to be unacceptable, particularly in light of the costs involved. A senior Defence official is quoted as saying “If you asked someone to devise a new submarine program with the highest risk factors at every stage, you could not have done a much better job. It will almost certainly end in tears and possibly a catastrophe”.

Fortunately, it is not too late to change course. To date, the only agreement with DCNS is for the development of a detailed design. The solution is to keep the competitive process alive by extending the CEP and resuscitating the other proposals. As Hugh White has said, “what we need is a competitive Project Development Study phase, in which two or more contenders develop detailed designs and provide tender-quality prices on which a fixed price contract can be based.  That is standard in this kind of project, or used to be.” As well as proposing a tender price for building them overseas, each contender would also be required to provide a detailed plan for building the submarines in Adelaide under a fixed price contract.

Apart from the benefits of re-establishing a competitive process, extending the CEP would also help repair relations with Australia’s friends in Japan and Germany. There was considerable angst in both countries not only about the outcome of the CEP but, more fundamentally, about the process itself. Both the German and Japanese proposals were rejected by Defence for reasons that were regarded by the proponents as being largely spurious.

Extending the CEP would not delay the acquisition. Indeed, the FSM may be in the water sooner than currently projected. At the same time, the major risks in the current process would be substantially reduced and there is a much greater likelihood that the Navy would be provided with the right submarine at an acceptable cost.

Jon Stanford and Michael Keating – The mistaken decision on submarines. 29/4/2016

Jon Stanford and John Menadue. The submarine confusion continues. Is the way being prepared for Australia to acquire nuclear submarines? 2/8/16.