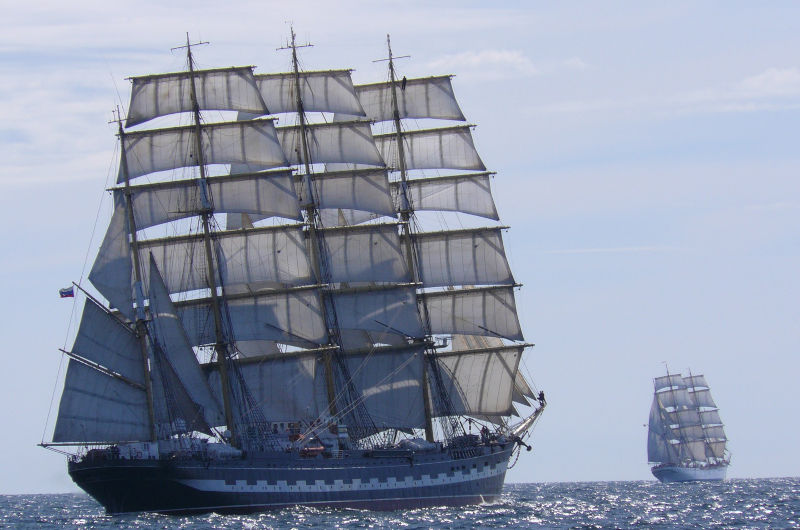 Madison: Federalist #10 … the trouble with parties

Right about the time the first fleet was sailing to Botany Bay, three of the American founders, John Jay, Alexander Hamilton and James Madison wrote a series of articles designed to explore the most controversial issues encountered by the constitutional convention in Philadelphia. They were published and widely read, as the authors intended, and they have been very influential ever since, whenever there’s reason to think hard about problems of popular sovereignty and democratic theory. In the piece usually known as essay number 10, Madison addresses something he saw as a particularly acute problem for the new republic – how to tame the tendency of people to clump together into ‘factions’.

He explained what he meant this way: “By a faction I understand a number of citizens, whether amounting to a majority or a minority of the whole, who are united and actuated by some common impulse of passion, or of interest, adverse to the rights of other citizens, or to the permanent and aggregate interests of the community.”

In slightly more contemporary language, you might say, a faction forms when some group or cohort discovers and promotes a cause or outcome which is good for them, but not necessarily good for others. So, the teachers union, or the fossil fuel lobby group APPEA, or the pharmacy guild, or the RACQ are all factions in Madison’s sense. Other kinds of association are different because they explicitly promote an undifferentiated or general good; justice is their focus. For example, The Red Cross, ACF, Vinnies. Still others, like the churches, claim to do this, but with restricted conditions of membership.

Political parties are different again. Rather than an abstraction like justice, what gives them focus is an ideal or vision of the way their society should be. So the focus is something contestable – which is what gives party politics its oppositional or belligerent character. An animating vision can be large or small – that is, it can try to comprehend all of the known conditions that determine qualities of life; or it might concentrate on a sub-set of these – say, liberty, or minority rights, or economic goals, etc. In this way, all parties are not equal: the ones with the most clout, the majors, are the ones with the biggest vision – at least in theory.

Political parties are different in another way – they deal in power. What is power? Simply, it is the capacity to execute your desires; to convert your wishes into deeds. It need not be exclusionary, ie exerted at the expense of others, but, as Madison suggests, in a competitive setting, it usually is. That is what gives parties the motive to compete for it. Once in possession of power, a party uses force to put it into effect. The way this is done is what gives a political regime its ‘political’ character – consensual, autocratic, legal, absolute, theocratic, etc.

Madison says we must accept that factions are inevitable, because, being human, we will always want to guard our own interest. What we need to prevent, if possible, is the mixing or confusion of self-interest with political power. In other words, we must try to find ways of constraining political parties so they only ever employ power in the public interest. Doing that, we will want to encourage those political ideals which understand power as a distributed, rather than a concentrated thing.

Madison’s discussion of remedies for this ‘dangerous vice’ as he calls it, need not occupy us much. Things have changed a great deal since he struggled with these ideas – not the universal tendency to form cliques; that is exactly the same – but the expectations of social life, and the means we use to form and sustain our groupings are so different that we need to reconsider the problem as if it were new. But he does say something interesting about the nature of the problem which is as true now as it ever was. It has to do with the fact that, in a law making assembly ruled by majorities, parties and their organisations are both proposers and arbiters of the proposals deliberated there.

No one denies, says Madison, that a judge ought not to be both the decider and advocate in his own cause. Why? Because of the way passion and opinion are entangled. This is a straightforward psychological observation, and a sound one. But this is exactly what law-makers do. They convene an assembly in order to decide what shall be forbidden, and what permitted, and to do so nominally in the common interest; they are, after all, representatives collectively of the whole body of citizens. But to the extent they are bound to factions, it is impossible for them to do this. To see how this is a modern problem, consider two elected representatives, Joe and Moe.

Joe is non-aligned; his situation is like that of Zoe Daniel. He has said loudly and often that he considers it his first duty to know and understand the concerns, preferences, and interests of his electors, and to take them to the capital, and act as far as possible, as though those constituents were present in that place. His second duty is to become as wise as he can be in respect of those large issues bearing on the interest of the nation; to use the resources of the parliament, the available expertise, and the deliberations of his colleagues, to find and uphold the common interest as far as he is able. His private opinions, which certainly exist, are subordinated to both these duties.

Now suppose the parliament has before it an issue of undoubted common interest, say the issue of responding to rising greenhouse gas concentrations in the air. Joe will consult and consider, then vote according to his best understanding. Moe, however, is a member of a business friendly party. The party owes a fair bit of its success, and a good bit of its income to various business groups. Their advocates deal with the party more than any others. The party’s official policy agenda is strongly pro-business. Since the actions required to respond to the problem entail adjustment and expense for some big businesses, it is not possible for Moe to adjudicate this matter without favour – indeed the party’s position has been decided beforehand, and Moe can only endorse it, regardless of his considered views (assuming he ever develops any; things being as they are, he is very likely to suppress any independent ideas).

Madison’s point is that law makers are like judges. In doing their job, they must weigh up the merits of propositions, assembling and assessing the evidence and measuring what is proposed in the balance against their conception of the common good. Partisans obviously cannot do this. For them the balance is disturbed by their prior commitments and prejudiced advocacy. And that, unless special care is taken, is what parties have done to democratic governance. In fact, as Steven Levitsky and Daniel Ziblatt pointed out, nothing in a democracy prevents this corruption of legislators’ integrity except their good intentions and certain informal conventions. We can never legislate for their non- alignment; they must take it upon themselves.

So Madison’s 200 year old exercise can still remind us that, if we can’t do without parties, we still have to take good care they don’t sabotage the system of representatives which bears our democratic faith. One can be a party warrior, or a trustworthy surrogate for one’s community; but not both. And the more warlike the party, the more sharp this conundrum will be. In short, this is a soluble problem – but only if we want it solved. And maybe the arrival of thoughtful and capable independent candidates and office- holders is a sign that both the ambition and the means have finally emerged. Affirmation, not cynicism.

John Price is a retired physician who became concerned about the climate problem about the time his grandkids arrived, and has been teaching himself about the problem for a decade or so. He teaches community classes and maintains a website, to help create a better informed public.