John Tulloh. The French at Gallipoli – Lest we not Forget

A popular myth is that the Gallipoli landings were all about the Australian and New Zealand troops – the Anzacs – with the British somewhere involved, having concocted the unfortunate military adventure.

But what is so often overlooked is the participation of France in the Gallipoli campaign. It may surprise a lot of people to learn that France suffered more deaths than Australia and New Zealand combined.

France contributed over 40,000 troops. About 15,000 were killed as against 8141 Australians and 2721 New Zealanders. France has its own war cemetery aptly named Morto Bay, meaning Death Bay.  It has 3236 individual graves and several large ossuaries containing the unidentifiable remains of thousands of militaires. It is maintained with the same devotion and attention as the Commonwealth war graves.

But France’s participation features only briefly in the comprehensive website of the Department of Veterans’ Affairs dedicated to Gallipoli. It is understandable when the department is there to serve Australian interests. But as an educational instrument it is lopsided in the broad view of Gallipoli.

That is a pity when the Australian government has budgeted millions to create public interest like never before in recent peacetime to commemorate the centenary next year of Gallipoli and the birth of our most solemn anniversary, Anzac Day.

The French participation was the result of its politicians rather than its military – hard pressed by the Western Front stalemate – being enthused by opening a new front. This was the British idea of attacking Germany through ‘the back door’, Turkey and its tottering Ottoman empire. They thought it would be a simple exercise to tackle Berlin from there and they could divide the spoils. What’s more, France thought such participation would help maintain its Middle East interests after the war and counter any undue additional British influence in the Mediterranean.

Needless to say, given the historic enmity between Britain and France, there was much bickering of who would be in charge and who would do what.  From the very start, it was an unequal partnership, wrote Eleanor Van Heyningen, a historian for the Imperial War Museum in London. The British made the decisions under the overall commander, Sir Ian Hamilton.

In the end, the task of the French troops was to neutralise the Turkish presence on the Asian or eastern side of the narrow Dardanelles Strait to ease the threat to the British-led forces on the European side where Gallipoli is. In fact, of all the Allied objectives on April 25, only one was secured when the French took the the town of Kum Kale, close to the ancient city of Troy.

But thereafter the French forces encountered fierce resistance in rugged terrain and suffered  casualties on a scale which disturbed their commander. They were not helped by the fact some of their soldiers wore brightly coloured uniforms with red trousers and white hats, making them an easy target, according to Van Heyningen.

The French troops consisted of Foreign Legionnaires, settlers from North Africa, Senegalese and those from metropolitan France. They met some of the greatest Turkish opposition at Kereves Dere, a place they later called Le Ravin de la Mort, the Valley of Death. This was a ravine which the French had to cross to advance except the Turks had control of the high ground.

A French medical officer wrote: ‘‘We laid the poor fellows in rows…groans were piteous to hear…bandages soaked in blood, clothes torn to ribbons…ever more wounded arriving’.

As with the other Allied forces, the French had some later success, including at Kereves Dere, but it proved to be a doomed campaign. It led to embarrassment and unhappiness back in France. Within five months, the French realised the folly of it all and pulled out. It came as no surprise that their new commander did not bother to secure the approval of Hamilton.

After the war, France did not forget the Gallipoli campaign easily. Van Heyningen writes:

‘Gallipoli was the subject of frank public debate and resentment in France. The French had clearly been under the command of the British in the disastrous Gallipoli campaign and so were quick to criticise its organisation, execution and cost. For a time, it was seen as typical British incompetence and willingness to shed Allies’ blood’.

It should be noted that the British themselves suffered 21,000 deaths at Gallipoli. It should also be remembered that the Indian Army also came ashore there and suffered heavy casualties.

It is unclear how France will commemorate the Gallipoli centenary, if at all. Given its long history of military victories and losses, especially on its home front in WW1, what happened on the distant shores of the Dardanelles may be regarded as little more than just another bloody chapter in centuries of French military campaigns.

John Tulloh had a 40-year career in foreign news, including 15 as the ABC’s first international editor for television news and current affairs. 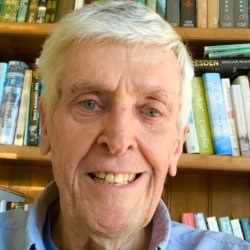