The Catholic Church is so big and complex. That is one of its defining characteristics yet the media and society at large, much less the Catholic community itself, often fail to grasp its consequences.

We live in an era of big institutions, such as big government, big business, big unions and other large organisations, including big churches. Business uses its size and complexity to reduce its tax burden and government has the power to crush dissent and diffuse calls for accountability. But the Catholic Church is particularly complex with its dioceses, agencies, orders, congregations, lay movements and international Canon Law. 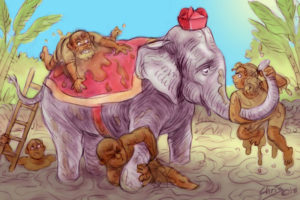 The size and organisational complexity of the church has bedevilled the Royal Commission into Institutional Responses to Child Sexual Abuse. Survivors of child sexual abuse have often been fobbed off when making claims against the church by the so-called Ellis defence which has used the law to pretend that no church entity can legitimately be sued in a particular case. Such a defence has rightly been condemned as legal trickery.

Now church reformers are facing the same dilemma, although in a different fashion. The problem lies with the many layers of authority and geographical organisation. This makes the church big and slippery. Getting a grip on it is much like mud-wrestling with an elephant. Its size and shape mean that there are numerous opportunities to engage with it but also equally numerous veto points and dead-ends when it comes to getting action.

Would-be reformers, like the groups which met last Friday in Canberra as the Australian Catholic Coalition for Church Reform (ACCCR), are faced with the dilemma of just where to begin. Should they start from the top down, concentrating their efforts on the Australian Catholic Bishops Conference and the Vatican? That strategy involves dealing with the President and the Permanent Committee through either their local bishop or the ACBC Secretariat with an eye on the May and November meetings of the whole conference.

Or should they begin from the bottom up, concentrating their efforts on their local parish or diocese? That strategy has the advantage of greater accessibility but the limitation that parish and diocese must work within the larger framework of church rules. There is also enormous variability between parishes and dioceses. Some reformers will find themselves welcomed by a progressive bishop or priest, but others will be stymied by apathy and conservatism.

The local level also includes schools and agencies, like Catholic Care, as well as hospitals and aged care institutions. All provide avenues for staff and clients to engage with the larger institution.

“We are taking on trust the claims by church leaders that everything is on the table and it will not be business as usual. But we are worried that those assurances will not come to pass.”

This complexity is also a mixed blessing in approaching participation in the processes of the 2020 Plenary Council, which many reformers are planning to do though with a mixture of trust and scepticism. We are taking on trust the claims by church leaders that everything is on the table and it will not be business as usual.

But we are worried that those assurances will not come to pass, either because real reform is out of the hands of the Australian church or because there is no firm intention of constructing a broad agenda which includes structural and cultural issues such as the absence of women from decision-making and the barriers to lay leadership.

For that reason it is essential that the bishops engage with the ACCCR communique and release the response of their Truth, Justice and Healing Council to the royal commission to the Catholic community when they receive it in late April. Furthermore, a lay woman co-chair should be appointed to the Plenary Council leadership without further ado to provide the necessary gender and lay/clerical balance.

In general both church reformers and church officials should be much clearer — and in the case of church leaders much more transparent — about levels of responsibility within the church. That would make it plainer what precisely can be achieved within the Australian church within parishes and dioceses and collectively nation-wide. That in turn would make it more obvious what each level can reasonably be expected to do when it comes to institutional reform. A great deal of inertia and buck-passing, and ultimately dashed expectations, will be avoided if that is the case.

This article was first published on Eureka Street.

John Warhurst is an Emeritus Professor of Political Science at the Australian National University and chairs Concerned Catholics Canberra-Goulburn. 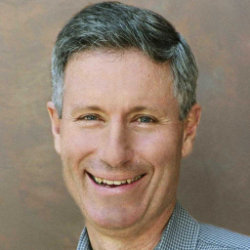