Australia’s handling of its relations with China is rapidly descending into farce. Geoff Raby’s excellent piece (30 April) makes abundantly clear the principal factor at work, namely a nostalgic attachment to the US-led regional and global order of earlier years.

This is the mindset that drives our security establishment which, as Raby explains, comprises primarily Defence, ONA, ASIO, ISIS, the International Division in Prime Minister and Cabinet, and a range of think tanks that see themselves as the guardians of orthodoxy on security matters. To this can be added some of Australia’s most influential media chains and a growing defence industry, which for one reason or another tend to echo the same rhetoric.

Over the last two years, the Australian government, not least the prime minister and foreign minister, have articulated with increasing frequency the security establishment’s alarmist view of China’s global and regional ambitions. They have repeatedly criticised China for its “continued construction and militarisation of disputed features in the South China Sea” while stating with an ever greater force that Australia “sees the United States as the indispensable power throughout the Indo-Pacific.”

In a major address delivered in Singapore in March 2017, Julie Bishop declared that China could not be trusted to resolve its disagreements in accordance with international law and rules because it was not a democracy. A few months later, Turnbull spoke of the dangers of “a coercive China”, and openly entertained the prospect of its neighbours becoming resentful and looking for alliances elsewhere.

Last November the prime minister announced new espionage legislation, pointing to “foreign interference in Australian politics”. Notwithstanding cosmetic qualifications, there was no hiding the fact that a decision had been made to portray China as the primary culprit.

In the wake of a meagrely researched and clumsily presented ABC Four Corners program, the anti-China sentiment was visibly on the rise. A bevvy of media reporters and commentators, think tanks, politicians, and self-proclaimed experts were all busy speculating on the extent and strategic intent of covert Chinese actions on Australian soil. Claims were now circulating, remarkable for the flimsy evidence on which they rested, that Chinese students at virtually all of Australia’s university campuses were being used by the Chinese Communist Party to promote China’s official views and policies.

The Chinese telecom giant, Huawei, that was blocked from tendering for the NBN in 2012 on security grounds, now faces the prospect of being barred from yet another major project in Australia on the grounds that its 5G technology poses a major security risk.

On the external front, Australian officials joined their US, Japanese and Indian counterparts in quadrilateral security talks ostensibly to uphold respect for international law and freedom of navigation and overflight and more generally the rules-based order on which depends maritime security in the Indo-Pacific region, all code phrases for a renewed effort to contain China’s rise.

To demonstrate its commitment to this joint enterprise, Australia stepped up participation in a series of bilateral and multilateral military exercises, port visits, maritime surveillance operations and ship transits in the region. A few weeks ago, reports came through that three Australian warships, HMAS Anzac, HMAS Toowoomba and HMAS Success had been challenged by the People’s Liberation Army just before they were due to arrive for a three-day ‘goodwill visit’ in Ho Chi Minh City.

This is just one of the many signals China is using to convey its growing displeasure with Australia. A stream of official statements and media reports have left little to the imagination. Australian actions and pronouncements are said to have “poisoned the atmosphere of China-Australia relations”. Australian media coverage of the relationship has been variously described as “irresponsible,” “without principle,” and “full of bias against China”.

In recent months, a series of messages relayed via social media have sought to alert Chinese students, and indirectly their parents, of possible threats to their safety. The intent of the message is clear enough. If Chinese interests and sensitivities continue to be disregarded, China has it in its power to stem the flow of students to Australia, thereby inflicting a damaging loss of income on Australian universities.

Tensions in the Sino-Australian relationship have reached a critical stage. The heightened risk of conflict between the two countries is not to be discounted. But more troubling is the tragedy of missed opportunity.

The regional and global power shift that is irreversibly underway, presents Australia with a new set of choices. The decline of US power and influence in the world and in the Asia-Pacific region has been apparent for some time, as has the Asian renaissance, and especially China’s rise.

This, then, is a unique opportunity for Australia to rethink its longstanding dependence on US military power and diplomatic influence. The degree of safety provided by the ANZUS alliance was always open to question. Continuing reliance on a security system that gives pride of place to US control of the seas across the Indian and Pacific Oceans is strategically flawed. To seek to construct a new ring of alliances designed to contain China and prolong US predominance in the Western Pacific and beyond is the height of foolishness.

No one is proposing that Australia switch from one alliance to another, or exchange one great and powerful friend (the United States) for another (China). The realistic option is to inject into Australia’s security policies a greater measure of maturity and balance. Two elements are crucial to such a realignment of thought and practice.

The first would involve a substantial collaborative relationship with a number of Southeast Asian countries, notably Indonesia, as well as other small and middle powers in Asia-Pacific across the entire spectrum of security issues, including maritime security, denuclearisation policies, climate change and refugee flows.

The second calls for a genuine bilateral and multilateral dialogue with all major Indo-Pacific powers, in particular, China and the United States, but also Japan and India. The purpose of such a dialogue must be to develop a new security framework that seeks to contain and eventually reduce the current military build-up and establishes agreed processes for the negotiated resolution of outstanding conflicts.

To be at all feasible such a course of action requires Australia to see China not simply as its major trading partner, but as one of its principal security interlocutors. Australian ministers, officials and diplomats will need to engage in active and patient consultation with their Chinese counterparts across all key policy areas. The point of such consultation is to minimise tensions and misunderstandings on the one hand and maximise the prospect of joint security efforts on the other.

A comprehensive and mutually respectful Sino-Australian dialogue, in turn, requires Australia to understand that engaging China involves much more than dealing with a government whose political methods at home we may have reason to question. It also involves coming to terms with a polity, indeed a civilization, that feels it is gradually resuming its rightful place in the sun after a period of prolonged humiliation.

Australians will have to equip themselves for a dialogue that is as much intercultural as it is geopolitical. Whether Australia’s political class and society at large have the political imagination and cultural know-how to embark on this journey only time will tell. 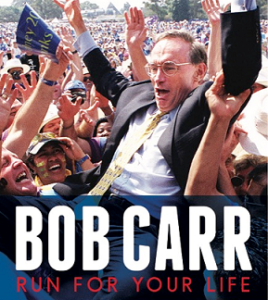