It is hard not to conclude that our major parties have been the primary stumbling block. They seem singularly ill equipped to envisage, let alone manage, the institutional changes called for by a globalising and increasingly interdependent world. If innovation holds the key to the future, we would do well to look elsewhere for leadership or inspiration.

This Tuesday the leader of the opposition and the following day the prime minister came to strut their stuff on the national political stage. Each had by all accounts carefully prepared his address to the National Press Club, keen to present his vision of the future and his plans for the coming year.

From the Labor leader came strong words about jobs, productivity, growth, infrastructure, housing affordability, training and lifelong learning, Medicare, and the need for greater transparency in political donations. There was even a mention of the dangers of political alienation and a passing reference to Donald Trump.

For the prime minister this was the opportunity to wax lyrical about ‘the most successful multicultural society in the world – (a) beacon of harmony in the midst of diversity’. Equally effusive were the references to ‘innovation’, free trade, education, lower business taxes, and defence modernisation and its manufacturing spin-offs. The centrepiece of the speech was energy policy, and the three grand objectives of energy security, affordability and emissions reduction.

Neither address was short on words. There were nevertheless a few intriguing omissions. First is the little matter of the future structure of the Australian economy. Neither major party appears to have thought through what might be an ecologically sustainable, socially equitable, and economically feasible mix of industries, on which future jobs and social and physical infrastructure will necessarily depend.

It is doubtful that we will see another mining boom in the foreseeable future, or that such a boom would be socially, economically or environmentally desirable even if it were possible. Glib talk about technological innovation or new energy technologies goes nowhere near providing an answer to our rapidly declining manufacturing sector. Nor, as things stand, can the service sector be relied upon to deliver assured prosperity. Yes, the export of tourist and education services has seen a substantial rise in recent years, but these and other services are themselves subject to the vagaries of demand in what is an increasingly competitive market.

Could it be that these larger economic challenges are being neglected because of an understandable preoccupation with other pressing issues? Is it that the two major parties are sharply focused on the environmental crisis that impinges on every facet of economic activity? If so, neither address showed much evidence of this.

Climate change got scant treatment. What might happen to the Paris Agreement in the Trump era? What are the avenues for enhanced multilateral cooperation that Australia can pursue? Is energy conservation an important part of the solution? As it turned out, the Prime Minister was far more interested in extolling the virtues of increasing energy production and consumption than of reducing greenhouse gas emissions.

Climate change aside, Australia has to contend with large-scale water mismanagement, loss of biodiversity, and pollution of various kinds, much of it the direct result of current agricultural practices and uncontrolled urban sprawl. But on this too, a deafening silence.

Conceivably, our political leaders wished to turn the policy focus on other weighty problems. Were they considering proposals and initiatives to address the underlying racism and xenophobia that remain potent sentiments, at least within certain segments of Australian society? Were they intent on addressing the violence our institutions still mete out to Indigenous Australians or to refugees and asylum seekers? Was there some indication that we could soon expect a thoughtful response to the recent reincarnations of Hansonism, the increasingly vocal vilification of Islam, or the continuing attempts to dilute the Racial Discrimination Act, supposedly in the name of free speech?

O perhaps we were about to be presented with new ideas on how to engage more effectively with Asia and shape a coherent, long-term China policy? Might there be a real surprise in store for us with the Government, or at least Labor, giving some hint of the need to rethink our supine subservience to the dictates of the US political, military and intelligence establishment?

Whatever the arguments justifying the structure of the alliance in the past, the Trump phenomenon cast an entirely new light on it. In its first two weeks, his administration has moved to weaken the emerging climate change regime and entrench racial and religious bigotry. Other steps already or soon to be taken are likely to widen income inequalities at home, and exacerbate tensions abroad, not least in the Middle East. A firm Australian response to these deeply troubling trends would not have seemed out of place.

As it turned out, on none of these fronts did either address rise to the occasion. Each address in its own way exposed the failure of the two political parties and their leaders to come to terms with a failing system of governance. What we are suffering from, first and foremost, is not a budget or energy deficit but a governance deficit – one in which citizens feel increasingly alienated, far removed from the levers of power, and unable to participate in a meaningful conversation on the scale, nature or causes of the problems Australia and the world presently confront.

At a time when constitutional reform is most needed in this country, it is at its lowest ebb since Federation. Many pressing reforms have been on the table for some time – the Republic, the treaty with Indigenous Australia, a human rights bill, the review of war powers, marriage equality and much else.

It is hard not to conclude that in each case it is our major parties that have been the primary stumbling block. They seem singularly ill equipped to envisage, let alone manage, the institutional changes called for by a globalising and increasingly interdependent world. If innovation holds the key to the future, we would do well to look elsewhere for leadership or inspiration.

Prof Joseph Anthony CAMILLERI OAM is Emeritus Professor, La Trobe University, Melbourne. He was the founding Director of the Centre for Dialogue, La Trobe University (2006-2012), and is the founder and Executive Director of Alexandria Agenda, a new venture in ethical consulting specializing on diversity and education. He is a Fellow of the Academy of Social Sciences in Australia and the author of over 20 major books and more than 100 book chapters and journal articles. 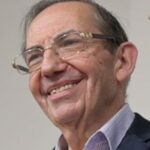