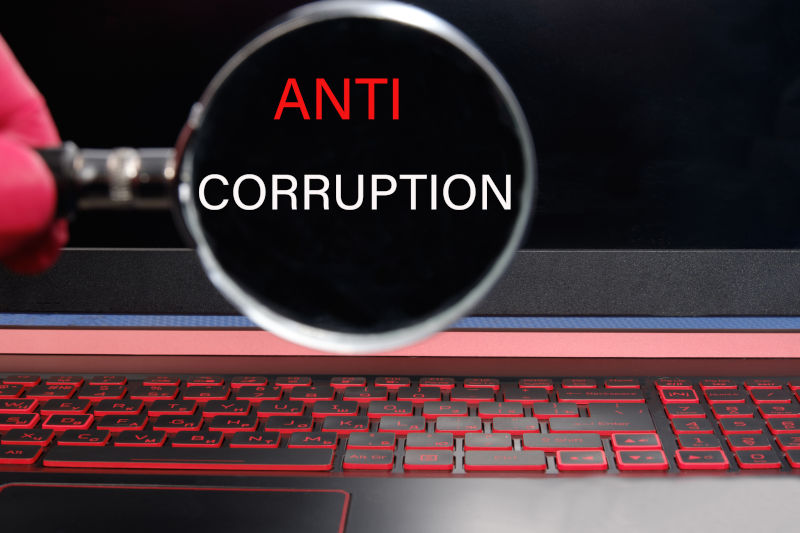 Next week the Government will unveil its long-anticipated National Anti-Corruption Commission (that’s now the official title) legislation. Experts and critics will be on hand to offer critiques based on comparisons with similar existing bodies in the States, with the Federal ICAC Bill tabled in the last Parliament by independent MP Helen Haines and with the promised but never delivered legislation of the Morrison government.

Labor Attorney-General Mark Dreyfus outlined the basic structure and role of the NACC in a speech on Monday to the Accountability Round Table:

‘The Commission will operate independently of government and will have broad jurisdiction to investigate serious or systemic corruption across the Commonwealth public sector.

‘It will have the power to investigate ministers, parliamentarians and their staff, public servants, statutory office holders, and contractors.

‘It will have discretion to commence inquiries on its own initiative or in response to referrals from anyone, including anonymous referrals.

‘The Commission will be able to investigate both criminal and non-criminal corrupt conduct, and conduct occurring before or after its establishment.

‘It will have the power to hold public hearings, where it is in the public interest to do so.’

In all these matters it is distinguished from, and superior to, the pitifully weak organisation proposed by the previous government. That body would have had a very limited jurisdiction, been unable to pursue rogue ministers or parliamentarians, severely limited in who it could receive complaints from, and unable to hold public hearings. Toothless, hamstrung and dumb.

Most attention will be paid to the ways in which the NACC reflects the successful aspects of the various state bodies and improves on those where faults or problems have emerged.

For example, the notion that the NACC can investigate anonymous complaints will undoubtedly be objectionable in some quarters. At one stage in Queensland, for example, the then LNP Government was so concerned that the Crime and Corruption Commission could investigate wild rumours that it proposed that every complaint should be made in the form of a statutory declaration. That meant that every complainant was not only identified but could be prosecuted for making a complaint that was inaccurate.

These days the argument that anonymous complaints can be received and may be investigated is quite simply that what was eventually found to be criminally corrupt conduct by NSW politicians Eddie Obeid and Ian Macdonald came to ICAC through an anonymous source. They would otherwise have got away with their multi-million dollar scams.

Those searching for a way of evaluating the NACC proposals should examine a recent report by Tony Fitzgerald into complaints about Queensland’s Crime and Corruption Commission and its failed prosecution of members of a local council.

Fitzgerald, of course, was the responsible for the creation and design of the original anti-corruption body in Queensland, the Crime and Misconduct Commission, more than two decades ago. That body, however, had gone through a number of major changes – mainly as a result of attempts by several Liberal National Party governments to nobble it.

Still, here was a review of a body by the person who had created it and been able to watch its successes and failures over a long period.

There could have been much to learn, but this was a short, sharp review, without public hearings and with a very limited agenda. Fitzgerald’s main conclusions and recommendations arose out of the use and over-reliance by the CCC in its investigations on police who are seconded from the Queensland Police Service.

Essentially he found there were too many, and that their investigations were influenced by the police culture which was directed to possible criminal prosecutions.

It is unlikely that the new NACC will be seconding officers from the Federal Police, but it is likely that many of the investigators it hires will have a policing background. Fitzgerald’s concerns about directing the priorities of investigators will be relevant for those running the NACC.

Fitzgerald’s other major concern was over prosecution decisions – who should make them, and how. In Queensland the CCC in its various iterations had always possessed the power to initiate prosecutions, without the involvement of the Director of Public Prosecutions. Fitzgerald said that should continue, but he thought the CCC should seek advice from the DPP before launching a prosecution.

Fitzgerald’s terms of reference were limited but that did not stop him raising some additional matters that he considered ‘merit attention’ by the Government, all of which are relevant to the design of the NACC.

First, the funding model. The CCC is wholly dependent on government decisions for its funding, which is provided in the annual budget. Fitzgerald noted that another recent integrity review in Queensland, by Professor Peter Coaldrake, proposed that all the integrity bodies in the state should have their financial arrangements and management practices determined through the Speaker and the appropriate parliamentary committee, rather than the executive government, as occurs in New Zealand and Victoria. Fitzgerald said this ‘warrants consideration’. Indeed.

Second, the qualifications of the chairman of CCC. At present the only requirement is that the chairman be a senior lawyer. Fitzgerald said ‘a question arises whether its should be a requirement that an appointee as Chairperson have wider skills such as experience in public administration or expertise in public or administrative law.’ Yes.

The third and fourth matters concerned the CCC’s functions and the extent to which it should be able to delegate matters to other bodies – such as the police.

The next concerned the important question of the protection given to whistleblowers. This is a very live issue with the NACC. Earlier this week Helen Haines asked a question of the Attorney-General about whether there should be an independent officer, a ‘whistleblower protection commissioner as a one-stop-shop to support and protect the brave people who will report corruption to the anti-corruption commission and across the entire public sector?’

Mr Dreyfus noted that this proposal had been included in the Haynes bill in the last Parliament and said the government was ‘taking that particular idea very seriously indeed’.

Other issues raised by Fitzgerald included witness welfare (to manage the impacts of reputational harm), funding for legal representative of witnesses who were coerced by the CCC in giving evidence, the definition of corrupt conduct, and the effect on the tenure of local government councillors who are charged with a disqualifying offence.

The other matter raised by Fitzgerald is the controversial issue of when the CCC should hold public hearings. This is certain to be debated fiercely in relation to the NACC. As for the CCC Fitzgerald noted that Queensland differed from most jurisdictions in not expressly providing for the risk of undue prejudice to a person’s reputation when determining whether to hold a public hearing.

Add to that, matters which need to be considered such as the importance of transparency  and the balance with the interests of those involved and the administration of justice.

Just what the government is proposing on these issues will be revealed shortly; the debate is certain to be very intense.