JUDITH WHITE. Arts policy and the need to counter the undermining of public cultural institutions

Writing a book is a solitary occupation, but with this one I’ve been constantly aware of the hosts of people – staff, members, volunteers, benefactors – who are concerned about what is happening to our public institutions. And they are public institutions: they belong, by Acts of Parliament, to the people.

Acknowledging the traditional owners, the Gadigal people, has a particular resonance here in this great library and in the Art Gallery across the Domain. The first peoples of Australia constantly remind us that art and culture, like the fruits of the land, are to be shared with everyone.

The cultural institutions founded in the 19th century come out of a very different tradition, that of the Enlightenment in Europe. But they in turn embody the aspiration that the highest achievements of the human imagination can be made accessible to everyone on an equal basis. That outlook was what made the AGNSW for many years such an exciting place to visit, to work in and to belong to. We all knew that we were helping to fulfil that objective.

It’s an objective capable of uniting people of all backgrounds and shades of political opinion, but in public policy in Australia it was best expressed by Gough Whitlam in his 1972 speech “It’s time” when he said that one of his government’s three aims would be “to liberate the talents and uplift the horizons of the Australian people”. There followed a great flowering of the arts and sciences in which the horizons of the entire nation did indeed expand.

But today you will search in vain to find such a vision in the platform of any major political party. What happened? In public discourse the philosophy of the Enlightenment is under sustained attack, and the arts and sciences have become battlefields. From the 1980s onwards we have seen the rise of neoliberalism, the theory that came out of Austria in the 1930s and was revived and embraced 50 years later by Margaret Thatcher with her infamous pronouncement that “there is no such thing as society”.

The same outlook now pervades Australian public discourse. Everything seems to be about profit and the individual, and we are supposed to compete ruthlessly with each other – for an education, for a job, for a place to live.

What does this have to do with museums and galleries? Well, neoliberalism operates in very insidious ways. There are systemic issues that we need to address, which is why I’ve had to look at the problems at the AGNSW in a wider context.

The pressure often begins with governments and their “efficiency dividends”. What a misnomer – there’s no efficiency, and no one is getting a dividend. It’s a spending cut. And in NSW the efficiency dividend has included a specific provision to reduce staff, which in cultural institutions can be disastrous.

A year ago Michael Lynch, one of our most respected arts administrators, pointed out that arts boards have been largely missing in action when it comes to opposing spending cuts.  Boards of public institutions are appointed by governments. New South Wales in particular seems to have a tendency to hand out board appointments to people not because of their record of contribution to the arts and sciences but because of who they are in the corporate world. They may be very worthy, but handed a financial problem they tend to do what corporates do. They call in external consultants to carry out an “independent” review.

When you hear those words in a cultural institution, put the treasures of the collection into storage, lock all the doors and hide under the tables, because you’re about to be raided. Consultants, like governments, will tell you to get staff off the books – preferably senior and therefore knowledgeable staff – and to “restructure”, creating new executive positions with a brief to develop commercial revenue streams. And so we get corporate sleepovers in the Opera House and all the rest of it.

Of course, we all need revenue streams, but when the core purpose of the institution is abruptly shifted from art to money-raising, and communications are taken out of the hands of people who know what they’re talking about – we’re in trouble.

Throw into the mix the most expensive and ambitious building program in Australian museum history, announced four years ago this week at the Art Gallery of NSW, and the problem snowballs. We used to talk all the time about art – and now the talk all seems to be about bricks and mortar. The Sydney Modern Project is ill-timed and ill-conceived and I believe it should be put it on hold for a public re-evaluation.

Questioning the focus, questioning the building project itself, is considered heresy. So staff are gagged, the independence of the Art Gallery Society is undermined, an atmosphere of fear and secrecy surrounds the project, and goodwill begins to evaporate. Goodwill is the great intangible that those external consultants can never evaluate, but it’s the lifeblood of a cultural institution. It was developed over decades but it can be dissipated in a few short years if the focus changes.

To give just one example: a two-tier system of public programs now exists for schools, with a smorgasbord of paying options for wealthy schools and only a limited offer for what the Gallery website describes as schools of “low socio-economic status” – that’s not the mission of a public gallery.

One of the questions I’ve most often been asked in the past few days is: What can be done?

Well, the voice of citizens in cultural matters can be very powerful. Globalisation has two sides. In the hands of multinational corporations and profiteers it threatens culture, but it has that other, liberating side of technological advance and interconnection between peoples. This has already greatly expanded audiences for the arts. We can build on that.  We can stand up for the arts and encourage others to do so – just as, 10 days ago, thousands of people around the world stood up for science.

Here in Australia, we must demand an end to cuts to arts expenditure, including the dreaded efficiency dividends. And we must scrutinise the way boards are appointed, and the way they carry out their statutory duties.

In the case of the AGNSW, we must call on the trustees and government to put the Sydney Modern Project on hold, and re-evaluate with full public consultation.

We should also insist that reviews of cultural bodies take into account the great intangibles of goodwill and public trust that bean-counters generally disregard. And for that we should insist on retaining the independent voice of membership bodies.

Dr Michael Brand has told Gallery staff that this book is written by a “very unhappy” former employee of the Society. Nothing could be further from the truth. I’m very happy about my years at the Gallery. Working for the Society since 1998 has been a life-enriching experience and I have absolutely no regrets.

I simply want every child, every citizen, to be able to have life-transforming moments of contemplating art. The Gallery belongs to all the people of NSW and in future I’m sure it will once again feel as though it does.

Judith White was Executive Director of the Arts Gallery of NSW Society This article is an edited version of her speech at the book launch. 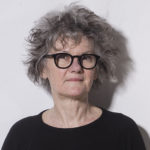