When Brazil’s Museu Nacional in Rio de Janeiro burned down on 2 September, staff described it as “a tragedy foretold”. For years, successive governments had cut recurrent funding for the museum, whose collection of 20 million priceless and irreplaceable objects was the finest in South America. The building can be replaced; not so the collection.

In Canberra, the Australian War Memorial is the only institution not subject to cuts!

Deputy director Luiz Fernando Dias Duarte said that while the museum’s funding had been cut by a third in the past five years, the government had splashed out millions on stadiums to host the soccer World Cup in 2014. (Sound familiar?) “A quarter of that would have been enough to make this museum safe and resplendent,” he said.

Couldn’t happen here in Australia? Beware complacency. None of our cultural institutions, so far as we know, is likely to burn down, but their collections, which form a vital part of the nation’s cultural heritage, face attrition by a thousand cuts.

Just last year a paper published in the Australian Journal of Public Administration  warned: “Australia’s history, and vibrant, shared record of what makes Australia is at risk of becoming inaccessible, or worse, marginalised and forgotten through wilful neglect.” In a meticulous, peer-reviewed report, researchers Kristin van Barneveld and Osmond Chiu of the Community and Public Sector Union (CPSU) demonstrated that over the past 30 years the spending cuts known as “efficiency dividends” have resulted in job losses and diminished care for the nation’s collections; and that the push to secure private funding is failing to fill the gap.

Van Barneveld and Chiu are not alone. A damning Commonwealth auditor-general’s report on the National Gallery (NGA), released in June, found that the institution’s financial problems now endanger its collection, whose value is estimated at $6 billion. “The storage and display of its collection in less-than-optimal accommodation is a risk to both the artwork and to the NGA’s reputation,” the auditor-general found. So serious are its cash-flow problems that the Gallery had “used injections of equity, designed for the purchase and maintenance of the artworks, for operating costs”.

Dr Gerard Vaughan, outgoing director of the National Gallery, told a Senate estimates hearing that the 2015 cut of $3.94m – five per cent of its budget – had resulted in the loss of 20 jobs. His dynamic young successor Nick Mitzevich, who took up the job in July, now faces the daunting task of navigating the shoals and reefs of Canberra politics if risks to the collection are not to increase.

At other national institutions, it’s the same story. An estimated $300 million has been cut from the arts budget since 2013, $30 million of it from cultural institutions in Canberra alone, with a parliamentary inquiry currently examining the resulting problems. The National Archives, keeper of Australia’s history, faces cutting 40 staff in the next 18 months. At the National Library the development of the ground-breaking Trove research facility is at risk.

The only institution in Canberra exempt from the cuts is the Australian War Memorial, with director and former Liberal leader Dr Brendan Nelson expecting its planned expansion to cost around $500 million.

This article was published by Culture Heist on the 8th of September 2018. 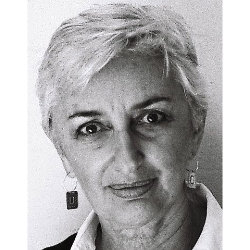