Juukan Gorge: an avoidable disaster that must never happen again 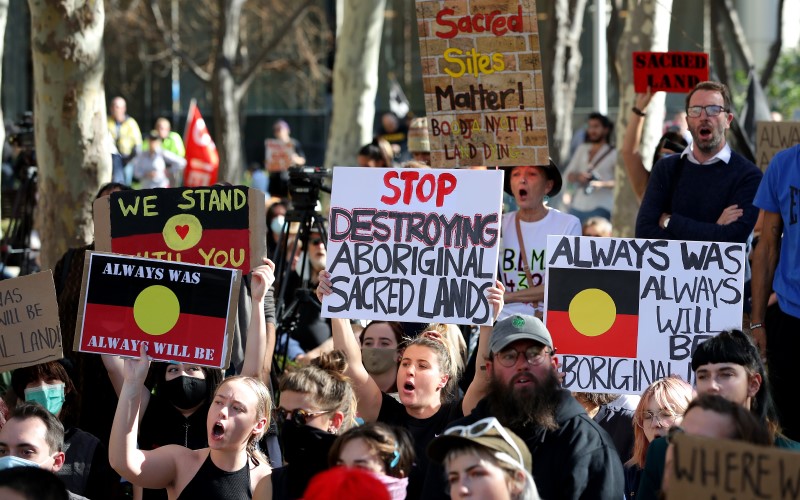 The destruction of sacred Aboriginal sites by Rio Tinto was an egregious example of how heritage protection laws have shortchanged Indigenous peoples.

“Myself, my family, our elders and our ancestors are in mourning at the desecration of our sacred site. This is part of our land that we are deeply connected to and which was an important feature of our future. Healing is slow and painful and will not come easily. Our trust in the system and our partners has been broken completely. I hope that some good can come out of our pain as we all work to build a new future for ourselves and future generations.”— PKKP Traditional Owner Burchell Hayes after the 2020 Juukan Gorge disaster

On May 24 last year, Rio Tinto, one of the world’s largest multinational mining companies, conducted a blast as part of its extension of the Brockman 4 iron ore mine in north-western Australia. The blast devastated Aboriginal heritage sites at Juukan Gorge, including two rock shelters of great cultural, ethnographic and archaeological significance. One of these shelters had provided evidence of continuous occupation going back some 46,000 years, making it a site of national and international significance. For the Puutu Kunti Kurrama and Pinikura (PKKP) peoples, it was something even worse — the theft of a vital part of their living culture. The joint standing committee on Northern Australia, which visited the site, described their grief at the loss as indescribable.

Could this have been prevented? There was nothing illegal about the blast. The state of Western Australia and the Commonwealth both have legislation directed at Aboriginal heritage protection but for different reasons both pieces of legislation proved ineffective. Rio Tinto had the necessary approvals under section 18 of the Western Australian Aboriginal Heritage Act 1972 — approval obtained back in 2013 without Aboriginal input. The joint committee reported that the Act did not provide for any meaningful involvement of Aboriginal people in the decisions made on their heritage. The PKKP were not even contacted by state government officials for their views on the company’s application.

The Commonwealth legislation, the Aboriginal and Torres Strait Islander Heritage Protection Act 1984, would have enabled the federal minister to make an emergency declaration and a permanent declaration preventing the destruction. For a number of reasons that legislative mechanism was not activated. Applications were initially made to the wrong minister. Curiously, the legislation is now administered by the environment minister, not the Aboriginal affairs minister. It seems the PKKP and their legal advisers were not well informed.

Commonwealth authorities had done little to familiarise Aboriginal communities with the available protection mechanisms. Telephone calls made to the office of the correct Commonwealth minister, on May 20, 2020, were not returned. Had they been returned, a protection application could have been made orally and an emergency declaration made. A further impediment was that the PKKP peoples were bound by confidentiality clauses in their agreements with Rio Tinto. These “gag clauses” prevented the PKKP from seeking heritage protection without first advising Rio Tinto.

The consequences for Rio Tinto were in some respects staggering, in other respects negligible. Rio Tinto suffered enormous reputational damage. Its actions were described in federal Parliament as “inexcusable and an affront not only to the PKKP peoples but to all Australians”. Language used in the parliamentary debate was strong:

The destruction has been described as “disgraceful, negligent and wilful”. The Australian Financial Review reported the destruction as “an egregious story of corporate blindness”. Rio’s chairman, chief executive and at least three other senior executives resigned, consequences unprecedented in the corporate world. But no financial penalties or regulatory sanctions were imposed on the company. Rio Tinto had not broken any laws.

Failure of governments to protect Aboriginal heritage is nothing new. The history is mixed. For Aboriginal people, the most positive outcome was the Hawke government’s controversial decision to prevent mining of Coronation Hill, the site of a valuable mineral deposit with reserves of gold, palladium and platinum. For the Jawoyn Aboriginal people the hill, which they called Guratba, was the site of a spiritual being, Bulla. Debate in the Hawke cabinet was said to have been long and intense. In an interview shortly before his death, Bob Hawke attributed his loss of the party leadership to the Coronation Hill decision.

In the Hindmarsh Island bridge case, the federal minister, Robert Tickner, made a declaration under the Aboriginal and Torres Strait Islander Heritage Protection Act to prevent construction of a bridge which would have adversely affected an area of spiritual significance to Aboriginal women. The Federal Court, however, overturned the declaration, applying common law principles of natural justice and procedural fairness to override the confidentiality of Indigenous religious beliefs. The Howard government later legislated to prevent a fresh protection application.

In Wurridjal v the Commonwealth, a case arising out of a Northern Territory intervention, the Commonwealth by demurrer argued that the claimed right of Reggie Wurridjal to access sacred sites to conduct ceremony was not a property right. Native title, now recognised by common law and statute, derives its content from Aboriginal tradition and custom. Aboriginal connection to land has a spiritual element. For Aboriginal Australians, ceremony is an attribute of spiritual connection with their land. Indeed there is a two-way relationship. Ceremony is an assertion of ownership. It is also one of the obligations of ownership. But the Commonwealth in its submissions to the High Court completely rejected the Aboriginal position.

There are arguably even worse cases of government submissions. In Western Australia v Minister for Aboriginal and Torres Strait Islander Affairs, a case involving protection of an Aboriginal men’s initiation site, senior counsel for Western Australia lampooned an affidavit by an Aboriginal man referring to a Dreaming story and spiritual beliefs because “they lacked logic”. In response, counsel for the Commonwealth minister was able to submit that some mainstream religious beliefs such as virgin births and reincarnation also lacked logic.

What is happening in Western Australia?

On November 16, the Western Australian government introduced new Aboriginal heritage protection legislation. The premier’s department said the bill would focus on reaching agreement with Aboriginal groups and on obtaining full, prior and informed consent for development. The government insists the bill has been the subject of extensive consultation and will ensure the principles of free, prior and informed consent are embedded in negotiations between land users and traditional owners. If proponents have investigated alternative options to damaging sites, they must disclose this to land owners. The new bill would require proponents to consult with traditional owners and agree together on cultural management plans where the former wants to develop near heritage sites. These plans will be administered by local Aboriginal cultural heritage services linked, where possible, to prescribed native title bodies. Miners and other land users must also report any new information that arises about sites under new cultural heritage management plans.

But that is only part of the picture. When agreements cannot be reached, the final say will go to the Aboriginal affairs minister, currently upper house MP Stephen Dawson. This is the critical issue. Notwithstanding government rhetoric about consultation, agreement and informed consent, the bill does not give Aboriginal people any right to withhold consent in relation to destruction of their sacred sites. There is no right of Aboriginal veto. The final decision is to be made by the minister. And Aboriginal people have no right to appeal against the minister’s decision.

Aboriginal reaction has been strong and swift. The Aboriginal Heritage Alliance said the WA government had refused to share drafts of the bill with any Indigenous groups: Aboriginal groups were only shown the final legislation on Tuesday night. They say they have not been adequately consulted. The government has ignored their concerns by retaining the ultimate decision-making power on the destruction of cultural heritage sites.

“It’s a devastating day for Aboriginal heritage,” said Tyronne Garstone, chief executive of the Kimberley Land Council. The bill would create a “cultural catastrophe”. He said: “Fundamentally, this bill will not protect Aboriginal cultural heritage and will continue a pattern of systematic structural racial discrimination against Aboriginal people … The state government has proved it is too close to industry and too dependent on royalties to be objective and transparent when it comes to matters concerning Aboriginal heritage.”

Gundjitmara Djabwurrung man and National Native Title Council chief executive Jamie Lowe said the legislation ignored the recommendations of the joint committee. “Essentially the new bill seems like a convoluted version of the old Act, with the ultimate decision-making power still up to the minister and still no real right to appeal for Aboriginal people,” he said. “What we have been delivered is … the minister making unchallenged decisions on whether cultural heritage may be destroyed.”

Tony Bevan, acting chief executive of the Wintawari Guruma Aboriginal Corp, said the bill also placed a lot of extra bureaucratic requirements on poorly resourced and financed Aboriginal groups. In contrast, the Chamber of Minerals and Energy, which represents miners including Rio, BHP and Fortescue Metals, noted the “extensive consultation” with government ministers and said it could work with the new laws.

Here is the issue. The miners say they were consulted. Aboriginal people say they were not adequately consulted. Critically, who should have the final say? Should Aboriginal people have the right to withhold consent to destruction of their sacred sites? If the minister is to have the final say, should there be a right of appeal? After three years of review of the old Act, the new legislation is now listed as urgent. Will there be opportunity for proper debate?

Ernst Willheim appeared as counsel in three of the cases referred to in this article. 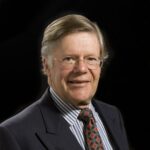 Ernst Willheim is honorary professor in the College of Law at the Australian National University. Before his retirement he was a senior officer in the Commonwealth Attorney-General’s Department where he headed several policy divisions, established the Office of General Counsel, lead numerous Australian delegations to international conferences and appeared as counsel for the Commonwealth in the High Court and other appellate courts. He has published widely on international, constitutional, refugee and Indigenous law matters.