Keith Mitchelson. How long, how long the climate blues 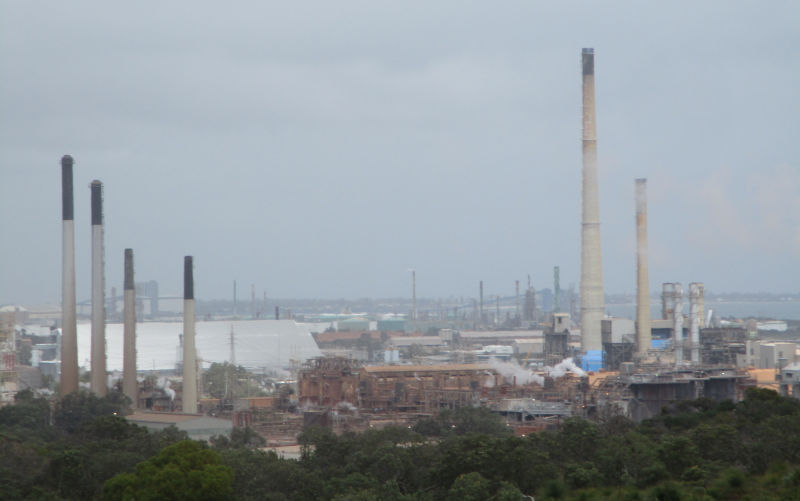 We should have known the fossil fuel companies would not take the Paris and Glasgow Climate Accords lying down. Image: Wikimedia Commons

Chris Bowen has announced reconfiguration of the energy generation system will not ‘commence until 2025’. Can Labor and Australia wait that long?

Labor has set a target of 43% reduction in CO2 emissions by 2030 in their quest to bring emissions to the atmospheric equilibrium of ‘net zero’ by 2050. However, Climate Change and Energy minister Chris Bowen has just announced measures to reconfigure the energy generation system will not ‘commence until 2025’.

In 1928 Leroy Carr and Scapper Blackwell released their seminal Blues song with the haunting refrain – ‘How Long, How Long Baby, Baby How Long?’ expressing acute loss and regret. The world has read of the tragic prospects for our planet due to excess emissions of fossil fuels ever since it was published in numerous newspapers back in year 1912, in Australia and elsewhere – the cause of the climate problem has been public for 110 years already! Atmospheric CO2 is still increasing at nearly 1.97 ppm per year – so by the end of 2025 another 7.9 ppm will be circulating globally and our planet’s heating will be accelerated that much more.

Bowen admittedly has a very great problem. Those neolithic knuckle-draggers of the previous government trumpeted $3 billion back in 2019 to fix our energy supplies. The Energy Security Board (ESB) was tasked in early 2021 to recommend to federal and state energy ministers how to achieve new post-2025 market demands. The National Cabinet only endorsed the final package of national electricity market (NEM) reforms in October 2021. In February and March 2022 the east coast had two consecutive ‘once in a century’ climate-related floods, bringing over $3 billion in insurance damages, one of the Australia’s highest ever disaster costs. Then in May 2022 we had the election which brought Labor to power.

These new post-2025 market arrangements are the most recent plans available, inherited by the Albanese’s government from the Coalition which they now hope will facilitate implementation of their election promises. Their 43% reduction of course is of our entire national emissions, not just the energy generation component. Since power generation represents a major element of emissions and is potentially the easiest sector to affect the 43% reduction target, it demands a massive transition to carbon–free power. The ESB’s Post-2025 plan, as a Coalition era deliberation, naturally includes coal- and gas-fired power.

The current energy price crisis demands both energy supply continuity and compliance with Labor’s promise of low power prices. This is a very difficult combination to achieve. And if we consider the principal role that lower emissions must be achieved for a 43% total emissions reduction, a plan to continue burning coal and gas is not credible.

After the resounding vote from Australians for decisive action to reduce climate damage, we know the Coalition-era plans cannot achieve Labor’s target. We can see why Prime Minister Albanese does not want to be accused of breaking election promises by increasing the emissions target, but missing it would be even more tragic. The resounding vote for the Green and the Teal co-recipients of the public’s plea – ‘How Long, How Long ‘til You Act?’ seems not to have entered government considerations.

The proposals of the ESB involve prolonging the use of coal- and gas-fired power stations. We are told by Australian Energy Market Commission (AEMC) that these measures are to provide energy stability and thus aid implementation of renewables, while also combatting the energy crisis. Actually, it is an energy price crisis, which Labor seems acutely aware could bring claims of profligacy if we pay the exorbitant fees the power companies are demanding.

The power-companies have been ‘gaming’ the energy price crisis, and it has worked absolutely in their favour – they have already spooked Albanese’s government to obey their conservative inclinations, rather than the aspirational inclinations of Australians that his government promised to address.

Sure the power generators and fuel production companies were taking advantage of the elevated international gas price, hence the price for all fuels increased accordingly. But they were also playing another game too – their retention of their existing facilities with continuing high returns becomes more compelling than spending fresh money to build renewables infrastructure. International investment financiers BlackRock predicted recently that delaying renewables and continuing with fossil fuels would be the prevailing international trend for the immediate future – a self-fulfilling prophecy since they have such large influence on global investment directions.

And then there are rising international bank interest and falling bond rates too. Of course, Australia is aligned here too. So the financial markets are totally back in control, and behind the scenes those BlackGuards, the international fossil fuel companies, are playing a controlling role and influencing the international markets.

We should have known the fossil fuel companies would not take the Paris and Glasgow Climate Accords lying down. They are fighting hard to roll back the implementation of alternative energy in that skilful behind the scenes way that the Ukraine conflict provides for them – elevated windfall prices that make their products much more financially attractive and so worthy of further investment. Our own dear old Murdoch press echoes this – it is continually full of praises for the windfall profits coming to our miners and fossil-fuel producers.

I am realist enough to know that aligning policy between our states, assembling the blueprints, hiring the contractors and skilled workers, and building the renewables infrastructure would take time if it was all commencing from scratch. But our renewables industry is already out there, and is well organised. We have been building solar farms and wind farms, and putting on roof-top solar for decades already. What does seem to be missing is a powerful government commitment to increase storage in batteries and pumped-hydro, increasing electric vehicle utility, and accelerating the rewiring and expansion of our power-grid infrastructure to accommodate renewable energy sources. And there is Saul Griffith’s argument that we should see private roof-top solar and people’s private electric cars as national infrastructure, and build for a highly disseminated electricity grid – Australia is waiting and expecting Chris.

If there was aggression against us as a nation, we would not accept waiting four years for the army to stand up and repel it. We would demand it happened now. And obviously, some enormous aggression is being applied.

Another four years until action is one whole parliamentary term. Does Labor really think the people will sit waiting silently for this wonderful Coalition-era plan to start – What plan? We haven’t even seen it yet.