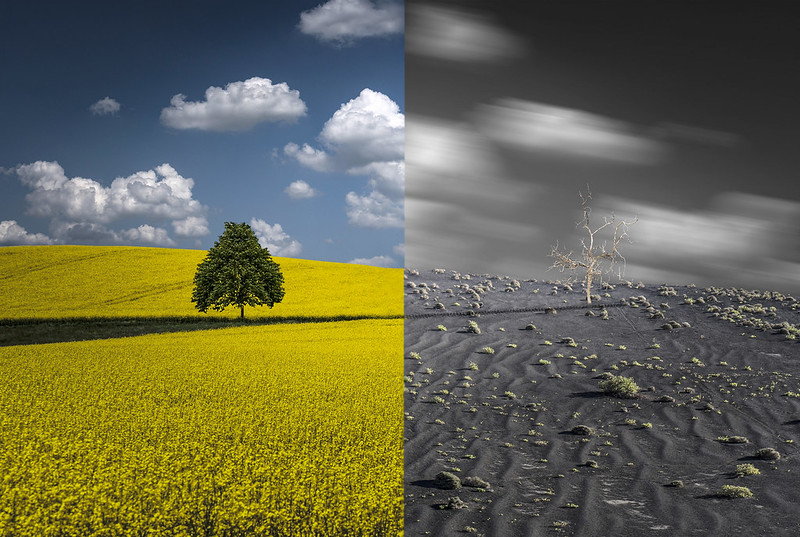 Humanity faces a self-interest choice – destruction of our economies, societies and environment with unfettered global warming, or a massive transformation that eliminates man-made carbon outputs.

The 2,400,000,000,000 tons of CO2 released through human industrialisation cannot be put back in the bottle within a single generation, not while we continue adding to it. The 2021 Glasgow Climate Conference found all national NDCs targets were deficient, that global emissions must collectively fall more than 7% annually if warming is to be kept +1.5oC, an impossible task using net-zero emissions targets. Climate models predict global warming at current rates may reach +1.5oC by 2027 some 20 years before the 2050 net-zero emissions time-line, and even hit +2oC warming by 2046, exposing all to inescapable costs and consequences of unrelenting climate damage.

The last several years showed that burning fuels are rapidly accelerating the scale of climatic disasters (continent-sized wild fires, heat domes, ice loss, floods and storms), and this is only the beginning of the heating curve. Things will get much worse. We stand to lose wealth and freedom as terrestrial life becomes imperilled. Self-interest should motivate all peoples to quell global overheating by embracing the renewables economy.

Nations must urgently eliminate fossil fuels and stop release of CO2 at source by helping fossil fuel producers to stop mining, and by supporting people and industry to stop releasing emissions. All sectors must become carbon-free, by increasing spending to a global-emergency level. The urgency of decarbonising economies coincides with a paralysis of world’s governments in fear of initiating economic depression, yet they must embrace novel thinking. The post-WW II US Marshall Plan provides a model of inspired economics. Massive loans for nation rebuilding in war-damaged Europe underpinned private investment there, yet stimulated huge industrial growth in the USA for decades. The US government had no knowledge incurring such debts would benefit it economically – the loans were based on a principled and courageous logic. Nations today must use comparable principles to avoid global economic depression, by compensating fossil fuel industries to stop mining and keep carbon underground, conditional upon their transformation into leading renewables industries.

The IMF found annual subsidy of uneconomic fossil fuels was about $7.4tn globally in 2020. Equivalent financial support for carbon-free solar, wind and battery (SWB) technologies could achieve decarbonisation of most industries right now, and with dedication even recalcitrant ones could be decarbonised. The issue is not just time, it is effort – ordinary people must convince leaders that preserving liveable temperatures is worthwhile and achievable! With sufficient investment under the correct policy settings, global emissions can be stopped and global warming can still be held to +1.5oC.

RethinkX’s new report, The Great Stranding, shows that fossil-power is contracting globally, but this is not reflected in conventional analyses. The danger is that collapse of fossil fuel could precipitate an investment crisis, just as the world needs to reinvest in renewables. Analogously, the global financial crisis of 2007-08 developed unseen, then depressed world economic growth for a decade. The health of both fossil fuel and emerging renewables sectors depends on reversing climate destruction within a stable global economy.  This pending crisis can be avoided by involving both the financial and fossil fuel sectors to construct renewable industries and provide new services.

The super-wealthy of the world must also support climate stability. Alliances of wealthy private investors such as the GFANZ financial alliance, the Paris Aligned Investment Initiative, cooperative community institutions, and many others are garnering billions in support of accelerated decarbonisation, and still bringing investors unparalleled returns on investment. Yet Australia stands as a leader in climate denial, with a government perversely opposed to reducing carbon emissions. Last month, billionaire Mike Cannon-Brookes sought to acquire AGL Energy, offering up to $20 billion to stabilize electricity distribution networks and to replace coal-fired power, keeping carbon underground. The government immediately attacked his proposal, yet such investments could contribute significantly to Australia’s necessary reduction of all emissions by 55% by 2030.

Fossil energy majors Shell and BP are already transitioning towards green energy and EV charging, with major staff retrenchment as services alter, which governments must ameliorate to avoid precipitous disruptions. The engineering and delivery skills of fossil fuel majors must be harnessed for building the renewable economy. Early adopter nations will prosper through repositioning energy around SWB electric power and transportation, gaining primacy in new exportable technologies, and make massive savings by avoiding domestic climate damage.

If current global warming continues, the world will not meet Paris global targets and will incur truly monumental costs. Yi-Ming Wei and colleagues showed if nations follow their NDCs plans, yet Paris targets are still breached, unrecoverable global costs of $600 trillion (tn) will accrue for +2oC warming by year 2100 (average cost $7.5tn yearly); and if greater than +2oC global costs increase to $790tn ($9.9tn yearly). The former costs are equivalent to current annual subsidies of fossil fuel use.

Positively, Wei’s analysis showed enormous cost benefit if the Paris temperature targets are achieved through creating global carbon-free economies. The economic benefit by year 2100 would be $336tn and $422tn by keeping below +2oC and +1.5oC, respectively. Upfront global investment of $18tn and $113tn respectively for carbon-free technologies is needed to achieve these targets. Here, net cost benefit of allowing +2oC warming is not a cheaper alternative, and +1.5oC is by far preferable. IRENA‘s World Energy Transitions Outlook 2021 found similar benefits for keeping the world at +1.5oC.

The costs to humanity of adverse global overheating will be catastrophic and enduring, with disadvantages multiplying over subsequent centuries. Nations need to eliminate all carbon emissions, as Wei’s analysis suggests ‘net-zero by 2050’ methods will fail them economically. Very long-term government loans can fund transition, and be repaid by energized global carbon-free industries. The world’s billionaires must help by providing under-utilized capital.  Climate equilibrium must be achieved, securing the earth’s viability over coming centuries, with international control of greenhouse gas at 353 ppm, or lower. Then our grand-children, and their grand-children, will have a future on our recovering planet.