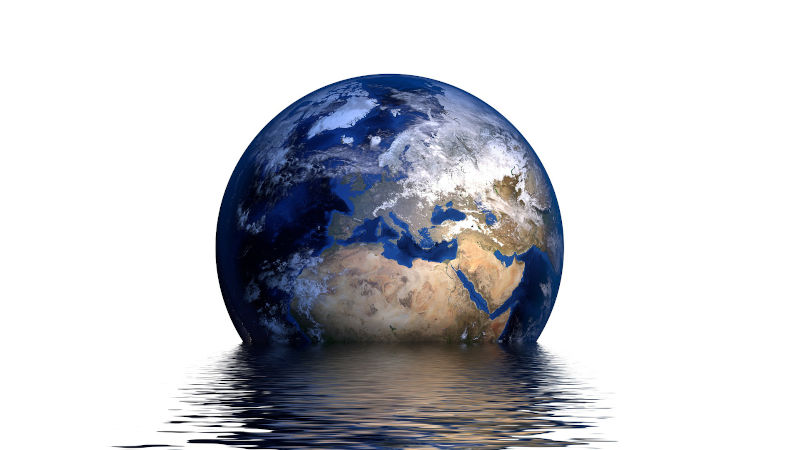 Can the climate change realists in the newly minted Labor government grasp the enormity of the task. Image: Pixabay

Winning a ‘climate election’ where neither major party presented nor discussed their policy details with electors has generated a blank screen of individual expectations. Can Anthony Albanese’s government satisfy their diverse hopes.

Albanese’s Labor government offered to reduce Australia’s carbon emissions with an almost content-free agenda, rather it spruiked a swag-bag of technical education to allow transition to jobs in proposed new-minted renewables industries, as well as the rebirth of Australia on the industrial world stage as a renewable energy superpower as its path to carbon dioxide emissions reduction.

The Greens and Teals in their own fashion also had little policy detail on how they plan achieving their even higher climate improvement aims. Now all three groupings have been swept by electors into Parliament on a wave of hope that the recent climate disasters befalling Australia can be ameliorated, prevented, and even reversed in the near future.

Electors in affected zones will expect immediate local relief from future disasters. Urban electors will additionally expect significant international and global responses. These high expectations will be very difficult to satisfy. Halting global climate change requires major investment and complete transformation of our global energy and transport systems, which will require synchronous global enthusiasm, coordination with other nations, time and money. The physics of the world’s climate is also slow to alter, and the previous century of accumulating emissions, of which the world has ignored the warnings, cannot be halted quickly despite the reality of our need to act urgently to even have a chance of being effective.

Any voter disenchantment, if outcomes are unsatisfactory or slow, will be mercilessly pounced upon by the Liberals and Nationals with their usual diet of accusation and disinformation. The seismic swing of this May election may have been nurtured by so called ‘educated electors’ in wealthy inner-city electorates, but the average Australian is also expecting discernible effects to be seen and felt as soon as possible, thanks. Electors want rapid local solutions to floods and fires and droughts that physically affected them.

Can the climate change realists in the newly minted Labor government grasp the enormity of the task, and argue for the major policy measures to achieve some examples of ‘elector satisfaction’. They must argue for rapid creation of an internationally competitive Australian renewables industry which will engage the youth emerging from our universities, thrilled to join a national movement to reverse global climate change. We all want to be proud of our country and proud that it believes in a living solution for the future.

Interim measures of adaption must also be fully funded and built quickly – moving towns out of flood zones; protecting townships from fire, providing water to drought-prone regions whilst also saving our ancient river systems, forests and wetlands from degradation, equipping enhanced emergency services, and making each of these vital services both attractive workplaces and suitably reimbursed employment.

The new government must also pursue a future-securing international policy, arguing for higher emissions reduction ambition in all nations, demonstrating our true commitment domestically, and using this advantageously in our foreign relations and security projections in our region and globally.

The reality of global warming is that most of the heat trapped by elevated atmospheric CO2 is then transferred – causing a gradual warming of the seas and oceans of the world. These hotter waters are then a huge heat bank which will continue to release energy back into the atmosphere for many decades even after carbon is eliminated from our global energy mix. We must eliminate carbon dioxide emissions as quickly as possible to prevent even faster and hotter global heating, but the population must be brought to realize that a rapid reversal of the physical forces causing climate change is not possible, and their hopes and expectations of what governments can bring about quickly must be brought to that reality.

The previous three decades of Coalition governments from Howard through Abbot to Morrison have squandered so much of the vibrancy of Australia, leaving the nation as a shell of its former self in terms of national resilience and societal cohesion. Trillion dollar national debt, hyper-inflated housing sector, super profit-driven banking and housing developer sectors, colonisation by tax-avoiding international fossil-fuel mining companies, public institutions loaded with corrupt third-rate Liberal political placemen, decimated heavy-engineering and production-industry sectors, disillusioned and diminished public service and higher education sectors, diminished arts, tourism and entertainment sectors, underfunded and overworked medical and emergency services sectors. And enormous social stress imposed on ordinary families through the deliberate underpayment of lower-paid workers in both the regions and in large cities. The list of sectors of our society under duress had grown remorselessly during the decades of Liberal/ National stewardship.

This legacy of damage has direct effects on electors’ lives – more equitable social-economic policy was a promise from both Labor and the Greens which attracted elector approval. The demand for a rebuilding of the ethics of these various sectors of our economy and society must also be satisfied. The sectors naturally require urgent support and require significant funding which could compete with the demands of responding to climate change.

In the first week of the new government, Treasurer Jim Chalmers outlined that the previous Morrison government’s budget figures were not accurate, that our national financial situation is much worse than the Liberals had admitted before the election. The gas, oil and coal elements of the energy sector are all ‘suddenly’ beset with massive price rises that they will pass on to families and businesses. These realities directly confront the agenda the government set itself to fulfil for electors, and must be tackled with brave and creative solutions.

And immediately, new Liberal leader Peter Dutton promises to question any ‘economic failures’ under this ‘bad’ Labor government, already blaming it for any newly emerging economic woes. Even if the Prime Minister Albanese desires a return civility in Parliament, I doubt that Mr. Dutton will see eye to eye. The PM, Treasurer and other economics ministers of the new government really have their work cut out for themselves.