Pope Francis’ response to the Synod on the Amazon challenges Catholics everywhere to take responsibility for the Church in their own regions.

Inculturation was a central theme for the Synod on the Amazon as reflected in both the Final Document and Pope Francis’ response. The Final Document calls for a multidimensional conversion: pastoral, cultural, ecological and synodal. It sees inculturation as both the establishment of the Gospels in traditional cultures and the engagement of these cultures in dialogue with the Church. It notes that the Conference of Latin American Bishops at Puebla had already recognised that cultures are not barren wastelands without genuine values. Promoting the work of the Church is not about ignoring or denigrating those values but of consolidating and strengthening them.

In Querida Amazonia, Francis approves of the Final Statement, affirming that different parts of the world must organise and structure the Church in their own particular ways. He adds that a culture, including Church culture, can become impotent when it turns in on itself and tries to perpetuate obsolete ways of living by rejecting engagement with true human values.

The Pope’s focus on preserving the cultural values of indigenous people in the Amazon has implications for the wider church. In the Australian context, indigenous traditions and cultures come readily to mind but there are other relevant areas.

Traditional contexts provide a wonderful array of values. Other contexts in which values emerge include the historical development of doctrine and the evolution of communities. Since the sixteenth century, through evidence-based methodical science, the Enlightenment, adoption of democratic political processes, emergence of the human sciences and in many other ways, western societies have been enriched by the establishment and acceptance of a wide range of human values. The Universal Declaration of Human Rights was a notable achievement in this regard. This article focuses on the place and status of women.

Australian civil society, through legislation and social norms, holds the equality of women and men as a central community and cultural value, even though achievement often lags behind the aspiration. We have long since, at least publicly, disabused ourselves of notions of male superiority and much effort is going into making it a reality in practice.

In Querida Amazonia, Francis was clear that the Church regions outside Rome should not rely on him to make decisions for them. Local churches need to take responsibility for their own areas. Clearly, the Church in Australia is struggling; inculturation is one of its major challenges. Inculturation does not mean conforming to every benchmark of civil society or lowering standards to maintain or enhance membership. It does mean recognising the genuine values of society, those values that promote the growth and development of all persons in their full humanity and dignity. Equality of women and men in every area of life is a fundamental cultural value in Australian life.

My next sentence may seem to be an overstretch but I am convinced there is truth in it. The continuing insistence by the Church on differential roles and status for women and men, with the ‘special’ function of presiding at the Eucharist and administering the sacrament of Reconciliation reserved for men, is not unrelated to wider perceptions by many men of exceptionalism or superiority and so contributes to legitimating for them abuse and violence towards women.

Just as inculturation is a basic and pressing requirement for the Church in Amazonia, it is also an urgent step forward to be made here in Australia. The role and status of women is just one example, but a crucial one. The credibility of the Church and trust in it have been severely undermined in recent decades. If it fails to recognise what is blatantly obvious to everyone else and to many Catholics, other efforts at restoring credibility, including Plenary 2020, will blow away with the wind. The onus is on Church leaders to accept responsibility and act.

Kevin Liston completed a Master of Theological Studies and is now doing a Graduate Diploma in Psychology after a career working with refugees and migrants. 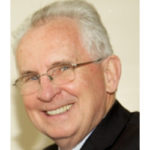 Born in Ireland, Kevin was ordained a Catholic priest in 1973. He worked in Kenya until retiring from the ministry in 1977. Arriving in Australia in 1982, he devoted 30 years to refugee and migrant services while contributing to development of policy and programs in SA, nationally and internationally. Since retiring in 2012, he completed a Master of Theological Studies (ACU) and is now studying for a Graduate Diploma in Psychology (Monash University). With a lifelong engagement in religious and church issues, he is committed to working for a mutually enriching conversation between Christianity and 21st century Australia.