Kevin Rudd on The Avoidable War 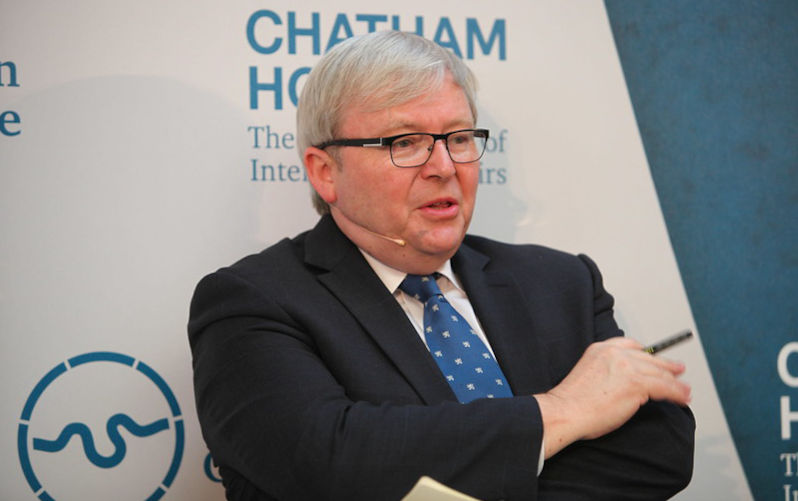 Kevin Rudd lives in New York these days, but on November 18, he returned to his former hometown of Brisbane to speak about his most recent book, The Avoidable War: the dangers of a catastrophic conflict between the US and Xi Jinping’s China at Brisbane’s City Hall.

Australia’s 26th Prime Minister quit politics after losing the 2013 election, departing to Harvard University, from where he was recruited by the Asia Society, an American institution founded by the Rockefellers in the 1950s. There Rudd was tasked with building a think tank, the Asian Society Policy Institute, which now employs 60 people. In January 2021, Kevin Rudd was appointed the Global President and CEO of the Asia Society, establishing him as a major voice in debates over US-China policy. Somehow, he still found time to write an important book, which carries the imprimatur of a major US think-tank and was written by a former Australian Prime Minister and Foreign Minister.

The Avoidable War was launched in Washington DC on March 22, 2022 by former Republican Presidential candidate Mitt Romney. Over the next seven months, Kevin Rudd toured the world, launching the book at numerous speaking engagements, starting in Washington DC, moving on to New York and Boston, then embarking on a ten-stop tour of Australia, before globe-trotting his way to London, Seattle, San Diego, Singapore, Mumbai, Delhi, Berlin, San Francisco, Brussels, and Paris, before returning to Australia. His venues ranged from prestigious haunts of the global foreign policy elite like the Asia Society, Chatham House, M.I.T., and the Harvard Kennedy School, where Rudd addressed fellow members of the power elite, to Brisbane where Rudd drew a large and far less elite hometown crowd─ former constituents and supporters, fans who laughed at his jokes, marvelled at his Mandarin, and appreciated his proficiency in understatement and irony. In its quite way, it was a Kevin Rudd Lovefest.

Rudd’s lifetime fascination with China began at university where he studied Chinese history, language and politics. During his subsequent career as a diplomat, a bureaucrat, a politician, and finally Prime Minister, he watched relations between China and Australia becoming more and more comfortable as the countries grew closer. However, over the past five-to-ten years he witnessed the relationship torn apart. Kevin Rudd grew increasingly distressed that the China-US confrontation in the Pacific was becoming very dangerous. This fear was the catalyst for writing The Avoidable War.

In 2017, Graham Allison, published a book called Destined for War: Can America and China Escape Thucydides’s Trap? Allison is a colleague of Rudd’s at Harvard, and launched Rudd’s book there. Rudd admires Allison’s work, but he deeply regretted that the title, Destined for War, became almost a meme among an oppositional group of foreign policy analysts in Washington who suggested that war between the US and its allies and China was inevitable, and that the US-China relationship was, as Allison’s title said, Destined for War.

As a diplomat and not a warmonger, Rudd felt it his responsibility to create an alternative meme for the relationship and he hoped that his title, The Avoidable War, would replace Destined for War as the dominant meme in the global media and among Washington’s foreign policy elite.

As a member of the western political elite, Rudd was unusual in that he spoke Mandarin and valued China as a civilisation. He found the current historical moment extremely alarming because of the lack of understanding of China and its people among western elites – the media in particular – and his plan to save the world from the unimaginable disaster that a China-US war would bring was based on sensible, well-argued, indeed, glaringly obvious propositions such as learning about China and its leaders, valuing education rather than demonisation, jaw-jaw rather than war-war, and preferencing peace and diplomacy over weapon sales and newspaper sales.

Not surprisingly, Rudd placed a considerable part of the blame for our present precarious global situation on the manipulations of the Murdoch media. In 2020 Rudd launched a petition calling for a royal commission into Rupert Murdoch’s media empire in Australia. In November, the Queensland Labor Party became the third ALP state branch to back the call for a royal commission into Murdoch.

Kevin Rudd sees the relationship between the world’s two superpowers as extremely volatile, precariously balanced on a seismic fault line of cultural misunderstanding, historical grievances and ideological incompatibility, while their militaries play a dangerous game of chicken around the island of Taiwan. Meanwhile, the Murdoch press fosters misunderstanding and conflict with relentless attacks on China, screaming “War!” because it sells newspapers, while the China scare benefits Murdoch’s political allies in the coalition parties.

In response to a questioner who asked about the role of the “right-wing media” in promoting the China scare, Rudd replied:

“The media are profoundly important in shaping the parameters of national debate. Because of its near print monopoly – 70% of market share – the Murdoch press has played a major role in shaping the national narrative on China, basically Evil versus Good. Evil is everything China does, Good is what the rest of us do. Then to turn it into this binary game has legitimised a form of politics where the use of a megaphone every day to attack the Chinese system seemed normal.

“Where we got to with Murdoch and his coalition partners, Morrison and Dutton -they all belong to the one party – validating a megaphone-based attack on the Chinese government every Tuesday morning. It doesn’t get you anywhere. It doesn’t solve problems. I am a bit an of an old-fashioned guy. A, I like peace; B, I think there is something that’s called diplomacy you can use.”

Under Dutton, Morrison and the Murdoch press, said Rudd, Australia-China relations were kicked around in a domestic game of political football. Dutton’s reckless call to prepare for war with China was an attempt to electorally wedge Labor for being soft- on-China and was intended to win favour within Australia’s internal political contest.

“The results of the May Federal election showed that this failed spectacularly,” Rudd said.

A proponent of diplomacy over war, he was pleased that Presidents Biden and Xi sat down for a three-hour discussion at the recent G20 conference in Indonesia and that the Australian Prime Minister Anthony Albanese met with President Xi, which has reopened diplomatic channels between Australia and China.

For the moment, war with China is looking slightly less inevitable, and that can only be considered good. 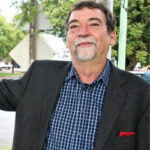