On 30 May 2014, the Report of the Special Commission of Inquiry into Matters relating to the Police Investigation of Certain Child Sexual Abuse Allegations in the Catholic Diocese of Maitland–Newcastle (“Cunneen Report”) was published by the New South Wales Government. The Report rejected allegations by former Detective Inspector Fox that there was an attempt by the NSW Police not to properly investigate cases of the sexual abuse of children by Catholic clergy.

But the Report severely criticized the Church in the Maitland-Newcastle diocese for covering up those allegations over a long period of time.

When it came to canon law and the obligation to report such crimes to the police, the Report stated:

6.2 The relationship between canon law and civil law (that is, the ordinary law of the land) is complex. In many important respects, however, canon law does not displace civil law obligations. Thus, for example, the 1983 Code of Canon Law places no restrictions on any civil law obligation of a church official to report to civil authorities (such as the police) allegations of child sexual abuse committed by a priest.

It is true that the 1983 Code of Canon Law places no restrictions on reporting – in fact it says nothing about it one way or another. But the 1983 Code of Canon Law is not the whole of canon law. The “pontifical secret”, the Church’s top secret classification, a permanent silence, is imposed by the 1974 decree of Pope Paul VI, Secreta Continere, Art 1§4, on all allegations and information about child sexual abuse by clergy that the Church has obtained through its own internal investigations.

In 2001, Pope John Paul II issued his Motu Proprio, Sacramentorum Sanctitatis Tutela (which is also not part of the Code) in which he changed some of the procedures under the Code for dealing with child sexual abuse and other canonical crimes. Article 25 of the “norms” attached to that document specifically provided that “cases of this kind are subject to the pontifical secret”, and footnote 31 that immediately follows refers to Art 1§4 of “Secreta Continere”.

In 2010, Pope Benedict XVI revised the 2001 Motu Proprio and Article 30 of the revised norms provides that “cases of this nature are subject to the pontifical secret”. Footnote 41 then refers to Art 1§4 of Secreta Continere. The 2010 revision even extended the pontifical secret to cover cases involving clergy sexual abuse of intellectually disabled adults and the possession of child pornography. Those who are bound by the pontifical secret are obliged to keep it “forever”.

Art 1§4 of “Secreta Continere does contain one exception. It provides that the accused can be told about the allegation if it is necessary “for his own defence”. One might have thought that this was implied, but when it comes to the pontifical secret, nothing is left to implication. There are no exceptions for reporting these matters to the police.

In 2010 the Congregation for the Doctrine of the Faith announced that it would be instructing bishops to comply with civil laws relating to reporting. If there is such a civil law, then there is an exception to the pontifical secret. The only State in Australia that has such laws covering all allegations of sexual abuse is New South Wales. In all other jurisdictions, the pontifical secret still applies, and bishops are required to comply with it under their oath of office.

Canon 22 provides that where there is a conflict between civil and canon law, Catholics are obliged to follow canon law, that is, to break the civil law. Further, bishops on their ordination are required to take an oath that they will obey canon law. Prior to 2010, when most of the cover up in the Newcastle-Maitland diocese took place, there was a conflict between the requirements of Secreta Continere and S.316 of the Crimes Act 1900 (NSW).

If the only expert evidence on canon law before the Special Commission was as stated in its Report, its comments on canon law and reporting to the civil authorities are understandable. The Royal Commission has indicated that it will be inquiring into the issue of reporting, and no doubt we will be hearing a lot more about Secreta Continere, and its effect on the cover up, either directly or through the culture of secrecy that its very existence entrenched and deepened.

Kieran Tapsell is a retired Sydney lawyer with degrees in theology and law. His book, Potiphar’s Wife: The Secret of the Holy Office and Child Sexual Abuse is published by ATF Press. 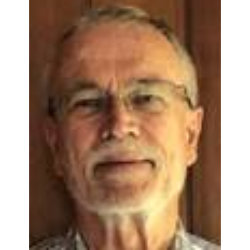