Kim Carr: We need answers on both subs deals 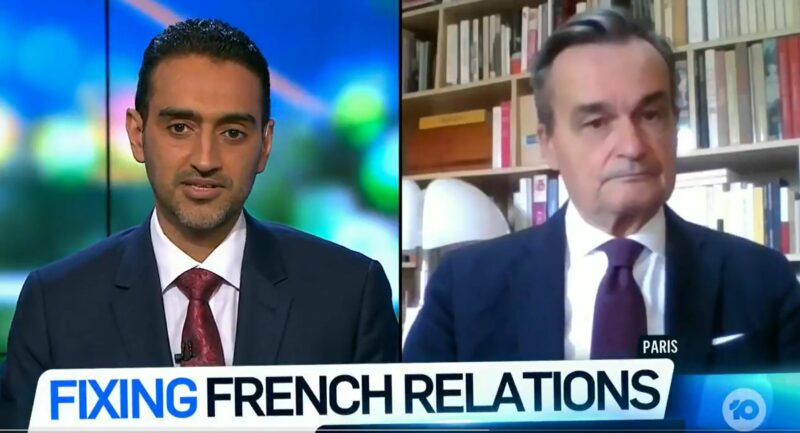 Former French ambassador to the US Gerard Araud is interview on The Project. (Image: Supplied)

Now the government’s scrapped its $90 billion contract with France to build diesel submarines, many unanswered questions about the new deal to acquire uncosted nuclear boats appear connected to the murky politics of the old one.

It was known that Australia was concerned about cost blowouts and delays in the French deal, but it has never been clear whether the hefty price tag — almost double the original estimate of $50 billion — arose from the extent to which decisions were made in France or Australia.

In an interview with 10’s The Project on September 22, however, former French ambassador to the US Gérard Araud left no doubt about who he believes is responsible.

Out of the $90 billion, he assured The Project’s panel, only 10–15 per cent would have gone back to France. The rest, he said, was a result of Australia’s insistence that an American combat system must be installed on the subs and the modifications this required.

The claim has not been tested: it is one of many that a broad-based Senate committee inquiry into the two submarine deals should investigate.

Installation of a US combat system was not the only major modification, of course. The cancelled Attack-class subs would have been diesel adaptations of France’s Shortfin Barracuda-class nuclear boats, and converting nuclear submarines to a conventional propulsion system is a major challenge for the designers and engineers

It was not the only option. As Araud told The Project, France was willing to build nuclear boats in Australia, and to transfer the necessary intellectual property and technological expertise to allow Australia to develop its own sovereign capability in construction and sustainment of nuclear submarines.

But in 2016, when the deal was signed, Australia insisted that it did not want nuclear boats so the Attack class, a strange and untried hybrid, was born. The decision has left experts in submarine technologies scratching their heads ever since.

This is not only an historical puzzle, because the contortions that were involved in putting the deal together arose from the demand for “interoperability” with US forces, which has increasingly determined Australia’s defence procurement decisions.

The Royal Australian Navy’s air warfare destroyers have US combat control systems, as will the planned Hunter-class frigates.

The decision to acquire eight nuclear subs under the AUKUS pact might have pushed the demand for interoperability to a point at which not only Australia’s capacity to acquire sovereign capability in naval shipbuilding, but also Australian sovereignty itself, are at risk.

The prime minister has given scant details of how the new deal will work. We do not know what the nuclear submarine fleet will cost — only that it will be even more than the cancelled $90 billion French deal — and we do not know what type of vessel will be built, either. Australia’s nuclear boats might be based on either a UK or a US design.

We have been told, however, that whatever type of boat is chosen there will be a transfer of nuclear technology from the US under the deal. This is extremely rare. It has happened only once, with Britain, and AUKUS turns that bilateral relationship into a tripartite one.

It is inconceivable that the US would agree to the transfer of its most sensitive naval technology without the expectation that it will have a significant degree of control as to how that technology is used — in the construction phase, and in operations from 2040 once the subs are built.

The AUKUS subs deal locks Australia into US strategy and force projection in the Indo-Pacific for many decades into the future, and greatly increases the prospect of Australian involvement in any military conflict between the US and China.

That has obvious implications for the restriction of Australian sovereignty and sovereign industrial capability, and poses more questions that a Senate committee should pursue.

And, there are further questions related to the long-term damage to our relationship with France, caused by the way in which AUKUS was negotiated in secret while our government continued to assure the French — as late as August 30 this year — that Australia was committed to the Attack-class project.

Is there more to this than clumsy, inept diplomacy? Consideration of the global context in which AUKUS has been announced suggests there might be.

US President Joe Biden’s focus on containment of China continues the so-called “pivot” of US priorities to the Indo-Pacific that was announced but not completed by the Obama administration.

That has been a two-way process. In November 2019French  President Emmanuel Macron famously declared that NATO, which has tied the US to Europe for more than 70 years, was in danger of becoming brain-dead.

France has the largest military forces in the European Union, and has long urged the EU to move further towards what has been called European strategic autonomy.

The development towards strategic autonomy had always been limited while the UK was an EU member, because the UK feared that it would undermine NATO. But Brexit has removed that obstacle.

So how might close defence ties between Australia and France have been viewed in Washington, particularly if they involved submarine technologies — including nuclear technologies, which Araud has said Paris was willing to offer?

The French have always claimed that the future submarines project was being undermined by people in Australia who want this country to be even more closely aligned to US strategic interests.

All these questions need answers if Australia is both to preserve its sovereignty and sovereign capabilities, and to restore good relations with France, which remains not only a member of the UN Security Council but our neighbour in its Pacific territories.

The best way to find the answers is through a Senate inquiry into both submarine deals. The blank cheque that the Morrison government has demanded in return for bipartisan support of AUKUS is not acceptable. 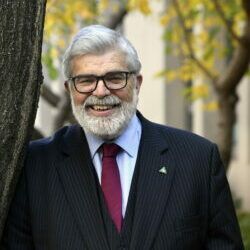