Kim Oates. Excuse me doctor, have you washed your hands?

Imagine you are a patient in hospital. The doctor draws back the bed sheet to examine your abdomen. Before you are touched, you say “Excuse me doctor, have you washed your hands?”

Would you dare? Would you be too embarrassed, awkward or even afraid to ask? Would you worry that it would be rude to ask, or that it could undermine the doctor’s authority? Would you risk upsetting the person taking care of you if it led to your doctor taking offence? Or you might think it’s just not your role to ask this type of question.

Hospitals can be dangerous places. Sometimes things go wrong and patients suffer. Dr Don Berwick from the Institute for Healthcare Improvement in Boston showed that the risk of death from hospital admission was the same as the risk of death from mountain climbing or bungy jumping. But of course, because hospital admissions are far more common than these sports, the actual number of deaths is far higher.

One reason for this is that people admitted to hospital are often unhealthy to start with. They may have multiple health problems. Some have supressed immune systems, making them more susceptible to infection. They may undergo complex procedures where there are small margins for error.

Another less apparent reason is that not all health professionals practise hand hygiene as well as they should.

According to the Australian Commission on Safety and Quality in Healthcare, each year approximately 200,000 patients acquire an infection while they are in hospital, making hospital acquired infection the most common complication for hospitalised patients.

Sometimes these infections can enter the blood stream, with the potential to cause death, particularly when the infection is from an organism resistant to most antibiotics. And hospitals are places where antibiotic resistant bacteria are more commonly found.

Hand hygiene is probably the most important thing health workers can do to protect their patients from infection.

But what can patients do to protect themselves? Asking health professionals if they have washed their hands is a good start.

Studies show that a substantial minority of health professionals don’t wash their hands as often as they should, although concerted campaigns, coupled with surveillance, by Hand Hygiene Australia and other patient safety bodies show that compliance with hand washing is increasing.

In 2010, 70% of nurses complied with hand washing regimes, the highest of all health professional groups surveyed. By 2105, their rate had risen to 86%. But would you rest easy if you knew that there was a 14% chance that your nurse was one of those who had not performed correct hand hygiene?

Doctors comply less often. In 2010 the hand hygiene rate for doctors was just under half, a worrying 49%. By 2015 their rate had risen to 71%. It’s a big improvement but doesn’t help if you are the patient of one of the 29% who has not complied.

What can you, the patient, do about this? The answer is simple in theory, but difficult in practice. Just ask: “Have you washed your hands?”

However, studies show that 77% of patients would feel uncomfortable asking their doctors if they have washed their hands before examining them. Fifty seven per cent said that they would not ask, assuming the doctor had already washed. Twenty per cent worried that asking could be construed as questioning the doctor’s professionalism.

Patients need to be encouraged to ask and health professionals need to become more comfortable with patients who ask the question. If the aim of health care is to improve the health of the patient, rather than make it worse, it’s pretty obvious. 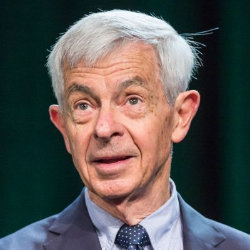 Kim Oates is an Emeritus Professor of Paediatrics, a former CEO of the Children’s Hospital at Westmead, a former President of the International Society for Prevention of Child Abuse and Neglect and an elected Founding member, International Academy of Quality and Safety.