Some 685 aged care residents died from Covid-19, making Australia one of the worst countries in the world for aged care deaths as a proportion of all Covid deaths.

Scott Morrison announced in a media conference that his government would take responsibility for keeping older, vulnerable Australians in residential aged care safe during the pandemic.

Scott Morrison knew our aged care system was in crisis before Covid hit.

After all, the Royal Commission Interim Report into Aged Care was handed down in 2019.  It detailed shocking, horrifying reports of aged care residents with maggots in open wounds, chemically restrained, and left to lie in their own urine and excrement.

The Royal Commission Interim report says there were 4,000 notifications of alleged or suspected assaults in one year, and that up to half of Australia’s frailest aged-care residents were malnourished.

This is not a report from a Third World country; this is a report of what is going on in Scott Morrison’s aged care system, summed up in one word, the report’s title: Neglect.

As Treasurer, Scott Morrison cut $1.7 billion from the aged care budget, but since the Liberal Government came to power in 2013, they’ve spent $1 billion in advertising telling us what a good job they are doing.

When Covid hit aged care, Scott Morrison wasn’t on the side of Australians in aged care and their families like he promised.

We knew from what was already happening overseas with the pandemic that aged care residents were particularly vulnerable to Covid, and what extra measures did Scott Morrison take?

No extra precaution and no personal protective equipment and no pandemic training for aged care staff.

685 aged care residents died from Covid-19, making Australia one of the worst countries in the world for aged care deaths as a proportion of all Covid deaths.

Families were separated from their loved ones and aged care residents – our parents and grandparents – died alone, suffering, and sometimes without their families even aware they had passed away.

Over the past year my colleagues and I have met with dozens of aged care workers. They are the unsung heroes in Australia. They have sought, at every turn, to give older Australians the care, dignity and protection they deserve.

Aged care workers in Australia are understaffed and underpaid. They are starved of resources. They know that the neglect detailed in the Royal Commission report is the direct result of Government cuts to funding and policy decisions.

An aged care worker with many years’ experience – often a woman, often in her 50s or 60s – is most likely paid less than a 19-year-old retail worker in his first job.

I acknowledge here today Gerard Hayes and the Health Services Union, who have launched a landmark work value case with the Fair Work Commission to get a proper pay rise for these caring and dedicated workers.

Unfortunately, when it comes to jobs in aged care, there is only one job on Scott Morrison’s mind: in his reshuffle, the Prime Minister left Richard Colbeck in the Aged Care portfolio.

A job for a mate was a higher priority for Scott Morrison than the safety and well-being of older Australians.

How can older Australians and their families rely on Scott Morrison to deliver on the recommendations of the Royal Commission into Aged Care when he has never been on their side? 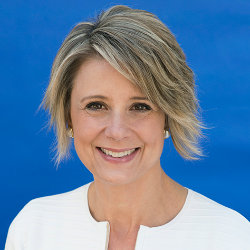