There are murmurs that the Chinese in Stretton have had enough.
For years they have kowtowed to Labor’s demands for money, volunteer labour and votes, in the hope that one of them would one day join the Labor caucus in the Queensland Parliament. Alas, NO. “You Chinese need us to speak on your behalf in Parliament.” Never mind that one or more aspiring Chinese candidates went to school and university in Australia and are fluent English speakers. But they have not been groomed through the Party/Union nurseries. Otherwise, their career experience in the professions and business would be an invaluable asset to take to our Parliament – that all-encompassing social and economic enterprise of the State.

The ALP is stuck in the past: the Chinese were tolerated aliens at Federation, rehabilitated as reliable ‘hard-yards’ workers during the Cold War, and more recently re-imagined as willing servants content never to be invited to the high table reserved for union royalty and factional protégés. Labor is blind and deaf. Stretton, on the Southside of Brisbane, is a multicultural electorate where more than half the households speak their non-Anglo native tongues at home.

The Chinese, the largest ethnic group, constitute 23% of Stretton’s population. The Indians, 7%. So far Labor has successfully exploited the 9-carat promises of multiculturalism to pull the wool over ethnic eyes. Labor MPs attend all ethnic functions, albeit as royal patrons; they facilitate ethnic projects and listen to social issues raised by ethnic attendees. They are adept at getting ethnic leaders to marshal their communities to the various “multicultural dinner functions” at which Labor luminaries, flown in from interstate, tell the assembled how good Labor is.

No question time, though: not at the podium, nor afterwards when the VIP is doing the mandatory meet and greet at each table. It has worked well in Stretton. Labor’s margin is 14.6%. All the same, if ethnic voters were sufficiently put off by never seeing their faces in Parliament they might well succeed in “sending a message” at this by-election. It has been said that ideological loyalty could be temporarily suspended without hurting the State Labor government. What an opportunity!

In 1998 the Queensland Chinese Forum issued a media release condemning the Liberal Party for directing its preference to One Nation and encouraging Chinese voters to withdraw support from the Liberal Party. On the very next night, the Liberal Party President managed to get Forum representatives into his chamber, to clear up the “misunderstanding”.

The lesson then and now rings true: go public, and forget the cosy backroom promises. If Chinese and other ethnic voters show displeasure at this by-election, the Labor Party might likewise take notice. A not-so-glorious result for the Stretton by-election would have ramifications for the next federal elections. A little rumble in Stretton could morph into a nationwide roar! One in every 20 Aussies is Chinese, yet they are rarely seen in our Parliaments. If you are not there, to paraphrase one notable woman leader, you are discriminated against. Seeing is believing. Even ABC TV, for so long the last bastion of our white British culture, has caught up with the times: ethnic faces are now seen across the entire spectrum of ABC programs.

Will the Chinese voters rise to the occasion?

Deep in the consciousness of every Chinese who has been to a Chinese school in Taiwan, Hong Kong or elsewhere in the European colonies of South East Asia lies a sorrowful scenario of unforgettable shame.

That shame is immortalised in the opening words of a song written in 1934 for a film made in the wake of Japan’s 1931 invasion of Manchuria, when the entire Chinese population, following the disastrous Opium War of 1839-42, were still effectively slaves to the various invaders from the West:起来(Qǐlái!)! 不愿(Búyuàn)做(zuò)奴隶(núlì)的(de)人们(rénmen!)!  Rise up! Ye who refuse to be slaves!

Amongst Stretton voters, a good proportion has that heritage. The more engaged amongst them would also know how our own Billy Hughes at the 1919 Versailles Treaty effectively gave Japan a beachhead on mainland China from which to launch that 1931 invasion. It remains to be seen if there is effective leadership amongst Chinese groups to urge Chinese voters to rise up on this occasion and refuse servitude to a political Party that still regards them as merely useful minions. The stakes could not be higher. A significant ethnic showing in the Stretton by-election outcome could finally convince the Labor Party to field competent and worthy Chinese candidates for the federal elections next year. 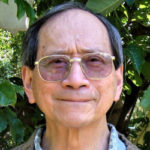