Labor scared of the shadow of a Murdoch paper tiger 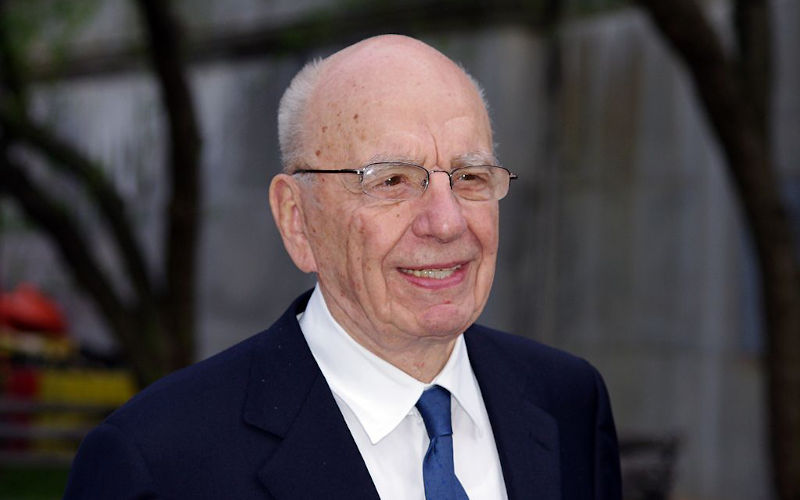 Kevin Rudd and Malcolm Turnbull, have been calling for action against the power of Rupert Murdoch’s News.com. Image: Wikimedia Commons

I think the power of the ranting media – News.com in particular – is on the decline.

The strongest argument against my opinion is the way politicians continue to line up to pay homage to those who control the media, and, in the case of ministers, hand over to media owners hundreds of millions of public money so as to buy, or at least, rent, their favour.

Surely the politicians are not fools. They must know something, more than us poor mortals, about the power of journalists and editors and owners to influence voters and sway votes? Surely governments are not handing over such money from the goodness of their hearts. And surely voters, and the politically aware have seen ample occasions in which the media has used or abused its power to reward or punish political parties of whom it disapproves. And do not former prime ministers, on both sides of politics, take time out to attack the power of mainstream media, and to call for royal commissions and other action to clip their wings and hold them to account?

Right now, for example, former Labor prime minister Kevin Rudd and former Liberal prime minister, Malcolm Turnbull, have been calling for action against the power of Rupert Murdoch’s News.com. It is not to be thought they have pioneered this path. At different times, out-of-office prime ministers such as Gough Whitlam and Paul Keating and Malcolm Fraser have attacked Murdoch in particular, and other media moguls, including Kerry Packer and those in control of the old Fairfax network, for bias, excess of power, abuse of power, use of their media power to advance other business interests, invasion of privacy, and even lowering of the national cultural tone.

These critics were people who assiduously cultivated media moguls while they were in power, including dancing attendance on Murdoch here and abroad, as well as making decisions, involving television licences, permissible audience reach, concentration of media and access to gambling licences that seemed more focused on pleasing the moguls than on serving any obvious public interest. This interest in a free and independent media and editorial independence sometimes seemed to extend to ringing editors to attack or seek the sacking of particular journalists, making threats about access to information in order to have particular stories suppressed, and approaching owners and managers in efforts to get them to lean on editors.

Be all of that as it may, their experiences of the media while in power may have persuaded them of the power of the mainstream media, and the need to keep the beast under control. Particularly when their own civilising hand is absent.

Certainly, some of the media in recent times have become far more openly propagandistic about particular causes, such as the fundamental wickedness of Labor, and, in the case of News Com the need to drop pandemic lockdowns and re-open the economy. Coverage on such causes – and other media panics such as the threat from African gangs, from refugees, Muslims, Chinese, and terrorists – has often been carefully orchestrated. Virtually everyone has been conscripted to the cause. There is no pretence of even-handedness, of a primacy of news values, or the separation of news from opinion. As often as not, indeed, opinion has seemed to become the news.

During an election, a Murdoch tabloid seems a carefully crafted cruise missile aimed right at Labor, the Greens, and anyone else representing a threat to the coalition. It often goes beyond misrepresenting leaders, candidates and policies, omitting material favourable to one side, and ignoring anything that undermines the cause. It often involves making stuff up. It also often consists of trawling the archives in search of embarrassing quotations from long ago, or statements by people who are complete outsiders to an election, but able to be associated with the party.

The jihads are often unashamedly over the top, a positive embarrassment to anyone who would call herself a journalist. Campaigns go company-wide, and, as often as not, the efforts in one medium are amped up by being treated as news in its own right in another one. Likewise, if the Herald Sun is at war on some issue, one can be fairly sure that the same war is being waged, with shared copy, in Brisbane, Sydney, Hobart and Adelaide.

Recent stories about women being bullied in politics underline how the target is often more important than the issue. Albanese was hammered by News.com (and, ultimately Nine and the ABC) over the “mean girls” bullying allegations; by contrast, Scott Morrison was dealt with mildly (for once) when he was accused of bullying.

A clear case of anti-Labor bias? By partisan operatives masquerading as journalists? By editors exploiting points of Labor vulnerability – amazingly, with a complete unanimity of opinion through the mastheads. Perhaps at the direction of sinister managers of News.com? Perhaps all the above, with the pile-on the clear sign that this had suddenly become a loyalty-oath matter for News.com commentators. Seasoned Murdoch-haters will see and allege any or all of the above.

Yet even while Morrison was receiving less scrutiny than he deserved, one might note that even News com was doing him few favours. It could hardly ignore the open warfare in the NSW Liberal Party, the rage and anger in northern NSW as Morrison again fumbled with his response to a natural disaster, or the apparent failure of the Budget to turn the tide of falling support for the coalition.

Labor’s been winning despite unremitting hostility from Murdoch tabloids

Those who fear the worst for Labor from News Com bias might recall that Labor was returned to office in both Queensland and Victoria in recent time and was restored to office in South Australia. In each case, there was textbook anti-Labor hysteria from the local News.com tabloids, as well as from Sky and other News.com ranters. The Sydney Daily Telegraph, and its on-line partner, might be very anti-Labor, but despite its clear bias, its customers tend to prefer Labor, usually by a big margin. Perhaps that is because its sports coverage, though opinionated, is fairly straight.

It is not merely a matter of the incapacity of these mediums to persuade their audience on how they should vote. They often fail to set the agenda as well. It appeared, for example, that the moral panic about African gangs – supposed to have made every Melburnian afraid to go out at night – caused a backlash – making many voters disgusted at the thinly disguised racial basis of the campaign and swinging instead to Labor. At the height of the Dictator Dan disturbances, with the Herald Sun (and the Australian) virtually inciting an uprising against Melbourne’s lockdown, the popularity of the premier, Daniel Andrews, seemed to actually increase.